Eswatini: Supreme Court Judgement constitutes a Threat to the Rule of Law

Home » Eswatini: Supreme Court Judgement constitutes a Threat to the Rule of Law 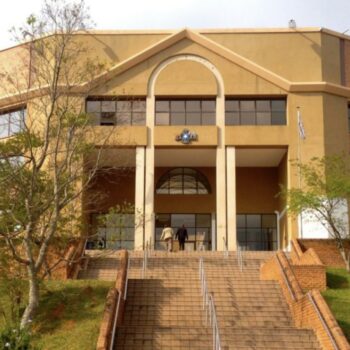 “Allowing the appeal to proceed constitutes a disregard for the governing rules of procedure. The rule of law means that no one, not even the government or state entity, is above the law, where the laws protect fundamental rights. The judgement presents a bad precedent, with crucial implications for protecting fundamental human rights.”

SALC is alarmed and appalled by this disregard for the rule of law and the rules of procedure to accommodate and facilitate what appears to be a political agenda. Such jurisprudence has the potential to weaken the entire legal system and raises serious questions about the independence of the judiciary.

In 2016, the High Court sitting as a full bench, declared Sections 3(1), 4(a), 4 and 5 of the Sedition and Subversive Activities Act of 1938 to be inconsistent with the Constitution, in particular, sections 23, 24 and 25 of the Constitution. The court further held that paragraph 1 of section 2(f) (g) (i) (ii) (iii), (j), paragraph (b), Section 11(1) (a) (b) and 11 (2), Section 28 and 29 (4) of the Suppression of Terrorism Act of 2008 were unconstitutional as it did not align with the provisions of freedom of speech and association in section 24 and 25 of the Constitution. The decision by the High Court was appealed by the State, resulting in various delays, which formed the basis of the judgment by the Supreme Court of Eswatini on 22 September 2022.

More information and background on the case can be found here.