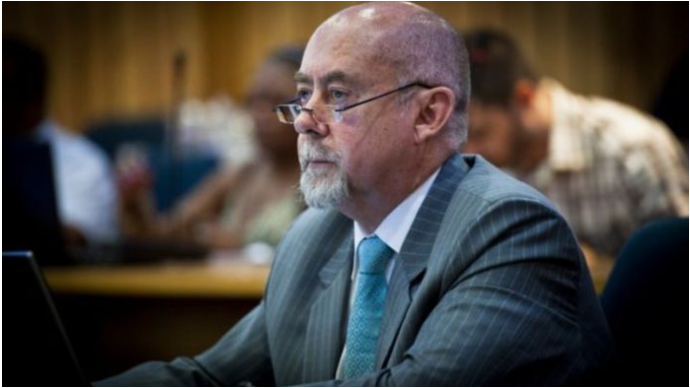 The recently renewed NPA should show its teeth

Wouter Basson is most notorious in South Africa and across the world for his leadership role in the chemical and biological warfare programme of the apartheid system, a programme that included Project Coast, where research into so-called “infertility vaccines” for black women and into traceless posions, among other things, was conducted.

This week, Basson again made headline news when it was (re)discovered that he remains listed on the website of private hospital group Mediclinic as a specialist in cardiology. An outcry on social media was further amplified by Mediclinic’s reaction on Twitter, which mentioned Basson’s license to practice was valid. While Basson’s engagement with Mediclinic is ethically highly questionable, we have to ask whether we should be surprised. The relationship between Basson and Mediclinic is long-standing and was already reported on in 2018. Could it be that parts of the South African society were oblivious to the fact that many perpetrators from the apartheid-era were never prosecuted? Or is the outcry symptomatic of an underlying issue in prosecuting such crimes? A closer look at the Basson case and the most recent apartheid-era crime prosecution – the case of Joao Rodrigues (Rodrigues) – provide further clarification.

The procedural history of the Basson case

While the Health Professions Council of South Africa (HPCSA) found Basson guilty of unprofessional conduct for his leading role in Project Coast in 2013, that decision was ultimately set aside by the High Court of Pretoria since two committee members should have had recused themselves. However, the legal battle with the HPCSA was not the first one.

In 1999, Basson was charged on 67 counts in the High Court of Pretoria. Remarkably, none of those charges included an indictment for crimes against humanity. Since some of the charges concerned alleged conduct in Namibia, Basson claimed to benefit from the Namibian blanket amnesty, which prevented the prosecution of South African forces for crimes committed in Namibia’s territory before its independence. After the presiding Judge quashed six charges at the beginning of the trial, Basson was eventually acquitted on the remaining charges in 2002. As the Constitutional Court would later conclude, the High Court erred in quashing those charges. Even though the Constitutional Court stated in its judgment that the National Prosecuting Authority (NPA) could re-indict Basson on those quashed charges, the NPA announced a couple of weeks later that it would not pursue any fresh charges against Basson. Whether the NPA’s decision was purely based on legal concerns or political influence is unclear. What is clear, however, is that Basson was re-employedin 1997 by the South African post-apartheid government.

Parallels between the Basson case and the Rodrigues case

A comparison to the Rodrigues case, which is another apartheid-era case, concerning the death of Ahmed Timol, illustrates alarming parallels. First, in both cases, the prosecuting authority failed to qualify the charged conduct as crimes against humanity. Even though both cases occurred in furtherance of the oppressive system of apartheid, the NPA did not characterise the conduct in question as crimes against humanity. Second, Basson and Rodrigues claimed to benefit from a blanket amnesty that would have prevented their prosecution. While Rodrigues, in his appeal in the Supreme Court of Appeal (SCA), referred to an alleged South African blanket amnesty, Basson referred to the Namibian blanket amnesty. As the judgment by the SCA in the Rodrigues case is still pending, the Constitutional Court concluded in the Basson matter that the Namibian blanket amnesty would not apply. Notwithstanding, the Namibian blanket amnesty, issued by the outgoing South African Administrator General five weeks before Namibia’s independence, remains to shield any member of the South African forces from Namibian prosecution up until today.

The underlying issue: inertia and lethargy

Going back to the Basson incident from last week, it becomes clear that the outcry is not merely a reactionary move. The outcry to the Basson incident last week should rather be considered a wake-up call that international crimes of such gravity cannot merely be forgotten. It represents the deeper dissatisfaction caused by a lack of truth and justice since most apartheid-era perpetrators were never investigated or prosecuted. The Truth and Reconciliation Commission (TRC) handed more than 300 cases over to the NPA for further investigation and prosecution. How can it be that in 2021, the prosecuting authority has only managed to initiate prosecutions in not even a handful of cases? While the prosecuting authority is tasked with vindicating the truth and administering justice, the sluggish approach taken in the past 20 years paints another picture. It is further striking how the NPA remains determined not to characterise criminal conduct that occurred in furtherance of apartheid as crimes against humanity. A crime against humanity is a crime that is of such severe gravity that it shocks the conscience of mankind. As I argued previously in the context of the Rodrigues case in the SCA, domestic, regional and international jurisprudence demonstrates that blanket amnesties are not applicable to crimes against humanity, and cannot absolve perpetrators from accountability. To overcome legal hurdles such as blanket amnesties or a potential time bar in prosecuting apartheid-era crimes and characterise such crimes as crimes against humanity, the prosecuting authority must be decisive in its approach. For instance, as confirmed by the High Court in the Rodrigues case, there is still time for the NPA to amend its indictment to include crimes against humanity. Given the recent structural changes within the NPA, it remains to be seen whether the NPA will take a more determined stance in this new decade.