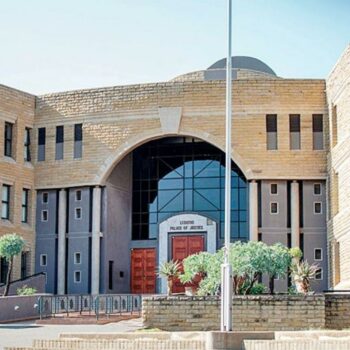 On 12 September 2022, the High Court of Lesotho (sitting as the Constitutional Court) concluded that the State of Emergency, which the Prime Minister declared on 16 August 2022, was unconstitutional. In the matter of Boloetse & Tuke v His Majesty the King and Others, the Court held that the recall of Parliament was outside the powers of the King and that the Parliament, therefore, had no constitutional authority to pass the two bills amending the Constitution and the Electoral Act.  The Court concluded that:

“It is in the nature of the democracy that Parliament passes some bills and fails to do so with others. This does not portend an emergency at all, irrespective of the expectations by powerful interests in a bill. The disappointment when a bill of popular interest fails to be passed into a law cannot be equated to an imminent and actual threat to the life of a Nation.”

The Southern Africa Litigation Centre (SALC) welcomes the decision by the Court as it reiterates the vital importance of the rule of law in a democratic society. As confirmed by the Court, a declaration of the State of Emergency based on a failure to pass two bills before the 10th Parliament was dissolved did not satisfy the strict requirements for a State of Emergency under the Constitution of Lesotho. In this context, SALC’s Civic Rights Cluster Programme Manager stated:

“The ends cannot justify the means. While we acknowledge that the Constitutional and the Electoral Act amendments are important and a step in the right direction, declaring the State of Emergency for the sole purpose of recalling the Parliament and passing two amendment bills creates a dangerous precedent.”

SALC further commends the applicants who challenged the state of emergency as well as the recall of Parliament and who initiated the constitutional review by the High Court.

On 16 August 2022, the Prime Minister of Lesotho declared a State of Emergency in Lesotho, which remained in force until 30 August 2022. The purpose of the State of Emergency was to recall Parliament to pass two bills amending the Constitution and the Electoral Act. After the Parliament was recalled on 23 August 2022, both amendment bills were passed by the Parliament of Lesotho. A constitutional challenge regarding the declaration of the state of emergency, recall of Parliament and passing of the two bills was filed in the High Court of Lesotho. In his answering affidavit, the Prime Minister had referred to the “government’s national responsibility to honour its commitment to international partners who sponsored reforms process” to emphasise the importance of passing the two bills in question.