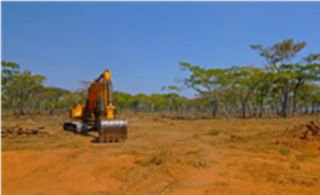 On 19 October 2021, the Mapepala and Nabowa Community Forest Management Groups (CFMG), together with Kasanka Trust Limited, commenced an action in the Lusaka High Court challenging large-commercial agriculture and related activities within the protected Kafinda Game Management Area (KGMA) and the Mapepala and Nabowa Community Forest (MNCF). The said activities include:

These activities have resulted in massive environmental degradation with a long-term adverse effect on the area’s ecosystem and, significantly, on the livelihoods of the indigenous Mapepala and Nabowa communities whose ancestors occupied the land that was later gazetted as the Kasanka National Park and who depend on the Loumbwa River and other natural resources within the Kasanka National Park for survival.

On 25 January 2022, the High Court of Zambia granted an interim injunction retraining Lake Agro Industries and Gulf Adventure Limited from further deforestation and development activities within the Kafinda Game Management Area. The Court correctly stated that an injunction in these circumstances would protect the environment from any further damage, which cannot be atoned for by damages.

In the Court of Appeal

On 1 February 2022, Lake Agro Industries and Gulf Adventures Limited appealed against the entire ruling of the High Court.