Universal Jurisdiction – a useful tool for prosecuting international crimes: Comparing the use of universal jurisdiction in Germany and South Africa

Home » Universal Jurisdiction – a useful tool for prosecuting international crimes: Comparing the use of universal jurisdiction in Germany and South Africa 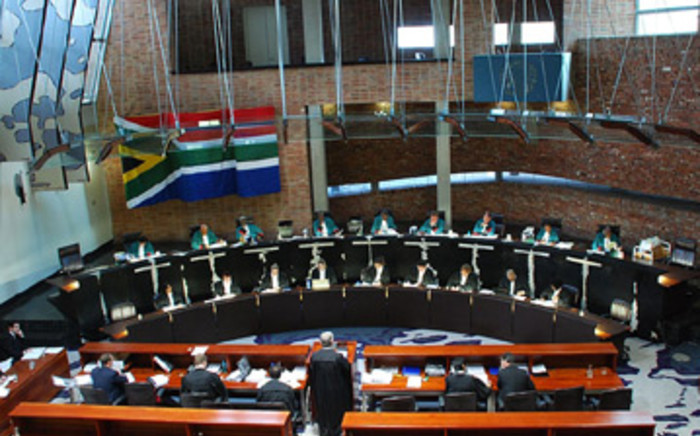 International crimes must be prosecuted and domestic jurisdictions are well placed to do this. Domestic prosecutions based on universal jurisdiction are proceeding in Germany for crimes against humanity committed in Syria.

The German words “Ich klage an”, which translate to “I charge”, are the first words spoken by the Senior Public Prosecutor on 23 April 2020 in Koblenz, Germany. This marked the beginning of what looks set to become a landmark trial for accountability in international criminal justice. This is the moment that the Syrian torture survivors have  been waiting for. These prosecutions are the outcome of many years’ investigations by German authorities with the support of Syrian witnesses, Syrian human rights lawyers and civil society organisations. What followed was an indictment for crimes against humanity of two former members of the Syrian security apparatus, which includes 4 000 cases of torture, 58 murders, as well as cases of rape and sexual assault.

Looking at this prosecution from a South African perspective, the German  case reminds us of the groundbreaking 2014 Constitutional Court decision in National Police Commissioner of the South African Police Service v Southern African Human Rights Litigation Centre Trust (The Torture Docket case) where the court held that the South African authorities (South African Police Services, or SAPS, and the National Prosecution Authority, or NPA) had a duty to investigate and prosecute international crimes committed in Zimbabwe. This related specifically to crimes against humanity of torture.

How can German authorities prosecute Syrians for alleged crimes committed against Syrians in Syria?

The short answer is that they can use the principle of universal jurisdiction which allows states to prosecute certain international crimes such as war crimes or crimes against humanity without having a link of territoriality or nationality to the country where the alleged crime occurred. States have interpreted this principle in different ways. While the German International Criminal Code adopted a broad interpretation of this principle without any pre-conditions, the South African legislation, for instance, adopted a stricter approach which requires accused persons to be in the country. The trial in Germany also shows the crucial role of survivors and civil society organisations in supporting such cases. At the same time, it reveals an intrinsic inertia by state authorities to initiate such processes.

The Torture Docket case: Investigating Zimbabweans for crimes committed against Zimbabweans in Zimbabwe

In the Torture Docket case, the Johannesburg based NGO the Southern Africa Litigation Centre (SALC) challenged a decision by the SAPS and the NPA not to investigate crimes against humanity of torture that had allegedly been committed in Zimbabwe. Under the ICC Act, South African authorities may prosecute individuals for crimes committed outside South Africa if the accused person is present in the territory. However, from a legal perspective, the stage of prosecution and investigation differ substantially. Therefore, a major question of the Torture Docket case was, how to apply the principle of universal jurisdiction in the stage of investigations. In a landmark decision, the Constitutional Court held that the SAPS and NPA have a duty to investigate torture as a crime against humanity based on the principle of universal jurisdiction. The Court, however, set up pre-conditions that must be met in such a case: (i) that the country where the alleged crimes occurred is unable or unwilling to prosecute; and (ii) that there must be an “anticipated presence” of the suspect in South Africa.

The inertia of state authorities – where do we stand after six years of investigations?

While cases like the Torture Docket case constitute significant steps in the fight against impunity, the obvious question is: Where do we stand six years after the Constitutional Court judgment? Today, SAPS is still investigating the alleged cases of torture in Zimbabwe from 2007, even though the Constitutional Court emphasized the importance of time in its judgment:

“There has already been an inordinate delay in this matter, in large parts due to the tardiness on the part of the NPA and the SAPS in processing the request (…) An expedited investigation is of paramount importance as the unearthing of evidence may become more difficult with time. Constitutional obligations must in any event be performed diligently and without undue delay.”

Acknowledging that the prosecution of international crimes might take longer than ordinary cases due to the massive amounts of evidence, six years of investigations hardly constitutes an “expedited investigation”. The lethargy which SAPS has displayed in this investigation is disappointing.

The tardiness of the NPA should, however, also not surprise us. Twenty years ago, the Truth and Reconciliation Commission submitted more than 300 cases of alleged apartheid-era crimes for further investigation to the NPA. Even though some of these cases may qualify as crimes against humanity, victims, relatives and friends are still waiting for prosecutions to be initiated. The apartheid-era cases further demonstrate that disappearing evidence constitutes a serious threat to any prosecution and search for justice. While the National Director of Public Prosecutions, Shamila Batohi, stated in November 2019 that the NPA would consider how to “utilise the legal framework to be more creative in even perhaps charging apartheid as crime against humanity”, it remains to be seen whether the NPA is serious about prosecuting international crimes such as the Torture Docket or apartheid-era crimes.

On a positive note, comparing the trial in Germany and the Torture Docket case, one can see the importance of civil society organisations in the process of building those cases. As SALC pushed for an investigation of crimes against humanity in Zimbabwe in the Torture Docket case, the commencement of the trial in Germany can be attributed to a large extent to the research and analysis of the European Centre for Constitutional and Human Rights (ECCHR) which supports 17 witnesses in the case. These cases highlight that the principle of universal jurisdiction has become a useful tool to hold perpetrators of international crimes to account.

In the interest of seeking truth and justice, these types of cases send the clear message that there is no safe haven for perpetrators of international crimes. When such atrocities occur, they do not only shake the consciousness of the people of Syria or Zimbabwe, but the consciousness of humanity.  On this basis, there can be no exclusive jurisdiction by one state to prosecute, but a universal jurisdiction of any willing state.

The article can be accessed here.