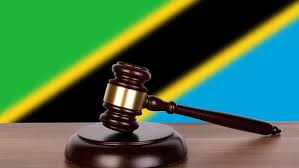 The below mentioned organisations are deeply concerned that the Tanzanian government has announced that it has withdrawn the right of individuals and NGOs to directly file cases against the State before the African Court on Human and Peoples’ Rights (The Court). On 14 November 2019, the Tanzanian Minister of Foreign Affairs and East African Cooperation, Prof Palamagamba Kabudi, signed the notice of withdrawal of the declaration made under Article 34(6) of the African Court Protocol, the notification was sent to the African Union on 21 November 2019.

The withdrawal comes as a shock to the human rights community, as it undermines the authority of the African Court and defeats the purpose of its establishment. The Court was established in order to create a strong and credible regional human rights body to hold states accountable and to provide individuals with a measure of access to justice. Furthermore, the Court was put in place to reinforce the functions of the African Commission on Human and Peoples’ Rights and to ensure the protection of human rights in Africa. Judgments handed down by the Court are binding and state parties are required to guarantee their execution. Regional human rights bodies such as these play a critical role in holding states accountable for human rights violations and abuses.

Tanzania’s withdrawal comes soon after the Court made an order against the Government of Tanzania. On the 28th November 2019, the Court ordered the Government of Tanzania to remove from the penal code the mandatory imposition of the death sentence imposed on persons convicted of murder. The Court noted that this section of the penal code is a violation of the right to life as stipulated in the African Charter on Human and People’s Rights. Needless to say, with Tanzania’s recent notice of withdrawal, it is clear that this particular judgment as well as others, will no longer be complied with the State.

It is gravely concerning that the Government of Tanzania, the host of the Arusha-based Court, not only has the highest number of cases filed by its citizens and NGOs, but it also has the highest number of judgments issued against it by the African Court. The Government of Tanzania’s decision will leave individuals keen on pursuing remedy before the continental court with no platform for redress, and moreover, will deprive citizens and NGO’s who are victims of human rights violations from accessing justice. Tanzania is also state party to the East African Community (EAC), however the Tanzania government has also refused to implement several East African Court of Justice (EACJ) judgements against it. Furthermore, the Tanzanian government has already denied their citizens access to a regional court by participating in the withdrawal of individual access to the SADC Tribunal, a Southern African regional court, and this latest withdrawal from a continental human rights body is evidence of the government’s disregard for human rights and accountability.