SALC Oral Statement: At the African Commission on Human and People’s Rights on the Human Rights Situation in Zimbabwe and Malawi

Home » SALC Oral Statement: At the African Commission on Human and People’s Rights on the Human Rights Situation in Zimbabwe and Malawi 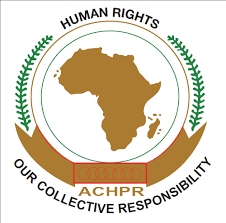 On the 24 October 2019, SALC delivered an oral statement at the the 65th Ordinary Session of the African Commission on Human and People’s Rights.

Zimbabwe
Zimbabwe is in crisis facing chronic shortages of physical money, the country’s economy has faced a steep economic contraction this year, with the country’s year-on-year inflation having soared up to 300%. The soaring inflation has led to widespread suffering of the people, whose wages have been eroded by the spiralling rate of prices of basic goods. Other challenges faced include forced evictions, internet shutdowns, food insecurity, and insufficient access to healthcare, clean water as well as the right to education-with a large proportion of children being turned away due to non-payment of school fees.

With regards to freedom of expression the state has arrested several people on charges of undermining the authority or insulting the President. With regards to freedom of assembly and association, during the period of January to September 2019, authorities have continued to supress freedom of association and peaceful assembly as well the right to demonstrate and petition. They have used lethal and excessive force against protesters to quell demonstrations.

With regards to Abductions, Arbitrary Arrests and Torture, some people have been recently abducted by unknown armed men with masks and later released or charged with various criminal charges. The victims of abduction were also tortured by their abductors. Zimbabwe is yet to ratify the Convention against Torture and other Cruel, Inhuman and Degrading Treatment and the International Convention for the Protection of All Persons from Enforced Disappearance.

On 18 October 2019 Tafadzwa Hilton Tamangani died in police custody. Tamangani had developed a fatal infection on the deep wound that he had sustained because of beatings by riot police. The current prison conditions in Zimbabwe’s remand prison are harsh, with poor access to medical assistance, inhabitable conditions, limited access to food and clean drinking water as well as poor sanitation.

The Police have also threatened and arrested journalists, medical doctors and lawyers monitoring the protests or assisting protestors. This includes the recent abduction of Dr. Peter Magombeyi. On Saturday, 19 0ctober, a photo journalist was assaulted by the riot police during running battles between the police and vendors in Harare. Four police officers beat her up with baton sticks on her back. The authorities have failed to arrest, prosecute and hold accountable perpetrators who have committed abductions, torture and unlawful killings since August 2018.

With regards to the inability of Zimbabwean citizens residing in the diaspora to vote. The African Commission on Human and Peoples’ Rights has already held that a refusal for the diaspora to vote violates the provisions violate the African Charter on Human and Peoples’ Rights; however, Zimbabwe has not implemented that decision.

In light of the above, we request the Commission to call upon the Government to respect the rights of citizens to freedom of expression and association, to investigate all arbitrary arrests and to for the perpetrators to be held accountable. We further call on the State to ratify the international convention against torture, and lastly we call on the Commission to encourage Zimbabwe to improve its prison conditions and to bring them in line with international standards.

Malawi held general elections earlier this year. There was nation-wide unrest resulting from the outcome of the elections, a case challenging the outcome of the elections was taken to court several months ago and is still awaiting a decision. There are serious concerns regarding judicial persecution, harassment and intimidation of human rights defenders, journalists and CSOs. They have been persecuted, intimidated, harassed and threatened. For example, on 5th July 2019, Zomba-based human rights activist, Madalitso Banda, was forced to flee his home after he found an unexploded petrol bomb near his house. On 9th July 2019, Malawi Police arrested prominent HRDs, Gift Trapence and Reverend McDonald Sembereka, on false allegations of misappropriating funds. On 15th August 2019, three petrol bombs were thrown at the car and home of Timothy Mtambo, the chairman of Malawi’s Human Rights Defenders Coalition. Senior government officials often incite attacks on human rights defenders and civil society organizations by making derogatory statements against activists and likening them to enemies of the state. On numerous occasions, authorities attempted to intimidate journalists who reported criticism of the ruling party.

In light of these few highlights, We call on the Commission to urge the government of Malawi to respect the rights of Human Rights Defenders, journalists and the work of civil society organisations, and we call on the state to urge the judiciary to fast track the election case which is contesting the outcome of the elections and which has resulted in civil unrest in the country.

Thank you for the opportunity.