News Release: Stolen election in the DRC does not bode well for peace and security

Home » News Release: Stolen election in the DRC does not bode well for peace and security 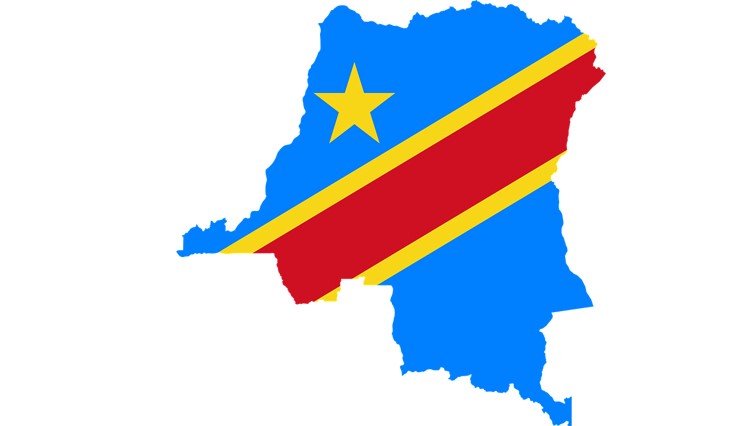 The Southern Africa Litigation Centre (SALC) is deeply concerned for ongoing peace and stability in the DRC following massive election fraud and a questionable decision from the Constitutional Court. Despite the 2018 elections being the first to lead to a democratic transfer of power, there remain serious legitimacy issues at play. The Southern African Development Community (SADC) in particular has given its blessing to the Independent National Election Commission (CENI) and is supporting the outcome of the constitutional legal challenge which has recognised opposition candidate Felix Tshisekedi[i] as the election winner.  On Sunday 20 January 2019, the Constitutional Court of the Democratic Republic of Congo handed down a decision following an electoral challenge filed by opposition candidate Martin Fayulu.[ii] The challenge which called for a vote recount was dismissed by the Constitutional Court. According to leaked election results obtained by the Financial Times, Fayulu is widely believed to have received nearly 60% of the vote while Felix Tshisekedi received 19%.[iii] There are strong indications of a massive election fraud. Only the African Union asked the DRC to suspend the announcement of the final election results. SADC has congratulated Tshisekedi who was inaugurated as the new President on Thursday 24th January. Even though only the Kenyan head of state was in attendance representing Africa, many countries are taking their lead from SADC and South Africa in recognising Tshisekedi; it is notable however that few states have sent their congratulations.

Prior to the decision of the Constitutional Court, CENI, mandated by the state to organise and announce the results of the elections, declared Tshisekedi the winner. This was met with deep concern from the Catholic Church which deployed more than 40 000 election monitors across the country and who encouraged CENI to respect the decision of the Congolese people. In its report, the Catholic Church notes that ‘the results of the presidential election as published by the CENI do not correspond to the data collected by [its] observation mission’ (translated)[iv]. Fayulu has accused former President Joseph Kabila’s outgoing administration of falsifying the results to declare Tshisekedi the winner after the hand picked ruling party candidate performed poorly in the elections.

In a telephone conversation with Jean Paul Mulagize of Lutte Pour Le Changement (LUCHA)[v] on 24th January 2019, Mulagize confirmed to SALC that even though calm has returned in the DRC, there is still visible police and military presence in the streets and many people who were arrested during the post-election protests remain in custody including two of his colleagues.  Despite the fact that three major opposition strongholds of Yumbi, Beni and Butembu with an estimated total population of 1.2 million people were prevented from voting due to alleged health and security concerns, the inauguration of the new president proceeded as planned without any consideration for the views of this part of the electorate. This exclusion poses a risk for future peace and security in the DRC.

The election result contributes to the suspicions and fears that outgoing President Joseph Kabila did manage to orchestrate the outcome, and cut deals with Tshisekedi which could enable him to retain some power and possibly acquire immunity from future prosecution. In an attempt to clamp down on protest and demonstrations the state shut down internet services the day after elections (31st December 2018) and only reconnected internet services nearly three weeks later. The attacks and arrests of journalists in 2018 as reported by Reporters without Borders remains a concern.

The people of the DRC have a constitutional right to protest; participate in peaceful demonstrations and to express their opinion on the electoral results. We are concerned that the international community has resigned itself to accept a stolen election. The manipulated election result does not lay the foundation for a strong government with any legitimacy to lead the DRC. We remain disappointed that African heads of states have failed Congolese citizens by their inability to guarantee that the decision of the Congolese people was translated into support for a recount to determine the real winner. This failure is a missed opportunity for democratic governance and for the peaceful transfer of power. Our hope for the DRC is that this transition will lead to security and peace for the Congolese people.

We call upon President Tshisekedi as the new leader of the DRC:

[i] Felix Tshisekedi, is the son of the country’s long-time opposition leader, Etienne. He is relatively new in politics and only became the leader of Union for Democracy and Social Progress in March 2018 after his fathers death. For more on Tshisekedi, see for example, G Ritchie, ’Who is Felix Tshisekedi? Mail and Guardian (Johannesburg) 10 January 2019 available at https://mg.co.za/article/2019-01-10-who-is-felix-tshisekedi (Assessed 24 January 2019).

[ii] Martin Fayulu, is a Congolese politician and the leader of the Commitment for Citizenship and Development Party launched in 2009. For more on Fayulu, see for example, G Ritchie, ‘Who is Martin Fayulu?’ Mail and Guardian (Johannesburg) 14 January 2019 available at https://mg.co.za/article/2019-01-14-who-is-martin-fayulu (Accessed 24 January 2019).

[v] LUCHA is a non-partisan organisation based in Goma, for details, see http://www.luchacongo.org .

Civil Society Organisations wrote a letter to the Special Rapporteur on the Independence of Judges and Lawyers on the killing of Judge Raphael Yanyi Ovungu. Here is the English version…