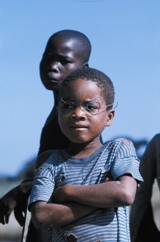 SALC IN THE NEWS: WHEN THE DUST SETTLES, WHO WILL PROVIDE JUSTICE FOR XENOPHOBIA VICTIMS?

The deplorable and execrable attacks on foreign nationals in South Africa have exposed many alarming gaps and inadequacies. Gaps in leadership at the domestic and regional level and major gaps with regard to access to justice and accountability.

Estimates indicate that 300 perpetrators have been arrested but how efficiently and effectively will the South African justice system process these cases?

In 2008, the xenophobic attacks left at least 62 dead, hundreds wounded, and contributed to the displacement of 100 000 people or more. Yet police investigations did not proceed to levels where prosecutions could be achieved. Neither the South African Police Service, nor the National Prosecuting Authority nor the Department of Justice have taken active steps to remedy this.

Access to justice for foreign nationals in South Africa is riddled with complications as foreigners do not feel that they are taken seriously by the first port of call — law enforcement. Proceeding to courts and accessing legal aid is made increasingly difficult if the police refuse to even take a victim’s statement or open a docket if the complainant is unable to produce a green ID document, as is frequently reported.

Given the regional and continental implications of xenophobia, surely this is an appropriate time to reflect on national and regional judicial mechanisms? Ideally when local remedies have been exhausted or are simply inadequate one should be able to seek justice at a regional level. Sadly, in the Southern African Development Community (SADC) we are confronted with yet another gaping hole: the defunct SADC Tribunal.

The SADC Tribunal was also established in 1992 with a vision that included being “a world class international court in an integrated SADC region that promotes and protects human rights, democracy and the rule of law”. This objective is far from being realised as the Tribunal was disbanded in 2012 after handing down a judgment pertaining to Zimbabwe’s land reform programme. The demise of SADC’s primary judicial institution is contrary to this alleged commitment to peace and security.

While it remains dormant, the Tribunal is undergoing a process of resuscitation that begun with a disturbing new protocol that limits the jurisdiction of the court to interstate disputes only. Effectively preventing individuals from coming before the Tribunal with their grievances. Take for example the victims of xenophobic attacks in South Africa, after finding no justice in South Africa they will not be able to approach the Tribunal.

Thankfully, the protocol requires signature and ratification from 10 of the 15 members before it can come into force. Currently, there are nine signatures and no ratifications. Six African presidents have chosen to remain above the fray by not signing — Angola, Botswana, Madagascar, Mauritius, Seychelles, and Swaziland. The same cannot be said about the other nine (including South Africa’s president, Jacob Zuma) who have all signed the Protocol. By undermining regional judicial mechanisms states are failing to protect their citizens.

All this blatantly points to poor leadership on a domestic and regional level. Why are our heads of state signing protocols that violate access to justice? Why are our heads of state failing to adequately address outbreaks of extreme violence against foreign nationals? A full week of attacks took place before Zuma made an official statement condemning the violence. Prior to that, his administration chose to avoid the word “xenophobia” and portrayed the problem as pure criminality in an attempt to keep South Africa’s problems one dimensional. Once again a classic example of poor leadership.

SADC’s condemnation of the violence was also belated and seems to applaud the Zuma administration for condemning the violence. Condemnations are not a sufficient response. What about calling for more concrete steps to be taken? Surely, as the regional governing body, more is required?

When the dust from these recent attacks settles and victims begin the justice seeking process, it is hoped that both the domestic and regional courts will be up for the task. Access to justice means more than empty statements and promises from leaders with questionable track records on human rights. It needs consistent action, political commitment, and independent judicial fora capable of delivering justice indiscriminately.

Angela Mudukuti is the international criminal justice lawyer at the Southern Africa Litigation Centre, in Johannesburg.