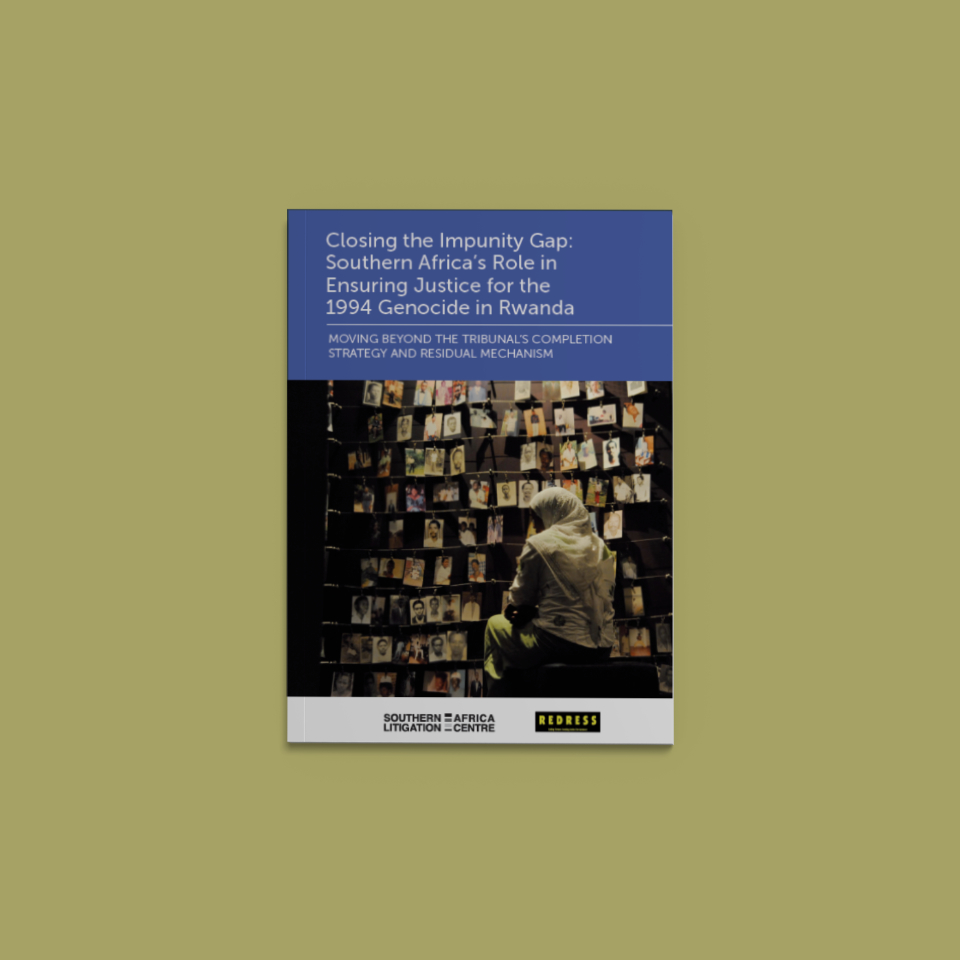 The Southern Africa Litigation Centre and REDRESS are pleased to share the Report, Closing the Impunity Gap – Southern Africa’s Role in Securing Justice for the 1994 Genocide in Rwanda.

The attached Report draws on the outcomes and findings of the Conference “Closing the Impunity Gap: Southern Africa’s Role in Ensuring Justice for the 1994 Genocide in Rwanda Moving Beyond the Tribunal’s Completion Strategy and Residual Mechanism” held in collaboration with African Rights and REDRESS.

The Conference, attended by 70 delegates from 16 countries, served as an awareness-raising, capacity building and justice initiative aimed at ending safe havens in Southern Africa for suspects of the 1994 genocide in Rwanda.

The Report, based on speakers’ and participants’ contributions and additional research carried out by SALC and REDRESS outlines the legal obligations of southern African states that are triggered by the presence of genocide suspects in their borders; identifies and addresses challenges that southern African states need to overcome to ensure that genocide suspects living within their borders do not escape justice; and emphasizes the need for Southern African cooperation with the International Criminal Tribunal of Rwanda and the forthcoming Residual Mechanism.

It is hoped that the Report will serve as the beginning of a long-term project that recognizes the urgent need for national and regional strategies that will see Southern Africa acting in concert to address the impunity of not only those responsible for Rwanda’s genocide but all perpetrators of international crimes.