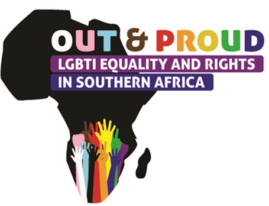 From 1-3 November 2022, over 50 LGBTIQ+ activists from 15 Southern African countries convened in Johannesburg, South Africa, for the third Regional LGBTIQ+ Activist Forum under the Out and Proud in Southern Africa project, co-funded by the European Union. The forum was preceded by the one held in March 2022, from which activists wrote a statement urging the African Union and SADC Member States to do more to protect sexual and gender minority individuals.

The forum’s theme centered around fostering alliances, strengthening solidarity and celebrated the resilience and perseverance of queer communities and movements in the region. Perseverance was demonstrated by individuals such as Sheriff Mothopeng, who navigated the harsh and often discriminatory political landscape to contest political office in Lesotho. Despite battling the shrinking civic spaces, restrictive legislation, shrinking resources, and the increasingly loud voices of fundamentalism, sexism, and patriarchy; Mothopeng proved that perseverance and steadfast commitment to the course could achieve small wins; they ran a seamless campaign highlighting the need for reform and set a groundbreaking precedent.

The speakers and participants emphasised that queer people in the region must work in solidarity to push boundaries while addressing challenges such as criminalisation, restricted freedom of association, violence, and discrimination against LGBTIQ+ persons.

The forum also critiques the Financial Action Task Force (FATF) recommendations which have seen governments throughout the region enact legislation under the pretext of recommendation 8. Restrictive NGO legislation has been passed with such urgency that consultations with CSOs and the public are neglected. The forum provided a space for partners to learn what governments in Botswana, Lesotho, Mozambique, South Africa, Seychelles, and Zimbabwe, have done to implement the FATF recommendations and how CSOs are tracking, monitoring, and addressing these emerging challenges. This is an example of speaking to power and using social currency to engage, something we heard a lot about during the forum regarding working as a movement.

Throughout the three days of engagements, the key message was that the queer communities must speak in one voice, insist on representation, claim spaces of power, push back, and use social influence to fight injustices; still, all the while being mindful that the power that we seek, should not oppress others, collective advocacy means intersectional work.

In the words of Botswana’s former President of the Court of Appeal, “The tide has turned in support of [LGBTIQ+] rights” in solidarity, queer activists in the Southern African region challenge our States to listen to Justice Kirby and remove all systemic oppression against queer citizens.