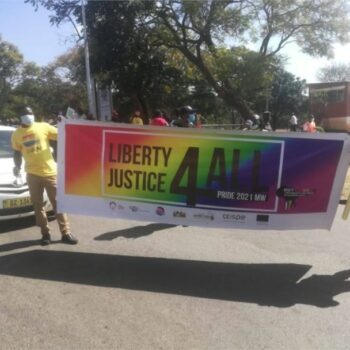 Malawi, Blantyre, 21 September 2022: From 26 to 30 September 2022, the High Court of Malawi, sitting as a Constitutional Court, will hear a case brought by members of Nyasa Rainbow Alliance (NRA) challenging the refusal by the Ministry of Justice through its office of the Registrar General to register NRA, an organisation which advocates for the rights of LGBTIQ+ persons in Malawi, including through the provision of support and referral to welfare and HIV services.

On 26 July 2016, the Board of Trustees of NRA applied for the organisation to be registered as a Trust under the laws of Malawi. On 18 May 2017, the Ministry of Justice’s Department of Registrar General in Malawi sent a letter to NRA rejecting the proposed registration.

The Registrar General rejected the NRA’s application for registration, stating that the Penal Code criminalises consensual sex between same-sex persons and that NRA’s membership engages in such unlawful practices. The State did not provide any evidence to support its claims.

The case brought before the High  Court is not for decriminalising same-sex sexual conduct but for registering the NRA as an organisation that strives to protect all persons’ rights and fundamental freedoms, including LGBTIQ+ individuals. The Penal Code prohibits same-sex sexual conduct or acts but does not criminalise individuals based on their sexual orientation or gender identity.

In its submissions, NRA argues that the refusal to register the organisation violates the human rights of LGBTIQ+ persons, such as, amongst many others, the right to equal treatment and protection before the law, the right not to be discriminated against based on sexual orientation, gender identity and expression; the right to freedom of association, assembly, and expression, and to be treated in a manner that respects their dignity.

The members of NRA are represented by Chikondi Chijozi, supported by the Southern Africa Litigation Centre (SALC).