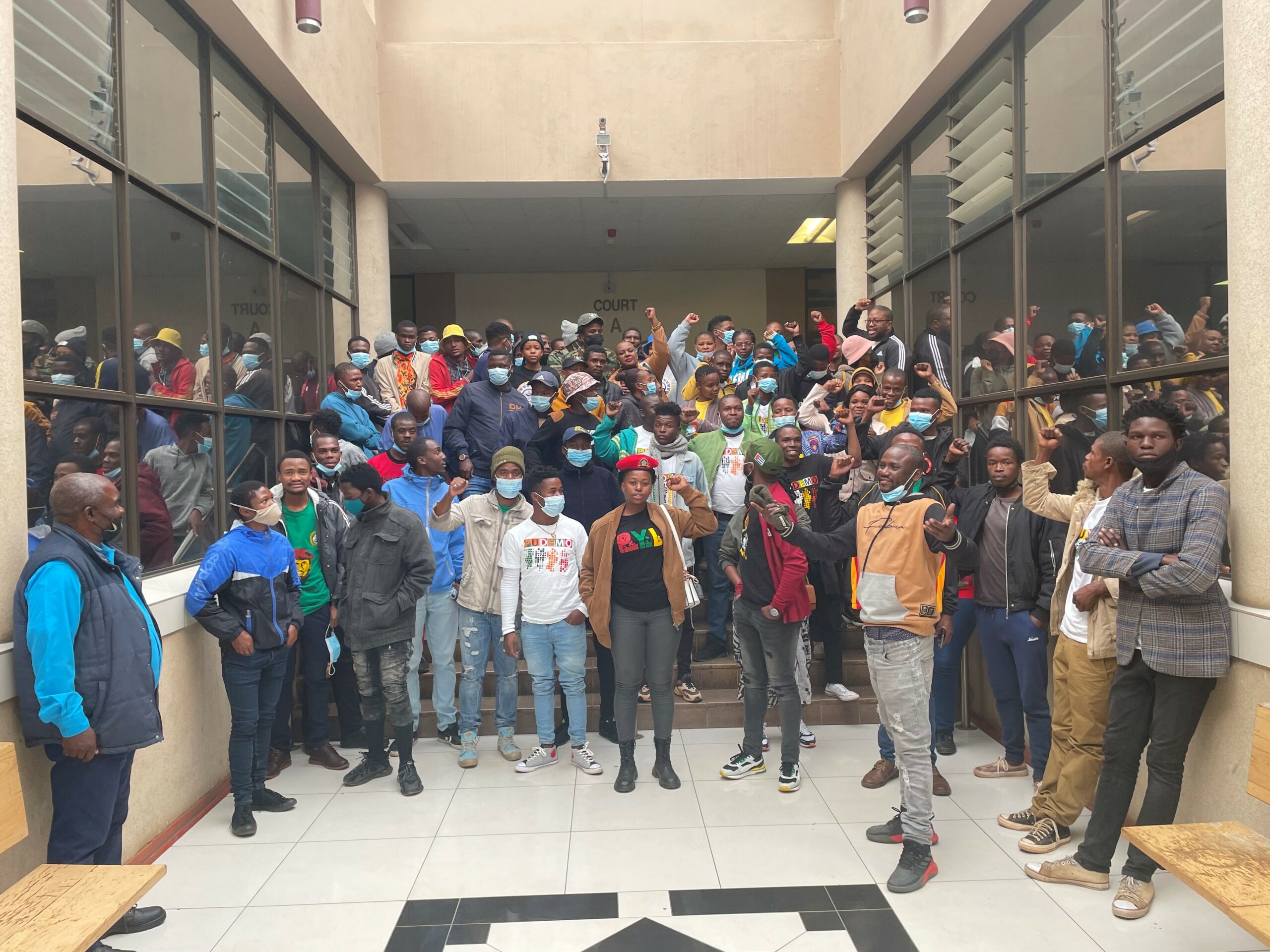 On the morning of 10 June 2022, the Supreme Court of Eswatini held the hearing of interlocutory questions related to the appeal filed by the State after a 16 September 2016, High Court ruling declared unconstitutional certain provisions of the Sedition and Subversive Activities Act (1938) and the Suppression of Terrorism Act (2008). Section 24 of Eswatini’s 2005 Constitution provides that “a person has a right of freedom of expression and opinion,” which includes “freedom to hold opinions without interference” and “freedom to communicate ideas and information without interference.” Despite that, the Sedition and Terrorism Acts have been continually used by Eswatini’s government to stifle dissent and silent criticism.

The hearing session was closely followed by the Southern Africa Litigation Centre, not to mention dozens of PUDEMO (People’s United Democratic Movement) members, who filled the court room singing songs before the session started. Most of the respondents are members of the political party PUDEMO, deemed a terrorist organisation by the Eswatini government since 2008.

Speaking on behalf of the Eswatini Government, advocate Gregory Harpur argued for the condonation of the late filing of the record of proceedings by the Attorney General. He also made submissions in defense of the atypical amendment of the notice of appeal. Representing three of the respondents, advocate Jonathan Berger urged the Court to “look into the delinquent behaviour of the AG’s Office” and pointed out that “we are in 2022 and there has not been finality in the matter.” After hearing the parties’ submissions, the Supreme Court reserved its judgment.

Despite not addressing the merits of the appeal, the issues presented to the Court highlights the utmost importance of the due process of law to the effective protection of human rights by courts in Eswatini and across the continent.

The right to a fair and speedy public hearing within a reasonable time by an independent and impartial court is enshrined in the section 21 of the Constitution of Eswatini. Notwithstanding, six years later some of the respondents died without receiving a final answer from the Judiciary and the remaining ones still wait for justice. On the contrary, the due administration of justice repels arbitrary and abusive acts and guarantees respect for the due process of law.

Judicial actors need to understand that the effective delivery of justice is inseparable from adherence to the rule of law. Abuse of judicial procedure, whether by state or private actors, walks hand-in-hand with tolerance for rights violations. Under the rule of law, diligent and strict observance of procedural rules is never discretionary, but a safeguard against capricious and arbitrary measures and a guarantee that the laws will be properly applied in the way they are supposed to. In this context, it is important to emphasise that the government’s right to appeal an unfavorable decision does not extend beyond their obligation to exert this right in conformity with the procedural rules by which it is defined and limited.