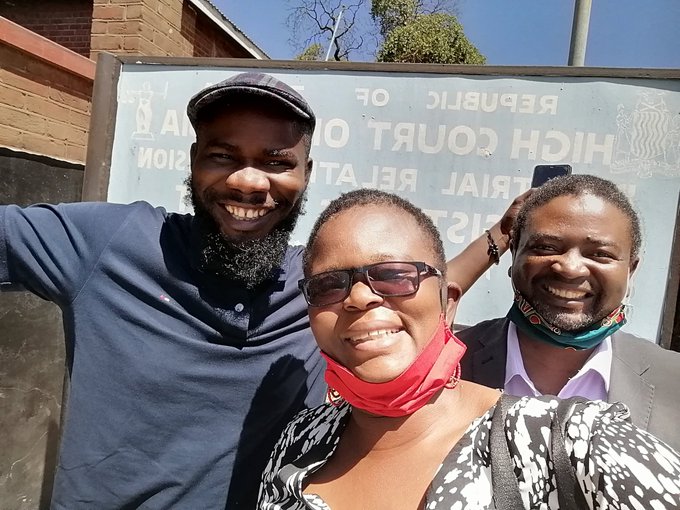 On Saturday, 21 December 2019, Fumba Chama, popularly known as Pilato, a Zambian human rights defender and musician, was arrested for unlawful assembly in violation of the Public Order Act, due to his hosting of a youth forum which aimed to raise awareness about governance, corruption and civic responsibility.

Upon hearing the news of Pilato’s arrest, fellow HRDs, Laura Miti and Bornwell Mwewa, from the Alliance for Community Action (ACA), travelled from Lusaka to Livingstone to visit Pilato and to obtain information from the Zambian Police on the reasons for his arrest. On arrival at the police station, Laura Miti was accused of using her cell phone to document footage of the police and her phone was forcibly removed from her. She made immediate enquiries as to why her phone was removed and the police proceeded to arrest and charge her with assault on a police officer and disorderly conduct.

Bornwell Mwewa was present and witnessed the situation and proceeded to question why Miti was being arrested. This resulted in him also being arrested and charged with assault of a police officer and disorderly conduct.

On Monday, 13 January 2020, Miti and Mwewa appeared in court where several police witnesses gave testimony. Subsequently, on the 11th and 13th March, Miti and Mwewa appeared in Livingstone Magistrates Court, where several other witnesses gave testimony. On 20 July 2020, the accused testified in their defense. On 7 September 2020, the Magistrate acquitted Miti and Bornwell due to dissimilarities of the prosecution witness testimonies. The charges against Pilato were subsequently also dropped.

On 20 January 2020, SALC in a joint statement with Amnesty International condemned the arrest of Pilato, Miti and Mwewa. On 17 March 2020, SALC released a further statement strongly condemning the threats to civic space and continued violations of the right to freedom of expression and association in Zambia.