Opinion: Eswatini’s citizens condemn lavish spending by the monarchy at their peril

Home » Opinion: Eswatini’s citizens condemn lavish spending by the monarchy at their peril 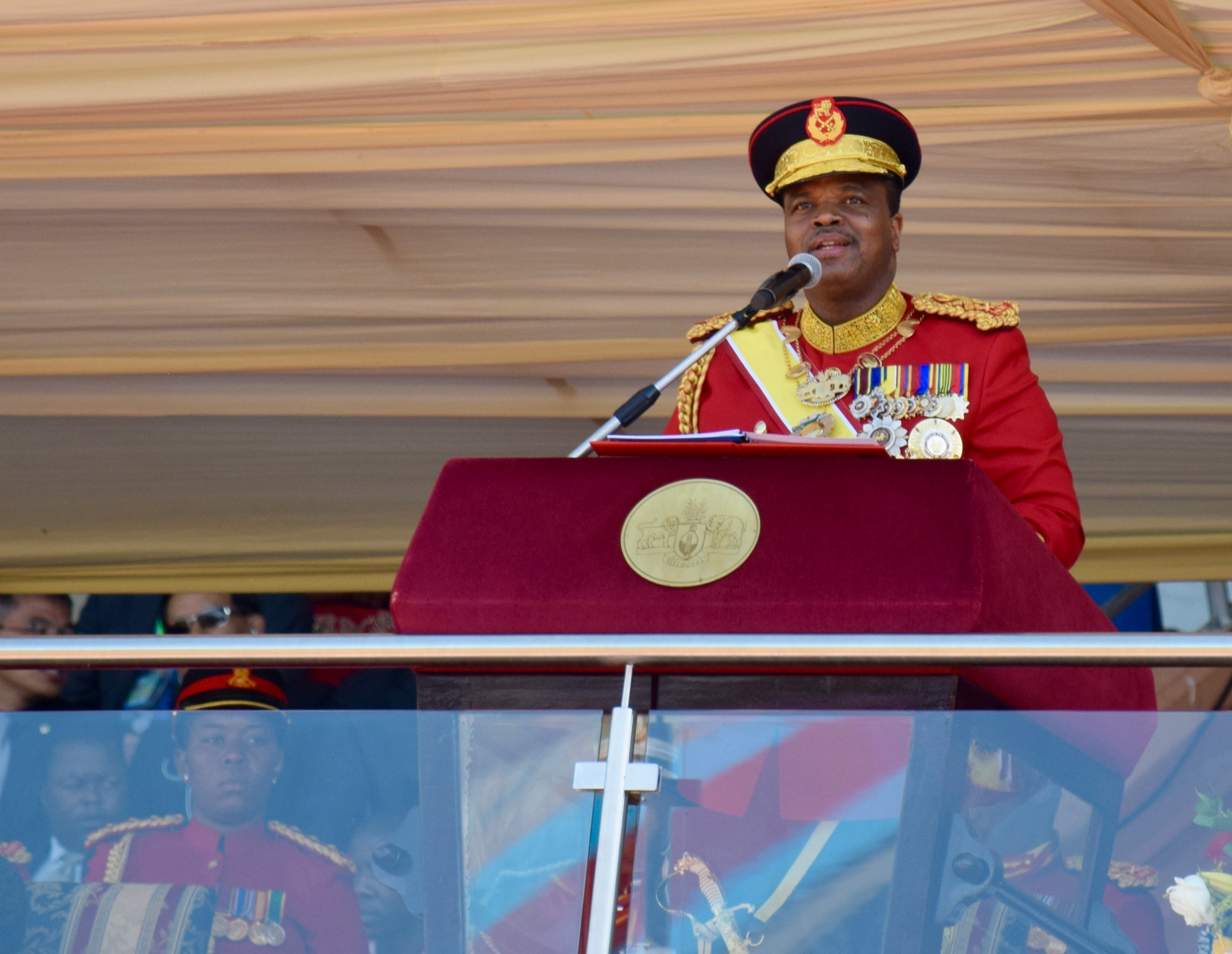 Published in the Daily Maverick on 17 December 2019

In a time of economic hardship for Eswatini, citizens saw the arrival of a large fleet of luxury cars for the King and his 11 wives. But on 13 November 2019 the Prime Minister issued a statement emphasising that ‘it is the responsibility of all Emaswati to respect and protect the integrity of the King and Ingwenyama as Head of State’ and that ‘Government will not tolerate statements that are demeaning to the person of his Majesty and the institution of the Monarchy’.

Eswatini is in the grip of an economic crisis and its citizens are paying the price in the form of unemployment, wage freezes, retrenchments, reduced health, transport and education services, and fuel and electricity increases.

After the 2018 elections, the new government announced a range of austerity measures in response to this crisis, including restrictions in travel by public officials; purchasing and hiring of government cars; public service appointments; and the suspension of tender processes “for lack of effective controls and suspected overpricing”. However, no measures have been proposed to meaningfully mitigate the impact of this crisis on the citizens of Eswatini.

In a speech from the throne in January 2019, it was noted that “the Kingdom of Eswatini continues to face daunting fiscal and economic challenges” and that “the expansionary fiscal position has surpassed sustainable levels, resulting in the accumulation of arrears, increased depletion of reserves and constrained economic growth.” This speech continued, “… hard decisions will have to be taken, sacrifices need to be made and unconventional methods of reducing expenditure need to be pursued.” On its own version, the State continues to experience “severe cash flow challenges” and struggles to pay government suppliers and service providers.

The freezing on the hiring and filling of vacancies in the public sector has already had a significant impact on public services, including health service provision. In September 2019, the Prime Minister cautioned against intended public sector strikes, noting that “no amount of persuasion will enable government to award her employees with a salary increment during such a challenging economic situation” and that “the major economic and fiscal challenges facing the country are there for all to see as they have now permeated to affect the provision of government services to the citizens.”

This will have dire consequences for civil servants, which constitute more than 40% of total employment in the country, with many depending in various degrees on civil servants’ income.

The Prime Minister claimed that the Rolls Royces were privately purchased and that the BMW fleet tender was secured prior to the austerity measures being implemented. Citizens of Eswatini have no way of verifying these claims as there is no transparency in the manner in which the monarchy earns its wealth and the use of the money allocated to the monarchy from the national budget. The budget estimates for 2019 to 2022, includes an annual payment of SZL394-million entitled “subvention to King’s Office”, slightly less than the SZL416-million annual budget allocation to ageing people’s grants. The monarchy is further exempt from paying taxes and exerts control over the land and mineral resources of the country.

The Constitution specifically requires that the economy be managed in a way which provides “adequate means of livelihood and suitable employment and public assistance to the needy” and “assures the basic necessities of life for its people as a fundamental duty”. The Constitution provides further that “all lawful measures shall be taken to expose, combat and eradicate corruption and abuse or misuse of power by those holding political and other public offices” and places a duty on every citizen to “combat misuse and waste of public funds and property”. Citizens are accordingly within their rights to question spending by the monarchy.

Instead, on 13 November 2019, in response to concerns raised by citizens, the Prime Minister issued a statement emphasising that “it is the responsibility of all Emaswati to respect and protect the integrity of the King and Ingwenyama as Head of State” and that “Government will not tolerate statements that are demeaning to the person of his Majesty and the institution of the Monarchy”.

These were not idle statements. Subsequently, when the Sive Siyinqaba National Movement issued a statement criticising the extravagance of the royal family at the expense of citizens, its chairperson, Musa Nkambula was visited by the police, his wife was detained and the police searched their home. There is no legal basis for police harassment or arrest of any persons who criticise the monarch or the government.

Eswatini has an archaic and colonial 1938 law that served the British colonial powers, which criminalises sedition and subversive activities. Seditious intention includes an intention to “bring into hatred or contempt or to excite disaffection” against the King or government. Despite the vagueness of this law, it specifically says that it does not amount to sedition or subversion if a person intends to show that the King has been misled or mistaken in any of his measures; or to point out errors or defects in the government.

Importantly, in September 2016, the High Court declared the offences of sedition and subversive activities unconstitutional. Although the government has since appealed this decision, the High Court, in September 2019, explicitly stated that “to allow the prosecution to prosecute people on legislation that has been pronounced by the Courts to be inconsistent with the Constitution would be undermining the judgment of the Courts” and accused persons’ fair trial rights. The applicant, in that case, Goodwill Sibiya, remains in custody six months after he dared to criticise the monarchy.

The Prime Minister’s statements have already had a stifling effect on freedom of expression, association and assembly. In the past two weeks, the municipalities of Matsapha and Manzini prohibited assemblies for spurious reasons and acted with complete disregard of the provisions in the Public Order Act of 2017 which specifically requires local authorities to consult with organisers of such assemblies to find ways in which to facilitate freedom of assembly.

Persons’ political affiliation also impact on other aspects of their daily lives including their ability to access customary land. These developments are an antithesis to the State’s own assertions of being a democratic State. There appears to be a disjuncture between what the Constitution and laws of the country allow, and what the enforcers of these laws presume it to mean. Freedom of expression, assembly and association are fundamental rights in Eswatini and it is time that the police, courts, chiefs, municipalities and the Prime Minister realise this.