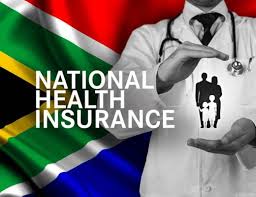 These submissions detail the Southern Africa Litigation Centre’s (SALC’s) concerns that the National Health Insurance Bill, 2019, removes existing forms of access to healthcare services to certain categories of foreign nationals, particularly, asylum-seekers, certain categories of children and dependents, immigration detainees, citizens of the Southern Africa Development Community and other undocumented migrants. SALC believes that this restrictive population coverage in the Bill is unlawful, unconstitutional, inhumane, bad for public health, and in conflict with the objectives of NHI. Parliament has a duty to uphold the Constitution and not to enact laws that it knows to violate the Constitution. With extensive court precedent indicating that these provisions would be unconstitutional, passing the Bill in its current form would be an infringement of the rule of law, exposing the public purse to inevitable, expensive, and wasteful litigation.

THE OBJECTS OF THE BILL

“e)       Single Fund: NHI will integrate all sources of funding into a unified health financing pool that caters for the needs of the population.”

THE STATE’S DUTIES UNDER SECTION 27 OF THE CONSTITUTION

“Human dignity has no nationality. It is inherent in all people – citizens and non-citizens alike – simply because they are human. And while that person happens to be in this country – for whatever reason – it must be respected, and is protected, by Section 10 of the Bill of Rights”.[14]

The vulnerability of asylum seekers

CERTAIN CATEGORIES OF CHILDREN AND DEPENDENTS

Vulnerability of these children and dependents

The position of SADC citizens

THE IMPORTANCE OF MIGRANT HEALTH

“South Africa will have a life expectancy of at least 70 years for men and women; the generation of under-20 should be largely free of HIV; the quadruple burden of disease will have been radically reduced compared to the two previous decades, with an infant mortality rate of less than 20 deaths per 1000 live births, and the under 5 mortality rate of less than 30 per 1000 live births.”[48]

“Universal and equitable access to health services and to all determinants of the highest attainable standard of health within the scope of universal health coverage needs to be provided by governments to migrant populations, regardless of age, gender, or legal status.

A strong case for action on migration and health exists, and evidence indicates that safeguarding the health of migrants will have positive effects for global wealth and population health.

Creating such systems [in UHC] that integrate migrant populations will benefit entire communities with better health access for all and positive gains for local populations.” [49]

with further amendment to at least enable access to the same range of services as currently enjoyed by right for:

“At the very minimum, socio-economic rights can be negatively protected from improper invasion.” (Emphasis added.)

“there is, at the very least, a negative obligation placed upon the state and all other entities and persons to desist from preventing or impairing the right of access to adequate housing.” (Emphasis added.)

“The state bears a duty to refrain from interfering with social and economic rights just as it does with civil and political rights.” (Emphasis added.)

“It must follow that when a learner already enjoys the benefit of being taught in an official language of choice the state bears the negative duty not to take away or diminish the right without appropriate justification.” (Emphasis added.)

“any measure which permits a person to be deprived of existing access to adequate housing, limits the rights protected in section 26(1)..” (Emphasis added.)

[16] Clause 4(1) of the Bill states that the NHI Fund purchases healthcare services on behalf of:

(e)        certain categories of individual foreigners determined by the Minister of Home Affairs.

Clause 4(2) states that an asylum seeker “or illegal foreigner” is only entitled to “emergency medical services” and services for “notifiable conditions of public health concern”.

[23] Except members of medical aid schemes and their dependants and persons receiving compensation for compensable occupational diseases.

[26] Department of Health “Revenue Directive – Refugees / Asylum Seekers with or without A Permit”, 19 September 2019.

[32] The Scalabrini Centre of Cape Town, Lawyers for Human Rights and the Legal Resources Centre ”Our Call to Action: Birth Registration in South Africa” 16 July 2019, available at: https://scalabrini.org.za/news/our-call-to-action-birth-registration-in-south-africa/.

[33] For more information on the decision see the Press Release of the Legal Resources Centre of 9 July 2018, available at: http://lrc.org.za/news/landmark-victory-single-dads/.

[34] Committee on the Rights of the Child ”Concluding Observations on the Second Periodic Report of South Africa” 30 September 2016 CRC/C/ZAF/CO/2.

[46] As described above, the Bill’s definition limits “emergency services” essentially to ambulance or paramedic services outside of hospitals.