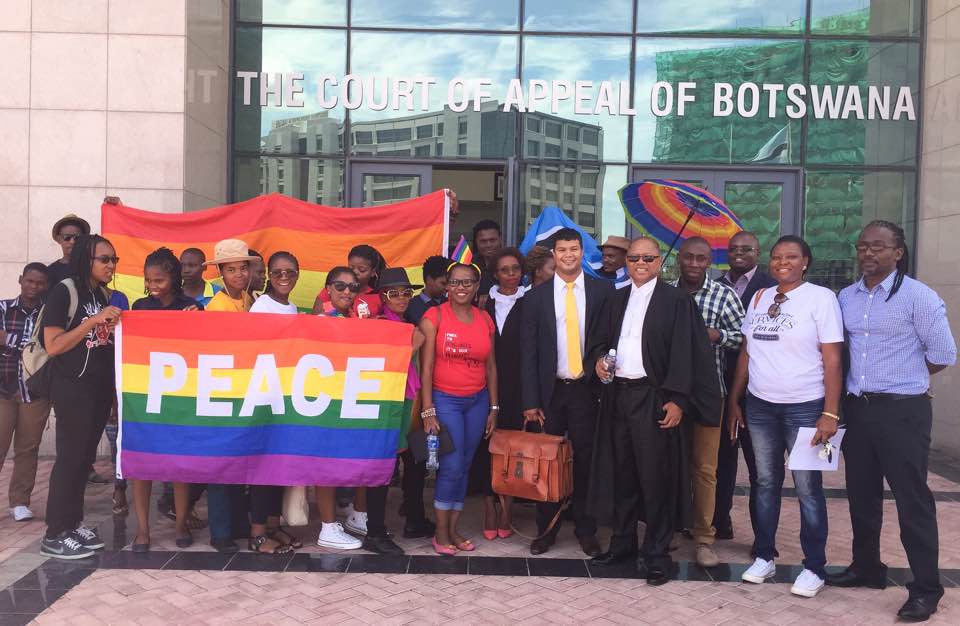 The organisation Lesbians, Gays and Bisexuals of Botswana (LEGABIBO) is admitted as a friend of Court in the proceedings. LEGABIBO seeks to advance submissions before the full bench of the High Court on the practical effect and social impact that sections 164(a), 164(c) and 167 of the Penal Code have on the daily lives and experiences of LGBT persons. Particularly, the submission illustrates how the criminalisation of same-sex sexual conduct limits LGBT persons’ ability to access basic social services, increases their chances to discrimination, and infringes on their basic human dignity.

“Botswana is a diverse society and the Constitution protects the freedoms and dignity of all persons in Botswana, regardless whether you are gay, lesbian, bisexual, transgender or intersex”, says Anna Mmolai-Chalmers, LEGABIBO’s CEO. “Importantly, this has been acknowledged by our very own President His Excellency Dr. Mokgweetsi Masisi during the commemoration of 16 days of activism against violence on women and children in December 2018. There, he emphasised that ‘there are also many people of same sex relationships in this country, who have been violated and have also suffered in silence for fear of being discriminated. Just like other citizens, they deserve to have their rights protected’…”

“Over the past three years, the Botswana courts have shown themselves to be champions of jurisprudence which acknowledges the rights of LGBT persons and their right to equal protection before the law”, says Tashwill Esterhuizen, LGBTI and Sex Workers Rights Programme Lawyer, at the Southern Africa Litigation Centre (SALC). “Through their sound legal reasoning and constitutional jurisprudence, the Botswana courts have set an example for other courts in the region on the important role the courts can and should play in protecting and promoting human rights of all persons, including marginalised groups. We are confident and hopeful that the court will uphold human rights of the LGBTI community.”

Previously in the so-called “LEGABIBO Registration case”, the Court of Appeal of Botswana held that Botswana is a diverse nation and that all persons, including LGBT persons are entitled to protection of their constitutional rights and dignity.

LEGABIBO is represented by Tshiamo Rantao and supported by SALC.