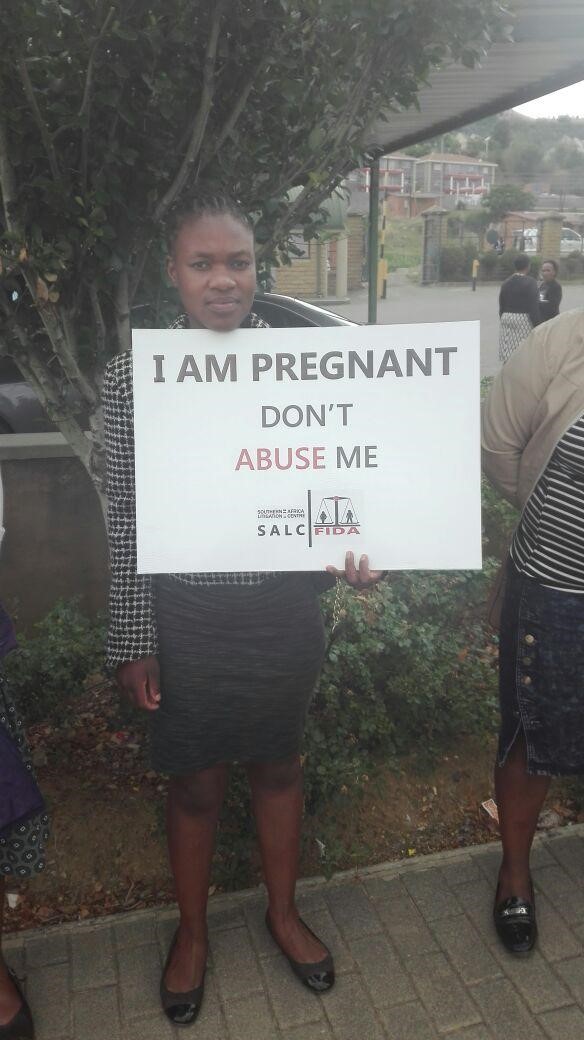 The United Nations theme for International Women’s Day for 2018 is “Time is Now: Rural and Urban Activists Transforming Women’s Lives “. This year’s theme provides us with an opportunity to reflect and take stock of the achievements that have been made by women, celebrate victories and the courage of women taking on challenges head-on, and to continue to press for change. Among other things, the theme also offers ample space for recognising the growing activism and bravery of women standing up against sexual abuse, harassment and discrimination in the work space under the “#Metoo” and “#TimesUp” movements.

In celebrating the International Women’s Day, the Southern Africa Litigation Centre applauds and acknowledges three brave young women who took on the might of the Lesotho Defence Forces (LDF) to uphold the rights of pregnant women serving in the country’s military in the case of Private Mokhele and Others v Commander, Lesotho Defence Forces and Others.[1] In this case, the three women (soldiers) members of the LDF, challenged their dismissal from work after falling pregnant in what was regarded as contravention of a Standing Order imposed by former LDF Commander, Kamoli, prohibiting female soldiers of less than 5 years’ service from falling pregnant.

A landmark judgment by the Lesotho High Court struck down the Standing Order and ordered that the women be reinstated in the military service, remarking that “the contention by the Commander that pregnant soldiers must be discharged because they compromise the army’s operational capacity” and jeorpadise military discipline is a “throwback to the patriarchal view that pregnant women are not fit to work and therefore, are a disposable workforce”. The court also held that the Standing Order, as it stood, violated the right to respect for private and family life. To this end, the court effectively recognised that women working in the military, including female soldiers, have the right to freely make sexual and reproductive choices. Significantly, the court’s decision portrays the rightful view that women who choose to join the army need not give up their desire to have children if that is their choice.

As we applaud victory in the milestone achieved for women providing services in LDF, we should not lose sight that full recognition and upliftment of women’s sexual and reproductive rights remains a challenge. In many parts of the globe, and particularly in countries in East and Southern Africa, there are undue restrictions on women’s reproductive health and rights and women and girls who fall pregnant continue to be victimised and ostracised. We note with great concern recent executive pronouncements in Tanzania against the readmission of pregnant learners in school and reports of arrests of pregnant schoolgirls. In light of these events it has become evident that a multiple stakeholder engagement and full commitment is indispensable to realise far-reaching achievements for women’s rights across the globe, and particularly in Africa. It is, indeed, crucial to #PressforProgress. In this International Women’s Day, we call upon Governments in Southern African countries, and elsewhere in the region to: