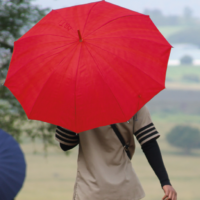 17 December is celebrated as International Day on no Violence against Sex Workers. As the world remembers this day we are reminded of the challenges facing sex workers in all corners in the world. As a sex worker from Zambia reflects, “[t]he police harass us, sleep with us and even put us in cells if they want us to pay them. If you have worked well they will release you, if not, you end up working for them.” “They make us their sex workers while we are doing our work. They rape us and they insult us a lot. If they want, they put you in the cells and beat you.”

Throughout the Southern Africa region, sex workers experience similar discrimination, stigma and violence in many spheres of their daily lives; including at work, public institutions and facilities, and even within their families.

Recently the Southern Africa Litigation Centre’s (SALC) report on the experiences of sex workers and their interactions with the police in Zambia highlighted that police officials often use the vagrancy and nuisance provisions in the Zambian Penal Code to arrest and detain sex workers arbitrarily. According to the report, ninety percent (90%) of participants interviewed indicated that they had experienced violence from police and other men during the course of their work as sex workers. The problem is common in many Southern African countries which have similar provisions as the Zambian Penal Code. This was confirmed in Malawi where another SALC report found that police use criminal offences such as rogue an vagabond and idle and disorderly offences to target and harass sex workers. These offences are overly broad and are subjectively and arbitrarily applied by the authorities. The subjective application of these offences creates a culture of impunity.

A recent SALC report found that sex workers further experience abuse and violence when accessing healthcare services, and that there are very few avenues available to them to complain against such abuse. A sex worker from Malawi noted: “A friend of mine, who is also a sex worker, was involved in a car accident, the doctors did not attend to her in time because they were notified that she is a sex worker. They kept ignoring her the whole night until she died.” Another sex worker from Malawi continued: “We do not know where to go to lay our complaints. Even if we report to the police, the police also abuse us a lot. A friend of mine was raped by four police officers who also took away money from her.”

Sex workers should not have to endure ill-treatment. Like all human being they are entitled to the protection of their human dignity and rights. States are obliged to protect and respect the rights of all people, regardless of their means of livelihood. The rights to life, security of person and privacy, freedom from torture and arbitrary arrest and detention, non-discrimination, freedom of expression, freedom of association and peaceful assembly, must be applied equally to everyone.

Markedly, the obligation of the State to protect and uphold the rights of all persons including sex workers was recently emphasised by the Zomba High Court in Malawi. On 8 September 2016, the Court delivered a judgment setting aside the conviction of nineteen (19) women who were found guilty of the offence of living on the earnings of prostitution. Having had no legal representation, the women pleaded guilty and were consequently convicted and fined. The Court found that the arrest and conviction of the women was procedurally irregular, unconstitutional and not based on evidence and that section 146 of the Penal Code did not criminalise sex work. Noting the history of the offence, the judge held that the offence was not aimed at sex workers but at those who exploited sex workers. The Court noted that it was clear that the arrests were carried out to embarrass and harass the women and ordered that the convictions be set aside and the fines returned to the applicants. This case represents a significant victory and emphasises that all persons including poor, vulnerable and marginalised individuals, including sex workers themselves, are fully entitled to fair treatment, due process of the law and to be free from victimisation and abuse. Another Malawi courtsimilarly held that healthcare facilities and police should respect and protect sex workers’ rights.

As we remember all those who have suffered abuse and even death as a result of being a sex worker, we call upon judicial officers, healthcare workers and police to ensure that unrepresented, poor and marginalised individuals’ rights are protected and respected throughout the health and criminal justice systems.