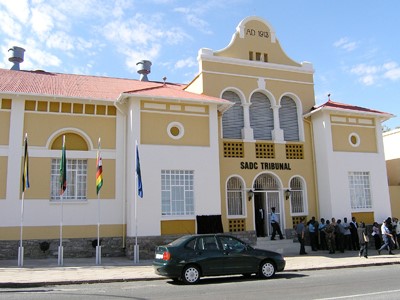 THE South African Police Service (SAPS) did not have the power to investigate claims of crimes against humanity committed in Zimbabwe if the perpetrators were not in South Africa, it was argued in the Constitutional Court on Monday.

The case centres on whether the government is legally allowed to investigate such crimes outside South Africa’s borders.

The court heard arguments on whether the Implementation of the Rome Statute of the International Criminal Court Act would allow South African authorities to investigate claims of torture against senior Zimbabwean officials if the officials were not in South Africa.

SAPS national commissioner Riah Phiyega is appealing against last year’s Supreme Court of Appeal ruling that the police are empowered to investigate whether or not the alleged perpetrators were in South Africa.

The case started in 2008 when the Southern African Litigation Centre and the Zimbabwe Exiles Forum presented a docket to the National Prosecuting Authority’s priority crimes litigation unit detailing acts of torture allegedly committed after a raid by Zimbabwean police on the headquarters of the opposition Movement for Democratic Change.

When the Zimbabwe police refused to investigate, the forum and the centre approached the high court in Pretoria to review that decision.

In 2012, a South African high court ordered the police to investigate the claims. This ruling was appealed against in the Supreme Court of Appeal by Ms Phiyega. The application failed.

Jeremy Gauntlett SC, for Ms Phiyega, said the alleged perpetrators had not come to South Africa since the docket was filed.

“Our position is that the police service simply does not have the power to investigate if the perpetrator is not in SA.”

However, Deputy Chief Justice Dikgang Moseneke said that South Africa shared borders with Zimbabwe, the country’s ministers visited South Africa, and it would be useful for the South African authorities to investigate in case they visited the country. “I struggle to understand why it is far-fetched for the police to be on the ready so that they could be able to apprehend the offenders,” he said.

Justice Raymond Zondo also said he felt that South Africa could not honour its Rome Statute obligations if the South African police required the presence of suspects in South Africa before it could investigate.

Wim Trengove SC, for the forum and the centre, said investigation did not legally require the presence of the alleged perpetrators in South Africa. Anton Katz SC, for the experts, said international law supported a decision by the police to investigate.