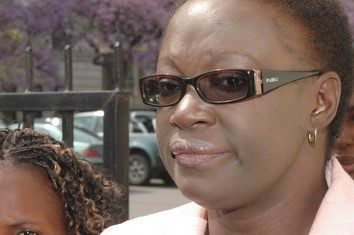 On Monday night police in Harare tried to search the offices of the Zimbabwe Peace Project, six hours after they had earlier stormed the same offices.

During the lunchtime raid police, armed with a warrant and in the presence of lawyers, took away phone handsets, wind up radios, files with donor information, political violence reports and DVD’s.

ZPP director Jestina Mukoko told SW Radio Africa the police were back at their Hillside base at night, but referred all questions to Zacharia Godi, the board’s vice-chairman.

Godi said eight officers tried to ‘break’ into their offices around 9pm but set off an alarm. While the security team that provides rapid response services to the ZPP offices was still on the site checking what had triggered the alarm, eight officers appeared from nowhere and demanded entry into Mukoko’s office. Since the office was locked the police officers could not go in and search it.

The Monday raids on ZPP’s headquarters in Harare have been roundly condemned by the country’s civil society organisations. ZPP’s work mainly involves monitoring political violence in different communities in Zimbabwe.

Macdonald Lewanika, a director with the Crisis in Zimbabwe Coalition, told us ZPP’s work is unpalatable to the government who want them shut down.

He said the actions of the police reek of intimidation and can be interpreted as a clear attempt to stop human rights defenders doing their work.

‘The police are creating fictitious charges in order to invade the space of NGO’s and intimidate them to ensure they stop the work they’re doing.

‘The raids of CSO’s and NGO’s are a continuous trend to criminalise their work and tarnish their image and ensure they’re not operational, especially as we move towards elections,’ Lewanika said.