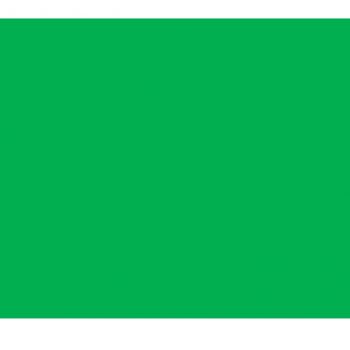 Suicide continues to be a global health concern, affecting all continents. During the lockdown period to mitigate the impact of the COVID-19 pandemic between April and September 2020, Malawi saw a rise in suicide cases, mainly due to financial hardships.  Between January and August of 2022, the police reported 208 suicide cases, with 168 being male and 40 being female, indicating an increase from the same period last year when they reported 160 suicide cases.[1] This is an average of 26 people committing suicide each passing month. However, it should be highlighted that the pandemic has only highlighted a situation that was already a problem for Malawi – perpetual poverty that threatens the very fabric of Malawians’ existence. It is estimated that about 50% of Malawi’s population lives in poverty, with 20% living in extreme poverty. Suicide from impulsive life stresses is often connected with social and cultural factors such as debt and romantic relationship breakdown. Extreme poverty destabilises lives, crushes self-esteem, and creates despair which can lead to self-harm.[2] Other factors contributing to such high suicide rates in the country include a lack of interventions such as psychosocial therapy, poor coping skills, and/or cultural upbringing, as the Malawian culture does not allow men to be vulnerable and express emotional weakness during difficult times, unlike women; like most African cultures.

Malawi, which once was a British colonial state, still retains the offence of attempted suicide under Section 229 of its Penal Code. [3]  The criminalization of attempted suicide laws in Africa can be dated as far back as the 5th century in Europe. In England, “self-murder” was regarded as a sin against God, the King, and nature and the British colonial office inevitably introduced this offence in its colonies with the penalty for such offence ranging from 1 to 3 years imprisonment across previous colonial states. In Malawi, the offence attracts a maximum penalty of two years imprisonment.  Despite Britain implementing the Suicide Act, which decriminalized suicide, Malawi still enforces the archaic offence and combined with the discriminatory 1948 Mental Treatment Act of Malawi, suicide retains its stigma in Malawi thus, instead of seeking help, people who have attempted suicide avoid counselling services for fear of being reported to the police.

In the Magistrate Court

In May 2022, 41-year-old YC, a former employee of a construction company in Lilongwe sold assorted company property. When the company owner came to audit the facility following a tip from well-wishers, out of pressure, YC attempted suicide and was found hanging in his home. He was then taken to Njerwa Police Unit where he was charged with the offence of attempted suicide under Section 229 of the Penal Code. YC was brought before First Grade Magistrate’s Court where he admitted guilt but during mitigation, pleaded with the Magistrate that he had children who depended on him. The First Grade Magistrate did not concede and had an 18-month sentence with hard labour meted out to him.

In June 2022, the case was reported in the news, and following public outcry, Chief Resident Magistrate Madalitso Khoswe Chimwaza wrote to the judge presiding over the case’s review that the sentence meted out by the First Grade Magistrate was excessive and that, looking at the rate at which men are committing suicide, the best approach was to refer the man for counselling as he needs psychosocial support to examine the reasons behind his suicidal thoughts.

On 4 August 2022, presiding High Court Judge Bruno Kalemba, in his ruling concerning the review and confirmation of YC’s sentence, faulted the 18-month sentence meted out to YC. The judge confirmed the conviction but reversed the sentence of 18 months imprisonment to a term that could result in the immediate release of the accused. The judge stated that it was wrong to sentence a person against whom no previous conviction is proved, to undergo imprisonment unless it appears to the court, on good grounds (which ought to be set out in the record), that there are no other suitable ways of dealing with him. The judge concluded that if the First Grade Magistrate had considered the first offender status of YC, he would have arrived at the conclusion that there were other appropriate means of dealing with the accused person than sentencing him to such an excessive custodial sentence. As a result, the judge ordered the immediate release of YC.

SALC and CHREAA facilitated YC’s release from prison on 4 August 2022.

Case in the News

[3] Section 229 of the Penal Code states that “any person who attempts to kill himself shall be guilty of a misdemeanour”.

Blantyre, 9 November 2022 – On 8 November 2022, the High Court of Malawi issued a judgment declaring the police’s indiscriminate practice of sweeping exercises unlawful and in violation of…

Malawi, Blantyre, 21 September 2022: From 26 to 30 September 2022, the High Court of Malawi, sitting as a Constitutional Court, will hear a case brought by members of Nyasa Rainbow…