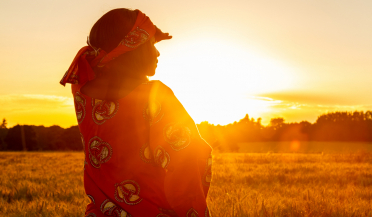 The fight against cervical cancer in Africa received a welcome boost when Merck and GlaxoSmithKline, the two pharmaceutical companies that make vaccines protecting individuals from specific cancer-causing strains of the human papillomavirus (HPV) announced that they would cut the price of immunisation for millions of girls in the world’s poorest countries. Merck will provide its Gardasil vaccine at $4.50 per dose while GlaxoSmithline’s Cervarix will be sold at $4.60 per dose – far less than the regular retail price of $130, and even lower than the $13 previously negotiated by the public sector.

The price cut of these vaccines, which protect against the strains of HPV that cause seventy percent of cervical cancer, will significantly improve the health of women in Africa where cervical cancer is the leading cause of cancer mortality among women. Currently, cervical cancer causes approximately 275,000 deaths each year, many of which could be prevented with an HPV vaccination.

According to the cervical cancer global crisis card, which compiled data from the World Health Organisation (WHO), United Nations, the World Bank, the International Agency for Research on Cancer (IARC) and Globocan, Africa is the most dangerous place to be a woman with cervical cancer. Although cervical cancer is easily preventable and treatable, most African countries have not allocated the minimal resources needed to ensure women are protected from cervical cancer. Making the HPV vaccines more widely affordable is an important step towards ending cervical cancer death in Africa.

In October 2012, the Zimbabwean government announced that the cervical cancer vaccine would be made available in the public sector free of charge to all women and girls to ensure universal access in all parts of the country. However in January 2013, the much awaited roll out of the cervical cancer vaccination programme was postponed to allow the government ample time to source funds to purchase and distribute the vaccine. The Merck and GlaxoSmithKline announcement may assist this programme.

This entry was posted in Sexual and reproductive health rights. Bookmark the permalink.