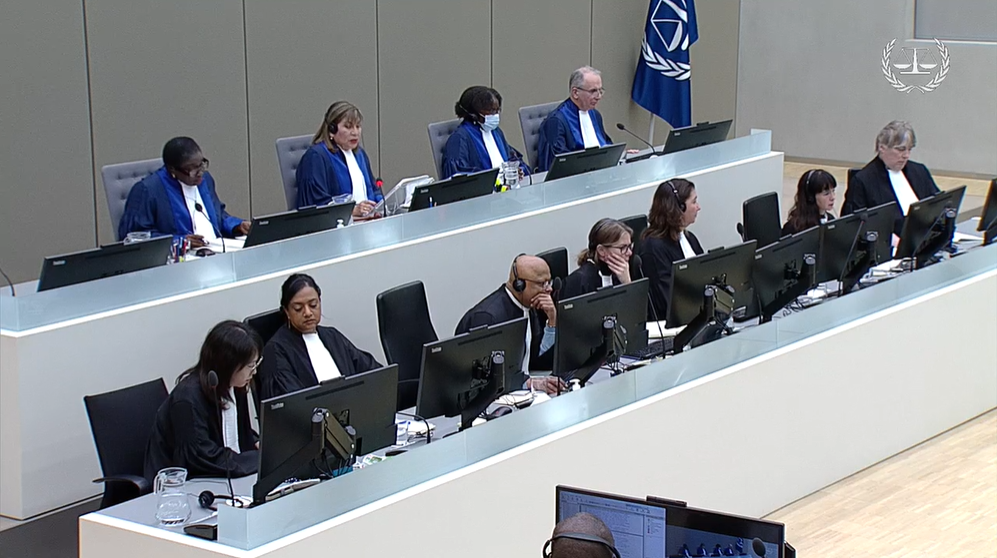 Home » The Prosecutor v Dominic Ongwen: Landmark judgment for the prosecution of sexual and gender-based crimes at the ICC

On 15 December 2022, the Appeals Chamber of the International Criminal Court (ICC) delivered its judgment in the case of The Prosecutor v Dominic Ongwen. SALC and Prof. Bonita Meyersfeld had been admitted as amicus curiae in the matter and presented oral arguments on 15 February 2022 on legal questions relating to sexual and gender-based crimes. The joint submission by SALC and Prof. Meyersfeld focused on key aspects of the crime of forced marriage, sexual slavery and forced pregnancy as part of crimes against humanity.

In a landmark judgment, the ICC Appeals Chamber rejected the 90 grounds of appeal raised by the Defense of Mr. Ongwen. SALC and Prof. Meyersfeld welcome the judgment, which held, among others, that the Trial Chamber did not err by convicting Mr. Ongwen for the crime of forced marriage as a separate crime under Article 7(1)(k) of the Rome Statute. The Appeals Chamber further confirmed that sexual and gender-based crimes such as forced marriage and forced pregnancy are separate crimes that protect separate legal interests which allow for cumulative convictions.

“This judgment constitutes a huge milestone in the prosecution of sexual and gender-based crimes as part of international crimes. It recognizes the nuances and distinctive components of the crime of forced marriage and forced pregnancy which is crucial for victims who seek justice for such grave violations.”

“We welcome the Court’s acknowledgement and engagement with amici submissions like ours that sexual and gender-based crimes are not all the same and that there are distinctive elements to each crime and that each crime protects separate interests.  It sets a strong precedent and sends a strong message to victims who seek justice for such sexual and gender-based crimes.”

Mr. Ongwen is a former commander of the Lord’s Resistance Army (LRA) and was convicted of being a key member of the LRA leadership. With judgment from 4 February 2021, Mr. Ongwen has been found guilty on 61 counts of war crimes and crimes against humanity committed between 1 July 2002 and 31 December 2005 in northern Uganda, including murder, torture, enslavement, pillaging, persecution, forced marriage, rape, sexual slavery, and forced pregnancy. The proceedings at the ICC followed a self-referral of the situation by Uganda in December 2003. In 2005, the Pre-Trial Chamber of the ICC issued arrest warrants for war crimes and crimes against humanity against five top LRA commanders: Joseph Kony, Vincent Otti, Okot Odhiambo, Raska Lukwiya, and Dominic Ongwen. The case of Mr. Ongwen constitutes the first case in which the ICC convicted a person for the crime of forced marriage and forced pregnancy as distinct underlying acts of crimes against humanity. Both, forced marriage and forced pregnancy have been tried in the Ongwen trial for the first time at the ICC.