Democracy, Self-Determination, and The Eswatini Monarchy 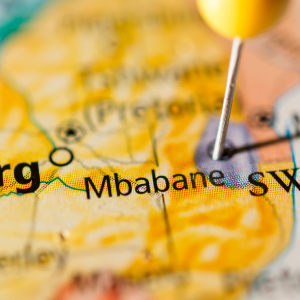 On Tuesday, 11 October 2022, the chairperson of the Eswatini Elections and Boundaries Commission (EBC) was quoted in the Times of Eswatini saying, “the powers and authority of members of parliament are limited and do not extend to the monarchy. The monarchy is a no-go area.” These utterances come as the country is gearing up for the most decisive parliamentary elections in its 50 years of independence.

During this period, the EBC visits the 55 constituencies in a drive to conduct political and civic education in preparation for the election of members of parliament. These words are troubling as they seem to go against the principles of freedom of expression enshrined in the Constitution of Eswatini.

Giving instructions to the citizens of Eswatini and, by extension, the legislature not to engage or discuss a political subject of significance, such as the institution of the monarchy, spells trouble during a period of political uncertainty in the Kingdom. Since July 2021, the country has seen a growing number of killings, arrests, and physical violence against citizens, calling for political reform.

In the call for political reform, which has gained much attention yet less intervention from regional bodies like the Southern African Development Community (SADC), is the question of self-determination for the people of Eswatini, over and above the outright limitation of the right to freedom of expression and political consciousness.

Though popularised by the call for de-colonisation by States previously occupied by foreign powers, the right to self-determination should be considered a central principle of modern-day democracy.

The right to self-determination is the freedom of the people to determine their destiny. In particular, the principle allows people to choose their political status and form of economic, cultural, and social development. Prominently emboldened in Article 1 of the International Covenant on Civil and Political Rights, ICCPR, this right is inviolable as it has been the foundation of peace brokering during many conflicts throughout human history.

The first paragraph of Article 1 reads: “All peoples have the right to self-determination. By virtue of that right, they freely determine their political status and freely pursue their economic, social, and cultural development.”

In a country with its socio-cultural identity so intricately intertwined with the political economy and identity, it is rather dangerous for the chairman of the EBC to utter such erratic, if not outright absurd, words. Having a monarchy which Swazis cannot critique or reform to suit their needs makes a mockery of the concept of self-determination and renders elections a futile exercise.

It is worth noting that since 1973, many political activists have been unjustly targeted by the state’s security forces in Eswatini. The crime has always been the efforts to exercise the right to self-determination democratically and unshackled from an absolute monarchy. It has taken the brutal killing of several innocent Swazis for the world to pay attention to the atrocities faced by those who dare to try to exercise this right. However, not much intervention has been seen. The July 2021 protests were only the manifestation of a people denied their right to self-determination.

Section 58 of the Constitution states that “[Eswatini] shall be a democratic country dedicated to principles which empower and encourage the active participation of all citizens at all levels in their own governance”; and requires the state to “cultivate among all the people of [Eswatini] through various measures including civic education respect for fundamental human rights and freedoms and the dignity of the human person”. Section 58(6) emphasises that “the State shall promote, among the people of [Eswatini], the culture of political tolerance.”

Section 84(1) of the Constitution states that “the people of [Eswatini] have a right to be heard through and represented by their own freely chosen representatives in the government of the country”.

Yet, in Eswatini, two elected parliament members are in jail 14 months later for what can now be easily characterised as political charges if we are to take the chairperson of the EBC’s words at face value. A third member of parliament has been hiding since the arrest warrant was released.

Reading the text of the EBC chair’s words, it is not easy to see the 2024 elections as anything else but a sham. For so long, there have been calls for political reforms in Eswatini. The contention has always been the lack of political freedom, exemplified by the lack of freedom to elect a head of government, the Prime Minister.

As Eswatini gets closer to the polls, where members of parliament are elected via a meritocracy that explicitly excludes political parties like the proscribed People’s Democratic Movement (PUDEMO), it is time for SADC, the African Union, the Commonwealth, and the United Nations to call out the contradictions and urge the release of political detainees.

For a healthy democracy to thrive, there needs to be a political plurality which expands to the right to criticise and hold accountable those in positions of power. No institution should be above criticism, and a political institution such as a monarchy, whose everyday existence impacts the lives of over 1.3 million citizens, should undoubtedly expect and encourage scrutiny and debate.