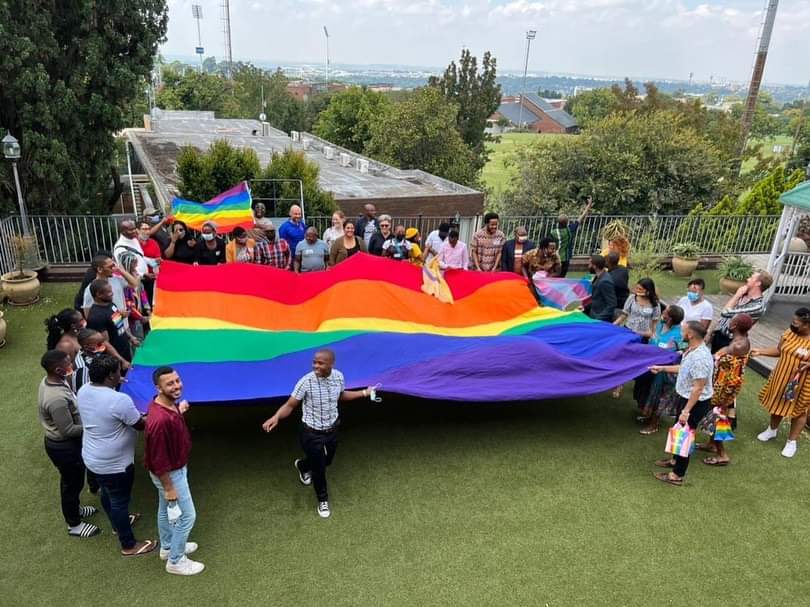 These are the words of the late Archbishop Desmond Tutu at the launch of the United Nations Gay Rights Campaign in July of 2013.

Nine years after these words were uttered by the late Archbishop, LGBTIQ+ persons across Africa and the whole world still battle for equality, freedom and autonomy. In Africa, over 30 countries continue to outlaw same-sex acts. Many LGBTIQ+ Africans are subjected to stigma, prejudice, systemic exclusion, violence, unemployment, homelessness and estrangement from their families.

The European Union-funded ‘Out and Proud Southern Africa’ project, in collaboration with the United Nations Development Program (UNDP), Southern Africa Litigation Centre (SALC), and COSPE, will from the 2 to 4 March 2022, host a SADC LGBTIQ+ Activists Forum in Johannesburg, South Africa. The Forum will honour Archbishop Desmond Tutu for his passionate advocacy on behalf of LGBTIQ+ people and to highlight their progress and struggles within the region

In 2021, Botswana joined South Africa, Angola, Mozambique, Lesotho and Seychelles in decriminalising homosexual acts. Many countries in the region have been making headway towards striking down the colonial laws which fueld discrimination against LGBTIQ+ persons. Increasingly, we are seeing changes in attitudes in favour of human rights and dignity for LGBTIQ+ persons within society. This sentiment is equally shared by some of our courts, with the  Namibian High Court in January 2022 stating that: “it is time to recognise same-sex acts is part and parcel of the of the fabric of society and persons in homosexual relationships are worthy of being afforded the same rights as other citizens.”

The Forum will convene LGBTIQ+ activists from SADC countries to foster alliances and solidarity and formulate strategies to advance the rights of LGBTIQ+ persons, and identify key priorities for a regional LGBTIQ+ agenda for change.

On 12 July 2022, the High Court in Blantyre will review the decision of Senior Resident Magistrate Court, Masonga, who convicted and sentenced a 17-year-old young person to 8 years imprisonment with hard labor for the offence of possession of Indian Hemp without a license contrary to Regulation 4(a) of…