SALC statement condemning the use of force against protesters in Namibia 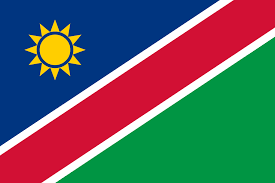 On 8 October 2020, protesters in Namibia took to the streets, for 3 days, to demonstrate against gender-based violence under the hashtag #ShutItAllDown. The protests were sparked by human remains found in the dunes of the port of the town of Walvis Bay which have now been confirmed to belong to a young woman named Shannon Wasserfall, who had been missing since April 2020.

Since the beginning of the protests, several videos have emerged showing police using violence to disperse protesters. In many of the videos, the protesters are mostly young females; police are seen using excessive force, tear gas and forcefully arresting peaceful protesters. During the protests, the police arrested 27 demonstrators against which charges were later dropped. Among those arrested were 3 journalists. Protesters were charged with contravening Section 2 of the Public Gathering Proclamation Act; for holding a public gathering without having given notice to the police.

The demands of demonstrators, among others, include the establishment of a sex registry, the expedition of cases relating to sexual and gender-based violence and the establishment of sexual violence courts. Gender based violence is a serious problem in Namibia, with recent reports showing that police were receiving at least 200 domestic violence cases monthly, while more than 1600 cases of rape were reported during the 18 months ending in June 2020. These figures are concerning given the small population of Namibia and that many more cases go unreported.

The Namibian Constitution guarantees the right to freedom of assembly and freedom of expression. Namibia has also ratified the International Covenant on Civil and Political Rights. SALC urges the Namibian authorities to adhere the UN Guidance on the Less-lethal Weapons in Law Enforcement adopted in 2020. Furthermore, we urge the Namibian authorities to abide by international and national standards on the right to peaceful assembly, freedom of expression and the press. SALC welcomes the Namibian government’s speedy response to the protests, in agreeing to set up a committee to tackle issues of sexual and gender-based violence (SGBV) as well as to set up special courts specifically dealing with SGBV.

The increase in police brutality, arrest of journalists and protest suppression is likely to undermine the peace and stability which the country has worked three decades to cement. We urge the government to fast track the demands of Namibians and to provide regular updates on the implementation of the Committee set up to curb gender-based violence.