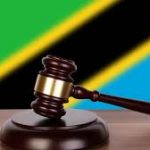 SALC is deeply concerned about the reports of human rights violations taking place in Tanzania ahead of the upcoming general elections scheduled for 28 October 2020.

Despite the fact that Tanzania’s Constitution guarantees amongst others, the right to equality, the right to privacy, the right to freedom of expression and the right to freedom of assembly and association, the Tanzanian authorities continue to restrict these rights, creating an extremely volatile situation for human rights defenders (HRDs), opposition parties and journalists. Fear of reprisals stifles criticism and creates a hostile environment for HRDs and lawyers who defend HRDs.

In addition to this increased repression, the Government of Tanzania has implemented a myriad of new laws which hinder the operation of civil society and the media. Many of these laws were passed under certificates of urgency, avoiding public participation and adequate time for parliamentary discussion:

• The 2015 Cyber Crimes Act has been used to clamp down on active citizenry. For example, in the 2015 Tanzania elections, the Cyber Crimes Act was used to detain and interrogate 36 members of the Tanzania Civil Society Election Consortium.

• Tanzania’s 2015 Whistle Blower and Witness Protection Act provides that disclosures of wrongdoing are not permitted if they would be likely to cause prejudice to the “sovereignty and integrity of the United Republic of Tanzania, the security of the State, friendly relations with a foreign State, public order, decency or morality or in relation to contempt of court, defamation or incitement to commit an offence and the disclosure of proceedings of the Cabinet”. This list is so broad that it seriously undermines the efficacy of the entire protection framework.

• The 2016 Media Services Act has been used to inhibit press freedom. In June 2018, the East African Court of Justice held that the banning of a Tanzanian newspaper for three years in terms of the Newspapers Act of 1979 immediately after it published an article relating to the President, violated the right to freedom of expression. In 2019, the East African Court of Justice held that several provisions of Tanzania’s Media Services Act of 2016 violated freedom of expression, including offences relating to prohibited publications, sedition, criminal defamation and false news.

• 2018 and 2020 Regulations have been used to curtail online media, radio, and television broadcasting stations, with several media outlets being charged hefty fines and prolonged suspensions for airing content not meeting the approval of the State.

o In March 2018, Tanzania published the Electronic and Postal Communications (Online Consent) Regulations which went so far as to
require the licensing of anyone providing online content, including bloggers. The Regulations empower the authorities to keep a
register of bloggers, online forums, online radio and online television and to take action against non-compliance to the
Regulations, including to order removal of prohibited content.
o The Electronic and Postal Communications (Radio and Television Broadcasting Content) (Amendment) Regulations, 2020, published in
June 2020 infringes on media freedoms by prohibiting a content service provider from allowing any foreigner to visit or carry any
business in relation to broadcasting content without being accompanied by a Government official or staff from the Authority.

• The enactment of the 2019 Miscellaneous Amendments Act has made it increasingly difficult for civil society to freely operate, by restricting the way NPOs can be registered and promptly deregistering NPOs which failed to meet the new registration requirements.

• The Non-Governmental Act (Rights and Duties of Assistant Registrars) Regulations, 2019, requires that non-profit organisations (NPOs) obtain approval from the State where a funding contract exceeds TSh 20 million (USD8620), and empowers the Registrar to ensure that the objectives, programmes, and duties of NPOs are in line with national plans and priorities. In August 2020, the Tanzanian Human Rights Defenders Network’s bank account was frozen by the Government without sufficient justification.

• The Written Laws (Miscellaneous Amendments) Act No. 3 of 2020, among other things, amended the Basic Rights and Duties Enforcement Act to limit the ability of associations to bring human rights litigation. The Government of Tanzania continues to disregard its regional and international human rights obligations leaving citizens without recourse in the face of violations. In 2019, Tanzania took the decision to withdraw individual access to the African Court on Human and Peoples’ Rights.

Tanzania’s reluctance to uphold regIonal and international human rights standards has been highlighted by Michelle Bachelet, the UN High Commissioner for Human Rights as well as by the Chairperson of the African Commission for Human and Peoples’ Rights. The communications made by these special mechanisms highlight the international communities’ growing concern of the country’s human rights record. In addition, the decision taken in November 2019, by the Tanzanian State, to withdraw from Article 36(4) of the Protocol for Establishment of the African Court, further demonstrates deterioration in the leadership once provided by the country which hosts the very same court.

SALC reminds the authorities in Tanzania to uphold the Constitution and the rule of law, and the principles enshrined in the Universal Declaration of Human Rights, the African Charter of Human and Peoples’ Rights. and the African Charter on Democracy Elections and Governance. We further call on the authorities to immediately investigate human rights violations and arbitrary arrests including those of Human Rights Defenders like Tito Magoti and Theodore Gyan who have now been in custody for over 9 months without facing justice.

We are concerned that the recent human rights violations and increasingly prohibitive legal environment will reduce the ability of civil society to monitor the upcoming elections. We accordingly call on the international community to support effective election monitoring at domestic, sub-regional and regional level to ensure free and fair elections in Tanzania. We also call on the international community to demand that the Tanzanian State adheres to universally accepted standards for the conduct of free, transparent, fair and credible elections.