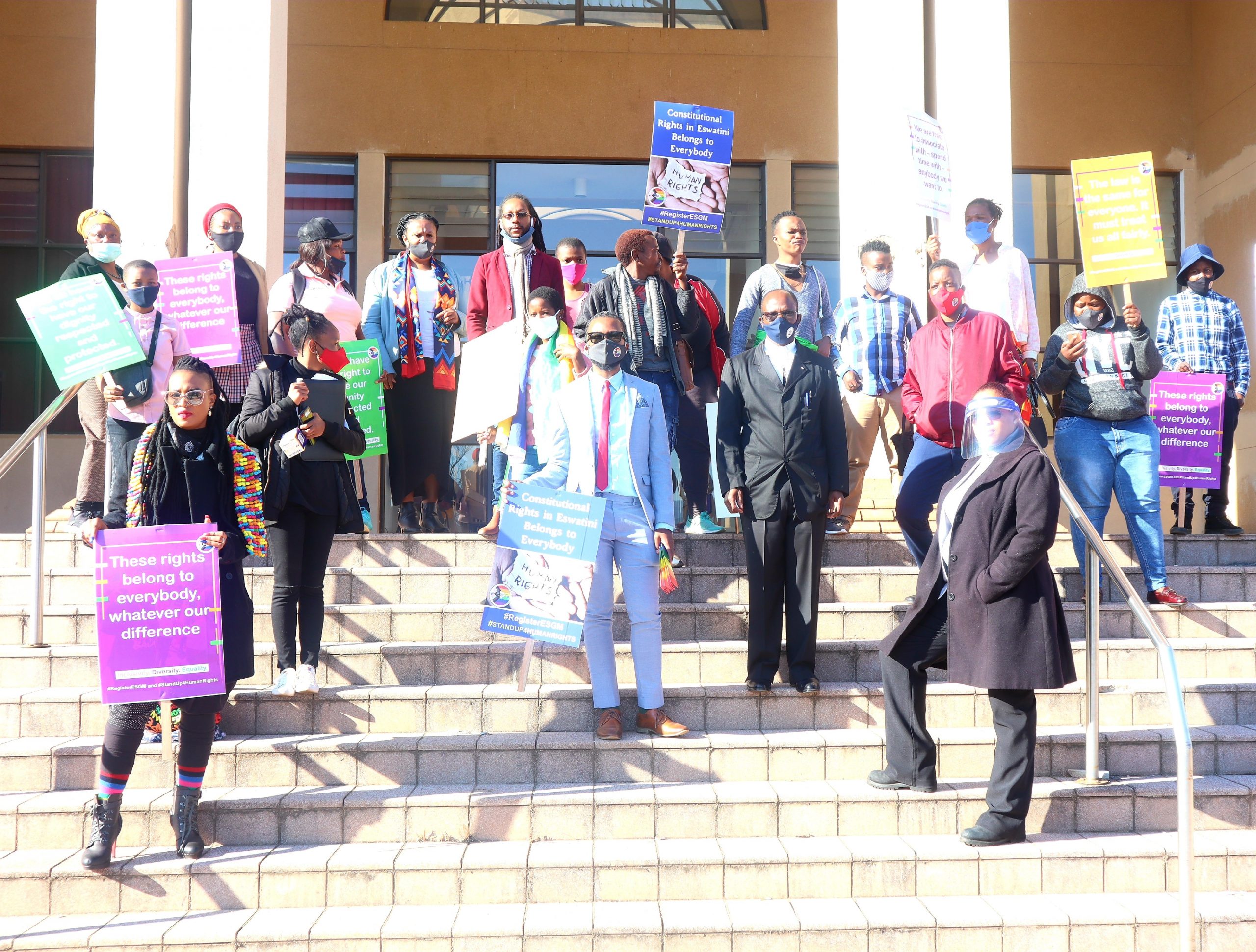 24 June 2020, Mbabane – Today, the Eswatini High Court was scheduled to hear arguments in the case of Simelane & Others versus Minister of Commerce and Industries & Others, in which the applicants sought a review of the Registrar of Companies’ decision to refuse ESGM legal registration.

The constitutional bench constituted to hear the case consisted of Justice M. Dlamini (Presiding Judge), Justice C. Maphanga and Justice M. Fakudze. Prior to the commencement of arguments, Justice M. Dlamini declared to the Applicants’ attorney (Mr. Thulani Maseko) that she was closely related to counsel from the Attorney General’s (A.G) Chambers. Appreciating the seriousness of the matter, all parties agreed to a postponement to give the Respondents’ lawyer an opportunity to hand the matter over to another lawyer in the Attorney General’s office.

We take this opportunity to appreciate and applaud Justice Dlamini’s candour in being true and honest about her position. We also pass our gratitude to the Attorney General for the professional manner in which he handled the matter, in the best interests of all parties involved. The case was postponed to 23 July 2020.

“Whilst we are very disappointed by the postponement, we are hopeful that the case will be finalised on 23 July,” said Melusi Simelane, Executive Director of Eswatini Sexual and Gender Minorities (ESGM). “We want to give a special thanks to everyone who came to court in support of the case today and hope to see you again on 23 July 2020.”

Background
The case challenges the refusal of Eswatini’s Registrar of Companies to register the organisation Eswatini Sexual and Gender Minorities (ESGM). ESGM and its members argue that the Registrar’s refusal violated ESGM members’ rights to dignity, to associate and express themselves freely, to be treated equally and not to be discriminated against.

ESGM is an organisation which aims to advance the protection of human rights of lesbian, gay, bisexual, transgender and intersex (LGBTI) persons in the Kingdom of Eswatini. ESGM assists persons who experience stigma, discrimination and violence as a result of their sexual orientation, gender identity and expression.