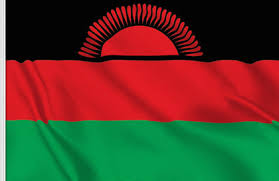 14 January 2020 – On 14 January 2020, the High Court of Malawi in Zomba granted an interlocutory injunction compelling the Minister of Education to allow all children of Rastafari religion, who have dreadlocks, to enroll into Government Schools pending the finalisation of the matter. The order is in line with Malawi’s current Education Act, which provides that the Minister of Education has a duty to promote education for all people in Malawi, irrespective of race, ethnicity, gender, religion, disability or any other discriminatory characteristics.

“We are delighted by this order, which recognises that not only the Applicants, but all Rastafari children whose rights to dignity, education and religion are affected by the policy,” said Tadala Chinkwezule, President of the Women Lawyers Association of Malawi. “It is critical that the Minister of Education issues a directive ensuring that schools implement the court order.”

“The court’s order recognises the injustice faced endured by many Rastafari children, and is in line with judgments from the courts in Kenya, Zimbabwe and South Africa, which pronounced that exclusion of Rastafari children from school on the basis of their dreadlocks is an infringement of their right to freedom of religion,” said Anneke Meerkotter, Litigation Director at the Southern Africa Litigation Centre.

Background to the Case

In 2017, a Rastafari child was refused registration by the principal of a school and Ministry of Education officials on the basis that it was a policy of the Ministry that all learners have short, combed hair. Over the years there have been a number of reports of schools refusing registration in cases where Rastafari children had dreadlocks, where students wore hijabs, or in cases where students had long hair for religious reasons.

The Applicant was represented by Chikondi Chijozi acting on behalf of the Women Lawyers Association of Malawi. The case is also supported by the Southern Africa Litigation Centre and Centre for Human Rights Education, Advice and Assistance. On 6 December 2017, the applicant was granted an order for an interlocutory injunction to allow the applicant to enrol and register at school without having to cut his dreadlocks pending the determination of the judicial review proceedings. The injunction was granted on the basis that the best interests of the child principle enshrined in the Constitution requires the applicant’s admission to school pending the determination of the case.

In recognition of the broader class of persons affected by the Education Department’s policy, the Human Rights Commission was admitted as amicus curiae since the issues raised by the case were relevant to over 30 complaints attended to by the Commission. Two years later, the case has yet to be determined, and the policy on hair continues to be applies in a discriminatory manner.

On 24 December 2019, the High Court heard a further application for an injunction against the exclusion from school of a female applicant on the basis of her dreadlocks.

On 14 January 2020, the Zomba High Court granted the interlocutory injunction compelling the Minister of Education to allow ALL Rastafari children to be admitted and enrolled into all government schools pending the final determination of the matter. The Court further compelled the applicant’s school to support her to catch up with school work she had missed.