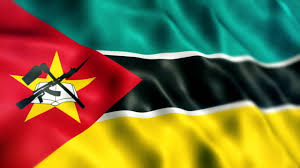 SALC strongly condemns the recent killing of Dr. Anastácio Matavel. Dr Matavel was founder and executive director of FONGA-Gaza NGO Forum and chairman of the General Assembly of  Joint Liga of NGOs in Mozambique. On the 7th October 2019, Dr Matavel was brutally killed after he attended a training session for election observers. It is alleged that a group of five individuals, four of whom are reported to be active police officers, shot and killed Dr Matavel. SALC extends its condolences to the friends, family and colleagues of Dr Matavel.

There has been a clampdown on journalists and activists in the run up to the  upcoming presidential and provincial elections scheduled for 15th October 2019. On Tuesday 27th March 2018, journalist Ericino de Salema was abducted and later found severely beaten and unconscious  in the Mutanhane area of the Maputo province.  On the 5th  January 2019, journalist Amade Abubacar was arrested without a warrant by police officers of Macomia district, while interviewing villagers fleeing from insurgent attacks. Amade was held in pre-trial detention for nearly 100 day and is currently still awaiting trial. To date there have been no prosecutions in Salema’s case.

Mozambique is a party to the African Charter on Human and People’s Rights (African Charter) and the International Convention on Civil and Political Rights (ICCPR). The failure of the State to investigate and hold the perpetrators accountable is in violation of its obligations under Article 9 of the African Charter and Article 19 of the ICCPR. Furthermore, in terms of the United Nations Declaration on Human Rights Defenders, the State has an obligation to take all necessary measures to ensure the protection of everyone against any violence, threats, retaliation, adverse discrimination, pressure or any other arbitrary action as a consequence of his or her legitimate exercise of their rights.

SALC condemns  Mozambique’s  culture of impunity towards human rights abusers and calls on the Mozambican  government to investigate and prosecute the brutal murder of  Dr. Matavel and all other journalists, activists and election observers who have been victims of human rights abuses. We furthermore remind the State that police officers have a duty to remain non-partisan during election campaigns, and the failure to do so undermines the rule of law and destabilizes the credibility  of free and fair elections. Lastly, we call on the Government of Mozambique to respect all phases of the electoral process leading up to the 2019 elections.

Six members of Mozambique’s elite police unit have gone on trial for the murder of a well-known election observer in October 2019. A report in the Jacaranda FM site notes that half a dozen elite police officers have testified in court in the southern province of Gaza, four of whom have confessed to taking part in a plot to murder him. The trial is unprecedented in a country where murders and abductions of members of civil society, opposition politicians and journalists have become routine since 2015 yet are typically sidelined for lack of evidence.