SALC IN THE NEWS: Constitutional Amendments to Remove Parliamentary Oversight over Public Debt 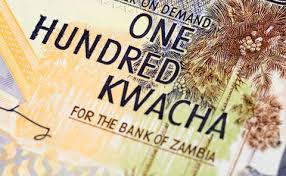 The government also on Friday presented a bill to parliament that proposes a change to the constitution to remove a clause that gives parliament oversight over government borrowing. While there may still be room for lawmakers to supervise the state signing new loans, the amendment is worrying for a nation that the International Monetary Fund has already said is at high risk of debt distress, according to Amanda Shivamba, regional advocacy program officer at the Southern Africa Litigation Center in Johannesburg.

“Definitely, from a legal perspective this would not look good to the international community,” she said by phone. “If there aren’t checks and balances and there isn’t a separation of power, where too much power is concentrated in the executive, the country can find itself in too much debt and find it very difficult to get out of it.”

Zambia’s debt has already more than doubled over the past five years to $10.2 billion by June, while 2019 growth is forecast to slow to the slowest pace this century. Yields on the nation’s dollar debt this year soared to above 20% as investors fret over the nation’s ability to repay. The finance ministry didn’t immediately respond to a request for comment.

Other key changes in the constitutional amendment bill include: