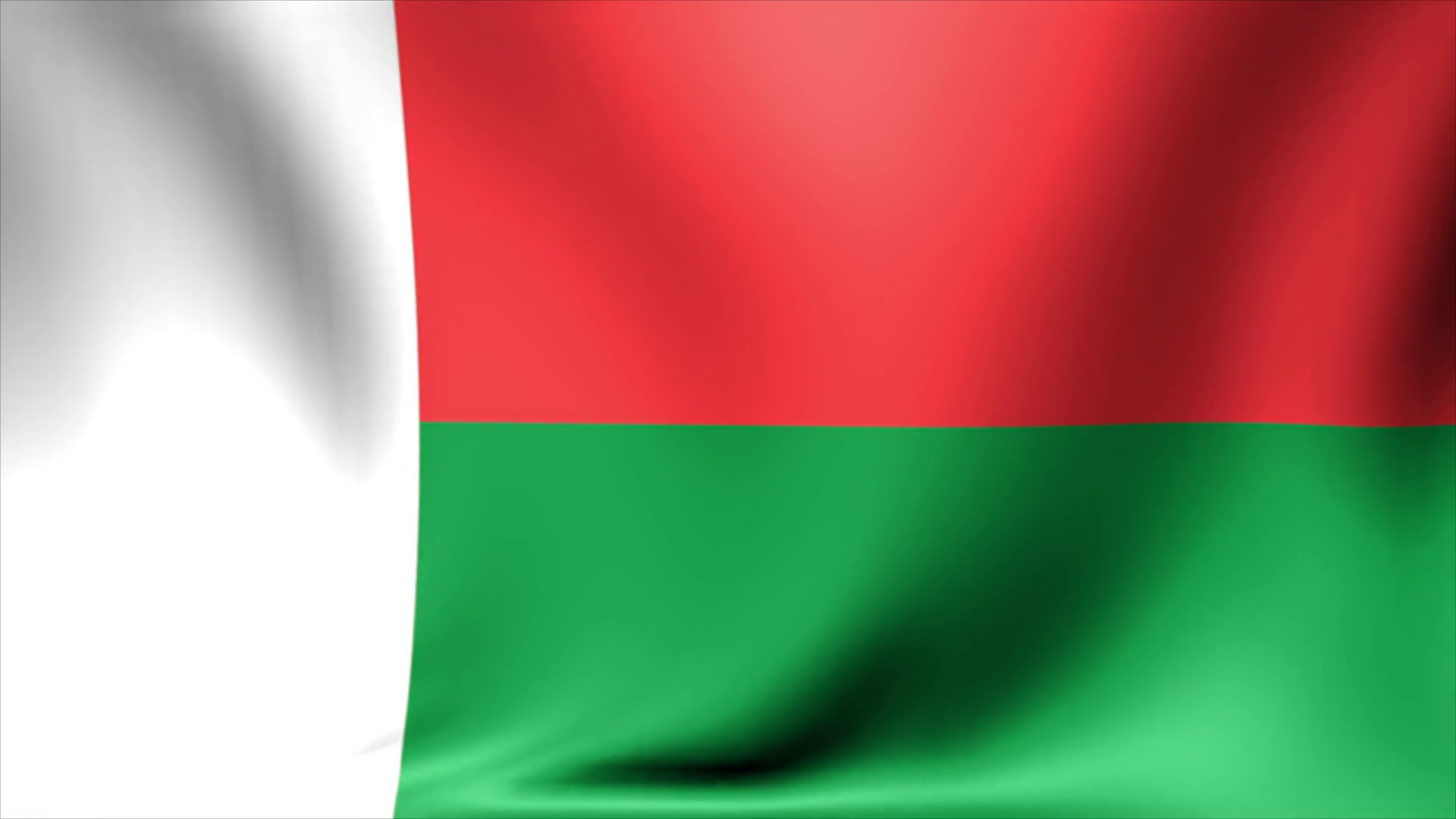 1)      This report has been prepared by the Southern Africa Litigation Centre (SALC) in consultation with members of the Malagasy Bar Association. The issues included in the report were raised during a regional summit hosted by SALC from 14-16 November 2018: Southern Africa Human Rights Defenders Summit – Reflecting on Closing Civic Spaces and its Impact on Marginalised Groups in Southern Africa. The issues are organised thematically, with recommendations following each section.

2)      During Madagascar’s second UPR cycle which was considered on 3 November 2013 and reported in A/HRC/28/13, Madagascar supported Recommendations 108.1 (Ghana), 108.11 (Portugal), 108.20 (Tunisia), 108.23(Uruguay), and 108.38 (Germany), which called on the government to ratify the Optional Protocol to the Convention against Torture and Other Cruel, Inhuman or Degrading Treatment. Madagascar fulfilled this commitment when it acceded to the Optional Protocol in 2017.

3)      However, during the same review cycle, Madagascar also supported Recommendation 108.112 (France), which stated:

“Review national legislation on the basis of current international standards in order to effectively criminalize acts of torture and cruel, inhuman and degrading treatment”.

4)      Madagascar has not reviewed its Act Against Torture and Other Cruel, Inhuman or Degrading Treatment or Punishment, Act No. 8 of 2008. While this Act takes steps to criminalise acts of torture by the police and other state actors, it has still not been incorporated into the national Criminal Code or the Criminal Procedure Code. Furthermore, the law does not: contain penalties for ill treatment, state the non-applicability of statutory limitations to torture or state the inadmissibility of confessions obtained under coercion or torture as evidence before the courts. These concerns were also raised during Madagascar’s 4th Periodic Review by the Human Rights Council held –in July 2017, reported in paragraphs 29 and 30 of CCPR/C/MDG/CO/4.  Additionally, there is no independent mechanism for filing complaints of police abuse.

5)      Concerns about the legal framework regarding torture in Madagascar are buttressed by continuing reports of torture perpetrated by state actors in the country.

6)      On 18 February 2017, two police officers from the district office of Benfandriana-Nord were allegedly killed by a group of people from Ambinanindranon’i Tavenina, a village in the Antsakabary Rural Community. On 20 February 2017, 42 members of the Force d’Intervention de la Police Nationale (FIP), were sent to Antsakabary from their base in the coastal city of Majunga. The police were sent to investigate the murders and arrest suspects, but instead they perpetrated violent retribution on the communities.

7)      From 21-22 February 2017, the FIP conducted raids on six villages in the Antsakabary Rural Community.[i] During the raids, over 400 community members were detained by the police. They were tied together and forced to crawl around in the mud. Community members were beaten with rifle butts, boots, and fists and were sprayed with tear gas. They were locked in a building overnight without any food. Police officers broke into houses and stole animals and farming equipment. There were reports of a woman who was sexually assaulted in front of the community during the raids, and a man who had chili powder rubbed on his genitals. The FIP burned down 507 structures in the six villages,[ii] including homes, churches, schools, administrative offices, and storehouses. The Mayor of Antsakabary was forced to march three hours to the village of Maroadabo and was beaten in the stomach with the butt of a rifle. The Mayor, his deputy, and several community police officers were forced to write and sign documents stating that the fires were started by an individual. The text was allegedly dictated by the Deputy Commander of the FIP officers from Majunga.

8)      On 7 March 2017, a complaint was filed with the Mandritsara Public Prosecutor on behalf of the community members from Antsakabary. From 19-23 April 2017, lawyers from Antananarivo conducted interviews with the victims of the raid and submitted a second complaint to the Mandritsara Public Prosecutor. To date we are not aware that there has been any follow up on the complaints or an investigation. This despite the fact that within one month of the murders, 26 community members were arrested for the murder of the two police officers which started the conflict and were being held awaiting trial in Antsohihy.

9)      The cruel and degrading treatment of community members and their arbitrary detention violate Articles 8, 9 and 13 of the Constitution of Madagascar. Furthermore, the behavior of the FIP violates the Act Against Torture and Other Cruel, Inhuman or Degrading Treatment or Punishment, Act No. 8 of 2008.

10)  The events which occurred in Antsakabary also violate Articles 7, 9, and 17 of the ICCPR. Furthermore, Article 2(3) of the ICCPR guarantees an effective remedy for violations of human rights. Additionally, under the CAT, Articles 12, 13, and 14 require prompt and impartial investigations when there is a reasonable ground to believe an act of torture has been committed, the presence of a prompt and impartial complaint mechanism, and an avenue for redress which includes adequate compensation.

a.       Amend Act No. 8 of 2008 as soon as possible to include penalties for ill-treatment, the non-applicability of statutory limitations to torture and the inadmissibility of confessions obtained under coercion or torture as evidence before the courts.

b.      Make the amendments needed to ensure that the provisions of Act No. 8 of 2008 are reflected in the Criminal Code and the Criminal Procedure Code.

c.       Ensure the February 2017 attacks in Antsakabary, and other credibly alleged acts of torture and cruel, inhuman, or degrading treatment, are thoroughly investigated and that the alleged perpetrators are prosecuted and, if found guilty, are sentenced appropriately.

e.       Establish an independent mechanism to investigate complaints of acts of torture or ill-treatment committed by members of the police or security forces.

Freedom of Opinion and Expression

12)  During Madagascar’s second UPR cycle which was considered on 3 November 2013, Madagascar requested time to examine certain recommendations with stakeholders, and stated that it would take a position no later than the twenty-eighth session of the Human Rights Council in March 2015. Recommendations 109.5 (Ireland), 109.6 (Japan), 109.8 (Tunisia) and 109.9 (Canada) recommended decriminalisation of defamation, abolishment of insult laws, removal of restrictions on journalists’ capacity to freely criticize the Government without fear of reprisal, and creation of a safe environment which protected journalists, human rights defenders and other civil society actors and their right to exercise their freedom of expression. On 16 February 2015, in A/HRC/28/13/Add.1, Madagascar noted each of these recommendations, stating:

“The Government will bear these recommendations in mind when finalizing the Communication Code amendment bill, which is expected to be adopted by the National Assembly during its regular session in May 2015.”

13)  On 14 July 2016, the legislature of Madagascar adopted the Code of Media Communication, Act 29 of 2016. The law was subsequently reviewed by the High Constitutional Court on 12 August 2016, in its Décision no 30-HCC/D3 du 12 août 2016 relative à la loi no 2016-029 portant Code de la communication médiatisée. The Court upheld the law as constitutional, except with regards to Article 6 of the Act which deals with access to information.

14)  The Act does not sufficiently address recommendations 109.5, 109.6, 109.8 and 109.9. While the new code removes custodial sentences for certain crimes, it still criminalises and establishes heavy fines for contempt, defamation, slander or insult of any public officer. It also prohibits interference in the celebration of national holidays or incitement to refrain from participating in them.  The Act holds editors and directors of media organisations, in addition to authors, liable for the crimes. Certain crimes, such as slander, can lead to the closing of a newspaper company. Furthermore, the law also upholds crimes that are codified in the Criminal Code and other laws. This includes the archaic offence of sedition, making it an offence to “excite disaffection”, as well as criminal defamation online and insulting a public official online, which are included in the Cybercrimes Law and its Amendment, Acts No. 6 of 2014 and No. 31 of 2016 respectively. While the Cybercrime Amendment removed custodial sentences, it retained criminal fines for the offences.

15)  The Code of Media Communication also requires journalists to register under the Minister of Communication in order to obtain a professional identity card.

16)  These laws have a chilling effect on journalists’, human rights defenders’ and every citizen’s freedom of expression. It will raise incidents of self-censorship for those who fear heavy fines and other punishments. This law poses a great risk to freedom of expression which is protected by Article 10 of the Constitution of Madagascar and Article 19 of the ICCPR.

g.      Create a safe environment which protects journalists, human rights defenders and other civil society actors and their right to exercise their freedom of expression.

18)  On 27 April 2018, the Madagascar government issued a “permanent decision” to ban all political protests. This ban was in response to citizen protests of the change in electoral laws. The ban was later lifted based on a consensus between the opposition and ruling party.

19)  Article 10 of the Constitution of Madagascar protects freedom of assembly and association. Article 21 of the ICCPR protects the right to freedom of peaceful assembly and prohibits restrictions unless they are “in conformity with the law and which are necessary in a democratic society in the interests of national security or public safety, public order (ordre public), the protection of public health or morals or the protection of the rights and freedoms of others.”

20)  Bans on political protests impermissibly limits freedom of peaceful assembly, and makes it difficult for Malagasy citizens to exercise their right to participate in Public Affairs.

a.       Respect and protect the right of citizens to peacefully assemble.

23)  In 2013, the African Commission on Human and Peoples’ Rights drafted the Model Law for African States on Access to Information. This model law collects best practices on access to information and aims to be a tool to model international and regional human rights standards in legislation, as well as create opportunities for national level advocacy to pass a law which enables the exercise of access to information. Since the adoption of the model law by the Commission, the number of African states with dedicated Access to Information laws has risen from five to twenty-five.

Conditions of Detention, Administration of Justice and Fair Trial

27)   The 2014 UPR also included Recommendations 109.4 (Central African Republic) on taking urgent measures to overcome prison overcrowding and Recommendation 108.118 (Botswana) on ensuring compliance with the Standard Minimum Rules for the Treatment of Prisoners.

28)  Madagascar’s prisons continue to be overcrowded, with many detainees awaiting trial in deplorable conditions. As part of efforts to reduce overcrowding in prisons in Africa, the African Commission on Human and Peoples’ Rights adopted the Principles on the Decriminalisation of Petty Offences in Africa. In particular, the African Commission urged states to repeal laws which punish poverty or result in arbitrary arrests and detention.

29)  Madagascar has retained archaic colonial era offences such as vagrancy. This offence is overly broad and unfairly targets poor and marginalised groups within society.

Zimbabwe is in the midst of an economic crisis, which has only been exacerbated by the effects of the COVID-19 pandemic. Lockdown restrictions have led to a decrease in manufacturing,…

In March 2021, an anonymous human rights defender from Tanzania, SALC and SRI made a joint stakeholders submission for the Tanzania UPR 39th session. Read the submission here.