News Release: ICC Appeals Chamber confirms the Decision of the pre-trial Chamber II’s Decision on Jordan’s Failure to Comply with its Obligations as an ICC Member State

Home » News Release: ICC Appeals Chamber confirms the Decision of the pre-trial Chamber II’s Decision on Jordan’s Failure to Comply with its Obligations as an ICC Member State 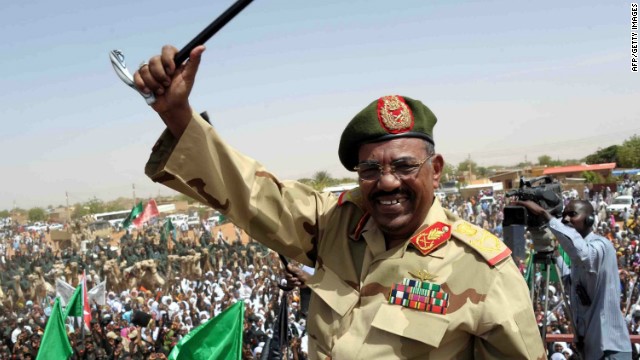 Johannesburg, 06 May 2019-The Appeals Chamber of the International Criminal Court (ICC) has today delivered a unanimous judgment confirming the decision of the Pre-Trial Chamber II that Jordan had failed to comply with its obligations under the Rome Statute to arrest and surrender Omar Al-Bashir. The then President of the Republic of the Sudan attended the League of Arab States’ Summit in Jordan on 29 March 2017. The Appeals Chamber, however, reversed the decision of the Pre-Trial chamber II to refer Jordan to the Assembly of States Parties (“ASP”) and the United Nations Security Council (“UNSC”).

The decision of the Appeals Chamber was widely anticipated as it was the first time that a State Party to the Rome Statute had taken a decision of a Pre-Trial Chamber concerning the indictment of Omar Al Bashir on appeal. Among other important legal issues considered by The Appeals Chamber included the question of whether immunities enjoyed by the Head of State constitute a bar to the exercise of jurisdiction by the ICC. The Appeals Chamber unanimously held that a sitting head of state does not enjoy immunities under customary international law when indicted by an international court. This means that any state party to the Rome Statute is under an obligation to arrest and surrender a head of state when indicted by the ICC. The Appeals Chamber also held, by majority, that the Pre-Trial Chamber had erroneously exercised its discretion in referring Jordan’s non-compliance to the ASP and the UNSC because Jordan had sought consultations with the Court on the matter. This develops the court’s position on situations where member states seek to consult with the Court in cases of uncertainty.

The Pre-Trial Chamber II had found that Jordan failed to comply with its obligations under the Rome Statute when it failed to arrest former Sudanese President Omar Al-Bashir when he attended the League of Arab States’ Summit in Jordan on 29 March 2017. The Pre-Trial Chamber referred Jordan to the Assembly of States Parties and the United Nations Security Council. Jordan Appealed against the decision on 12 March 2018. On 29 March 2018, the Appeals Chamber of the ICC issued an invitation to States and Professors of International law to make submissions on the merits of the case. On 29 April 2018, the Southern Africa Litigation Centre jointly with Professor Bonita Meyersfeld, filed an application for leave to make submissions as an amicus curiae submissions in the case. The application was unsuccessful.

The indictment of al Bashir followed the referral to the ICC by the United Nations Security Council to investigate and prosecute any person suspected of committing international crimes in Darfur, Sudan. The referral was made pursuant to resolution 1593 (2005) which was adopted on 31 March 2005. On 4 March 2009 and 12 July 2010, the ICC issued arrest warrants against al Bashir for numerous counts of crimes against humanity, genocide and war crimes. All the suspects indicted by pursuant to this arrest warrant remain at large.

SALC has been actively involved in filing cases which are aimed at compelling governments to fulfil their Rome Statute obligations in arresting and surrendering al Bashir to the ICC.