In Zambia, as in many countries in the southern Africa region, archaic, colonially-inherited laws are applied to oppress, isolate and abuse persons with psychosocial disabilities and mental health users. Reform is urgently needed.

Internationally, 10 October is observed as World Mental Health Day. It’s an opportunity to mobilise support for mental health work and raise awareness of how important mental health is for everyone.

One of the reasons mental health is so neglected is the stigma associated with mental healthcare and discrimination against people with mental health needs. In other areas of health activism (particularly in the HIV and TB rights movements) we have learnt to appreciate how deadly stigma can be – how it drives people most in need of support away from services and perpetuates inequality. Moreover, we have learnt to appreciate that bad laws can enforce stigma and create barriers to health. This toxic combination of stigma and bad law nevertheless continues in mental health in many countries. And Zambia is no exception.

Zambia’s “Mental Disorders Act” enforces a dangerously outdated approach to mental health. Under the Act, people who are arbitrarily deemed (in the discriminatory language of the Act) to be mentally “disordered”, “defective”, “idiots”, “imbeciles” or “feeble-minded” are subjected to coercive and indefinite detention, not only in psychiatric institutions but also in prisons. People in psychiatric institutions have been documented to be routinely isolated, subjected to chemical restraints, forcibly treated without their consent, chained to beds, poorly fed, and denied access to healthcare when physically abused. Because mental healthcare is centralised to these institutions and not available at primary healthcare level, people who seek mental health treatment and support are not able to access care in their communities, never mind to access meaningful alternatives to psychiatric treatment.

Without access to alternatives to institutionalisation and under the indignity of the law’s labels, many mental healthcare users and people with psychosocial disabilities in Zambia inevitably struggle to sustain themselves and their families financially and socially. And yet if you are caught under the Act’s remit, you can even be denied the right to exercise ownership over your own property and assets.

In 2017, the High Court of Zambia recognised problems with the law and declared the discriminatory language of the Mental Disorders Act unconstitutional. It ordered that people in psychiatric facilities must be treated with dignity and that mental healthcare services should be provided at primary healthcare level. It held the law to be archaic, outdated and contrary to human rights and called for a “thorough review” of the Act. Declining to set aside the Act, however, it remains in the hands of the Zambian government and legislature to implement reform.

The Petitioners in the High Court case are in fact members of an organisation called the Mental Health Users Network of Zambia (MHUNZA) and persons living with psychosocial disabilities who had experienced coercive detention and treatment under the Mental Disorders Act. They, together with other disability activists and organisations like Disability Rights Watch, have for decades lobbied the Zambian government for reform, including to repeal the old Act and to enact a new mental health law in line with the principles set out in the Convention on the Rights of Persons with Disabilities. A draft Mental Health Bill has been circulating for some time and the Zambian government has made undertakings on many occasions for it to be tabled.

But to date, the Bill is yet to be tabled in Parliament and the contents of the Draft Bill are not publically known.

In the meanwhile, persons with psychosocial disabilities in Zambia continue to suffer under the old Act. This includes the Petitioners in the High Court case who, since their court victory, have been subjected to arrest and detention on the basis of their disabilities and who continue to battle for stable access to income and employment. 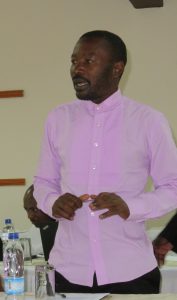 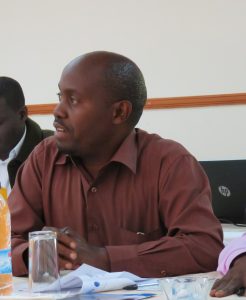 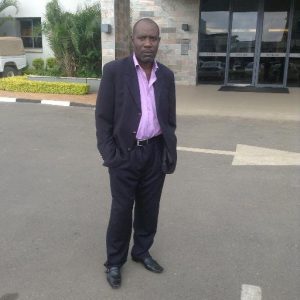 At a stakeholder meeting in May, Mr Golden Mwewa Malik, a rap artist and the 1st Petitioner in the case said, “I cannot accept people to treat me like an animal. It hurts. It pains me. How can I survive if I cannot work? To deny people their rights is to challenge their humanity.”

Mr Sylvester Katontoka, the Executive Director of MHUNZA and the 3rd Petitioner in the case, said, “Persons with psychosocial disabilities want to be appreciated and acknowledged for who they are and to contribute to the wellbeing of the country.”

Zambia and countries like it must stop the harm to mental health exacerbated by these laws and embrace reform that allows for mental health to be de-stigmatised so that the talents and contributions of persons with psychosocial disabilities can be enjoyed by society on an equal basis.