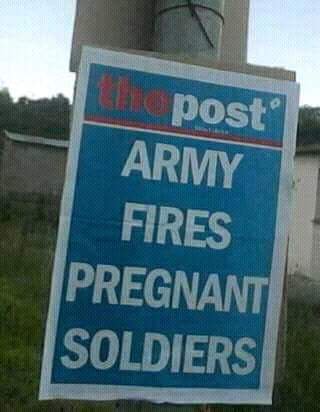 On 14 February 2018, the Lesotho High Court handed down judgment in a landmark case on women’s rights. The judgment of Sakoane J (as part of a 3 panel bench) in the case of Private Lekhetso Mokhele and Others v The Commander, Lesotho Defence Forces and Others sets an important precedent on the rights of pregnant employees in the military.

The applicants were 3 female soldiers who were discharged from the Lesotho Defence Force on the grounds of pregnancy. The discharge was based on a Standing Order issued by former Commander Kamoli which stated that a soldier may not become pregnant in the first 5 years of service. The applicants were represented by Moeketsi Rampai and Monaheng Rasekoai and supported by the Southern Africa Litigation Centre and FIDA-Lesotho.

The Court declared that both the decision to discharge the applicants and the Standing Order were unlawful and ordered that the applicants be reinstated to their positions and ranks in the LDF without any loss of benefits.

Justice Sakoane noted that the “inflexible operation of the Standing Order” had “profound effects on the reproductive rights, freedoms and careers of the female soldiers”, including that it operated “on the presumption of unfitness to serve even in other non-combative duties”; removed the need for an individualized determination of fitness; penalized “the female soldiers’ decisions to bear children even if the soldiers’ general mobility and combat readiness would not be reduced in the early months preceding birth and after birth”; and violated “the right to respect for private and family life”. The Court noted that “the contention by the Commander that pregnant soldiers must be discharged because they compromise the army’s operational capacity” and jeopardize military discipline is “a throw-back to the patriarchal view that pregnant women are not fit to work, and therefore, are a disposable workforce”.

“The applicants are elated. They have suffered great hardship because of their discharge and took a brave decision to approach the courts to challenge the discriminatory practices of the military,” said Moeketsi Rampai, the applicants’ legal representative. “The judgment is important for women’s rights and the rights of soldiers and builds on previous decisions from the Lesotho courts acknowledging that military personnel have the right to fair employment practices” said Monaheng Rasekoai.

“This case is an important milestone for Lesotho because it affirms women’s rights to sexual, reproductive and health rights in the context of employment. The decision will have a positive impact on women in all spheres of employment,” said Thusoana Ntlama, from FIDA-Lesotho.

“The Lesotho High Court has set an important example for other courts in the region. It has shown that the culture of patriarchy that is used to justify discriminatory practices against women cannot be sustained by the courts,” said Anneke Meerkotter, from SALC.

The judgment is available online at https://lesotholii.org/ls/judgment/high-court/2018/2