NEWS RELEASE: “OUR BODIES! OUR RIGHTS!” ACTIVISTS WELCOME THE PASSING OF THE MALAWI HIV AND AIDS (PREVENTION AND MANAGEMENT) ACT

Home » NEWS RELEASE: “OUR BODIES! OUR RIGHTS!” ACTIVISTS WELCOME THE PASSING OF THE MALAWI HIV AND AIDS (PREVENTION AND MANAGEMENT) ACT 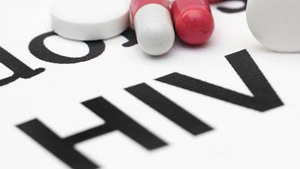 Tuesday, 13 February 2018 – Activists and civil society organisations from Malawi and across southern Africa applaud the government of Malawi for showing leadership in its HIV response and upholding human rights standards, with the recent passage of a new HIV/AIDS (Prevention and Management) Act No. 12 of 2017, which came into force on 1 February 2018. The Act has been received with approval by various stakeholders including, women’s groups, movements of people living with HIV, and national, regional and international human rights organisations fighting against human rights infringements in national responses to HIV, including the criminalisation of HIV.

The HIV and AIDS (Prevention and Management) Act has been a standing item on Parliament’s agenda for almost a decade now. Previous versions of the Bill contained provisions that were inconsistent with international good practice and violated fundamental human rights. The Bill, which had its origins in a 2008 Law Commission Report, included provisions to make HIV testing and treatment mandatory for select populations on a discriminatory basis, and provisions that criminalise HIV exposure and transmission.

As a result of concerted advocacy from civil society organisations in Malawi and beyond, powerfully led by women living with HIV in Malawi, the HIV and AIDS (Prevention and Management) Act that recently passed into law is free of these punitive and rights-infringing provisions. Parliament’s willingness to remove these provisions and to pass the law in its current form is evidence of Malawi’s commitment to promoting a human rights based response to HIV based on the best available scientific evidence and represents a significant step in moving the country closer to realising the 90-90-90 targets set by UNAIDS of having 90% of all people tested for HIV, 90% of these initiated on antiretroviral treatment and 90% of these having a suppressed viral load.

“We are greatly indebted to the parliamentarians for passing the  HIV and AIDS Prevention and Management Act  that will ensure that all Malawians,  especially women and girls living with HIV, have equal access to quality HIV and AIDS services  that are provided in an environment free of stigma and discrimination and in which human rights are protected,” said Edna Tembo, Executive Director of the Coalition of Women Living with HIV/AIDS in Malawi (COWLHA).

“This is a moment to celebrate the women of the Coalition of Women Living with HIV/AIDS (COWLHA) who, with assistance in legal empowerment from the Women Lawyers Association (WLA) and others, were able to engage with the parliamentarians and sit in the House when the bill was read out and amended line by line,” said Sarai Chisala-Tempelhoff of the WLA.

“The democratic leadership shown by Members of Parliament, and the HIV Committee in particular, during various stages of Act’s development sets an excellent example for law-makers in the region, particularly in their conscientious consideration of the concerns of affected populations, activists, and civil society,” said Kaajal Ramjathan-Keogh of the Southern Africa Litigation Centre.

“Over the last few decades we have witnessed significant HIV-related stigma and discrimination against people living with HIV being fuelled by misguided laws and policies. Even with scientific evidence pointing towards the provision of programmes that promote and uphold human dignity of the people who access services, we have watched as people and more recently, women living with HIV, have been vilified and criminalised because of their HIV status” added Michaela Clayton, Director of the AIDS and Rights Alliance for Southern Africa (ARASA).

“These groups have walked a long road in proposing amendments to the harmful provisions in the Bill and in speaking out about the damaging impact some of these provisions would have on people’s fundamental human rights. We are happy that they listened. We are overjoyed that the relevant Members of Parliament, together with the drafters of the Bill and the Ministry of Justice, heeded our call and passed a law which all Malawians are proud to stand behind and protect,” said Victor Mhango, Executive Director for Centre for Human Rights Education, Advice and Assistance (CHREAA).

Coalition of Women Living with HIV in Malawi https://cowlhamalawi.wordpress.com