STATEMENT: CIVIL SOCIETY CALLS ON SA GOVERNMENT TO CO-SPONSOR AND SUPPORT RESOLUTIONS TO ADDRESS VIOLENCE AND DISCRIMINATION AGAINST WOMEN BEFORE THE UN HUMAN RIGHTS COUNCIL

Home » STATEMENT: CIVIL SOCIETY CALLS ON SA GOVERNMENT TO CO-SPONSOR AND SUPPORT RESOLUTIONS TO ADDRESS VIOLENCE AND DISCRIMINATION AGAINST WOMEN BEFORE THE UN HUMAN RIGHTS COUNCIL 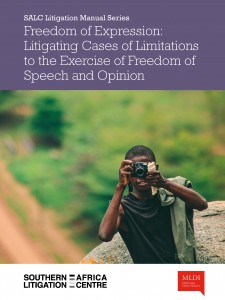 All three resolutions contain language that is in line with commitments laid out in South Africa’s Constitution. All three call on UN member states, including South Africa, to take action to address multiple and intersecting forms of violence against women and girls.

Despite South Africa’s ongoing crises of violence against women and girls, and despite now familiar reassurances from senior government officials that addressing and preventing violence against women is a national priority, South Africa chose not to join the nearly sixty countries which co- sponsored these resolutions when they were tabled last Thursday at the Human Rights Council.

To date, the South African government has still not indicated whether it will co-sponsor or support these resolutions when they go before the Human Rights Council this Thursday and Friday. Our government has also not provided a rationale for its inaction.

The civil society organisations listed below call on the South African Government to endorse these resolutions by immediately signing on as co-sponsors, opposing any hostile amendments tabled by conservative states and by voting for the resolutions later this week.

As women’s rights and gender equality organisations, we expect South Africa to act in line with its commitments to human rights as contained in national, regional and international law. Over the years we have observed an inconsistent approach by South Africa to women’s rights in UN and other inter-governmental spaces. This flies in the face of South Africa’s hard won largely progressive legislative framework on women’s rights. It also sends a message domestically that addressing violence and discrimination against women is simply not a priority in the face of other agendas.

All three resolutions contain progressive language and include commitments to action sorely needed to address and prevent endemic violence and discrimination against women in South Africa. None contain any language that could be construed as conflicting with our own laws.

While nearly 60 countries co-sponsored these resolutions, South Africa, a member of the Human Rights Council, has to date failed to indicate whether it will follow suit.

Drafted by Canada and co-sponsored by sixty countries including Ghana, Rwanda and Botswana, the Resolution on Accelerating Efforts to Eliminate Violence against Women is the first resolution ever in the Human Rights Council to call on States to implement strategies to engage men and boys in preventing and responding to violence against all women and girls. It includes strong and clearly articulated strategies sorely needed in South Africa. For instance, it identifies patriarchal norms as a root cause of gender based violence and it calls on States to “design, implement and regularly monitor the impact of national policies, programmes and strategies that address the roles and responsibilities of men and boys, including through transforming social-cultural norms and traditional and customary practices that condone violence against women and girls…”. Amidst concerns about the inadequacy of funding for women’s rights organizations, the resolution includes important language ensuring resources for women and girls are not compromised in order to fund initiatives focused on engaging men and boys.

The resolution drafted by Mexico and Colombia on the Elimination of Discrimination against Women and Girls was co-sponsored by forty-three countries, including Botswana and Rwanda in the Africa Group. It also includes commitments needed here at home. It urges States to challenge patriarchal attitudes and eliminate gender stereotypes, address unequal power relations that view women and girls as subordinate to men, reaffirms women’s bodily autonomy and right to make decisions over their lives and health, and calls on States to collaborate with “women’s and community-based organizations, feminist groups, women human rights defenders and girls’ and youth-led organizations”. These are all measures that are sorely needed in South Africa.

The civil society organisations listed below call on government to indicate its support for these resolutions by immediately co-sponsoring them and opposing any hostile amendments proposed to limit their scope and potential impact.

We expect our Government to uphold the values and commitments enshrined in our constitution and in national law, including to equality, health, dignity, and physical and psychological integrity. Now more than ever we need clear and unequivocal action to advance women’s rights and to end violence against women and all forms of discrimination.