A victory for the right to fair and substantial justice: Recent cases from the Malawi High Court

Home » A victory for the right to fair and substantial justice: Recent cases from the Malawi High Court 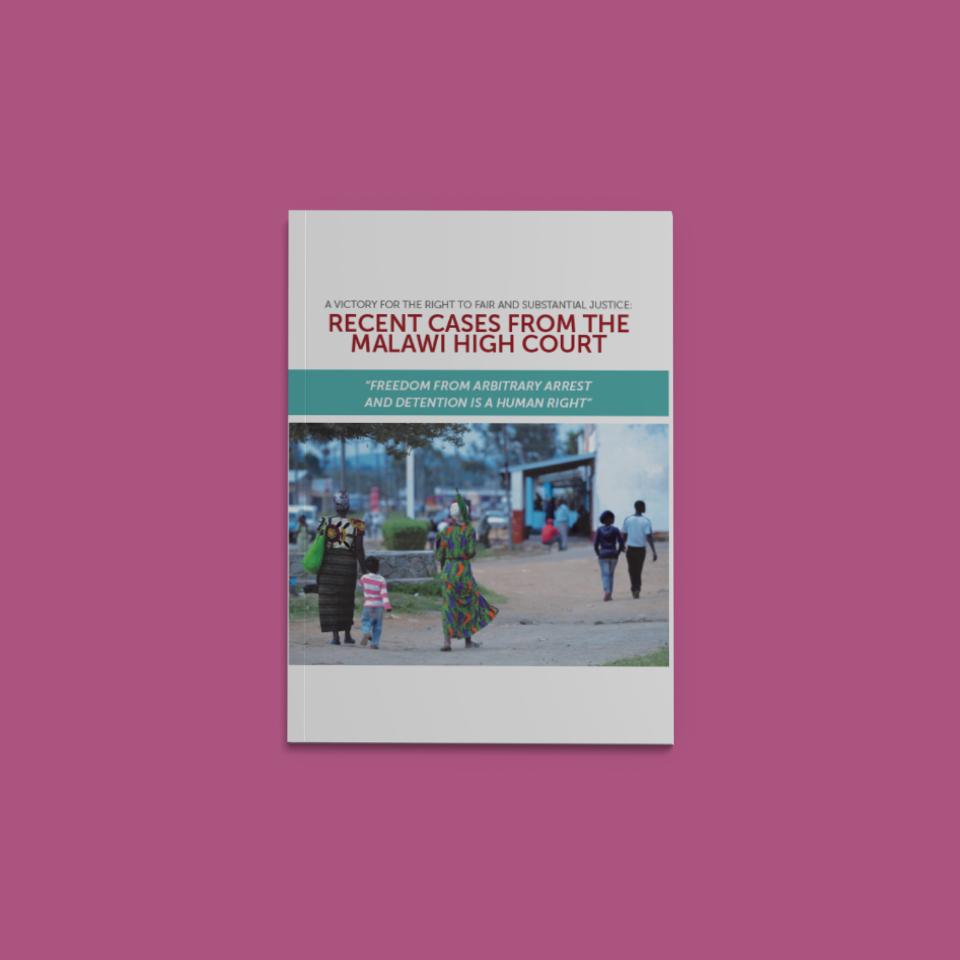 All persons are entitled to fundamental rights and freedoms, including the right not to be discriminated against, harassed, or abused, and are fully entitled to fair treatment, due process of the law, and to be free from arbitrary arrest and detention. The High Court of Malawi has recently been critical of the way in which police and lower courts have applied certain offences and emphasised the obligation of the State to protect and uphold the rights of all persons.

In September 2016, in the case of Republic v Pempho Banda and Others, the High Court of Malawi held that the offence of living on the earnings of prostitution did not prevent sex workers themselves from living on their earnings. The Court held that section 146 of the Penal Code prevents another individual from living on the earnings of their prostitution, and was designed to protect sex workers from exploitation by third parties. In Malawi, many sex workers face discrimination, intimidation and harassment by the police simply for being sex workers. This occurs despite the fact that it is not illegal to be a sex worker in Malawi. Over the years, sex workers have often been arrested under offences that are overly broad and are incorrectly and arbitrarily applied by the authorities. In particular, some of the offences which have been erroneously used to unlawfully arrest and convict sex workers include the offence of being a rogue and vagabond and the offence of living on the earnings of prostitution.
In January 2017, the High Court of Malawi in Mayeso Gwanda v The State declared one of the rogue and vagabond offences unconstitutional, and therefore arrests made under this offence are unlawful.

Also in January 2017, the High Court of Malawi in EL (Female) v Republic set aside EL’s conviction and sentence for the offence of being likely to spread a disease dangerous to life. The Court emphasised the fair trial rights of the accused and the importance of the courts being very careful when dealing with offences that are overly broad.
These cases complement an earlier judgment by the Malawi High Court on the rights of sex workers and women living with HIV, in State v Mwanza Police and Others.
These cases emphasise that all persons including poor, vulnerable and marginalised individuals such as sex workers and women living with HIV, are fully entitled to fair treatment, due process of the law and to be free from victimisation and abuse.

A summary of the above cases can be downloaded here.