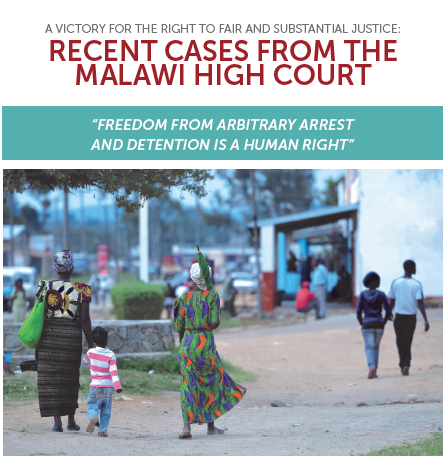 The 39th Plenary Assembly meeting in Swaziland,  SADC-PF adopted the first ever model law on child marriage in the region which will require member states to harmonise their national laws to prevent child marriages in support of the African Union Campaign to End Child Marriage in a Generation.

The Plenary Assembly is the highest decision-making body of the SADC-PF, the deliberative forum that brings together National Parliaments from 14 SADC Member States and approximately 3,500 Parliamentarians.

The Model Law will provide guidance to parliamentarians, ministries of justice, policymakers, and other stakeholders in SADC countries as they develop national laws. “The Model Law will address the most common problem of inconsistencies and gaps in the laws which weaken the sanction mechanisms available to law enforcement agencies across the region”, says Roland Angerer, Plan International Regional Director in the Eastern and Southern Africa. The Model Law eliminates several loop holes that make current laws ineffective and unenforceable including parental and judicial consent, and conflicts between customary and statuary laws.

Child marriage affects 70 million girls in the world. The East and Southern Africa alone harbours seven million child brides. The SADC-PF and other partners developed the model law in response to the high prevalence of child marriage in Southern Africa, which is largely driven by high poverty levels, gender inequity, traditions, religion, and limited educational opportunities for girls. “Child marriage mostly affects girls in rural areas, the uneducated or under-educated and those from the poorest households in SADC and other African countries. It is therefore, a glaring evidence of societal failure to provide equal protection, opportunities and services to all adolescents”, noted Ms. Justine Coulson, UNFPA’s Deputy Regional Director for East and Southern Africa.

“The involvement of civil society and girls affected by child marriage is critical to ensuring the SADC Model Law helps protect millions of adolescent girls who face child marriage. We are pleased to see that young girls, civil society organisations and advocates will soon have the backing of the law to end a practice which deprives millions of girls of the future they deserve,” added Ms. Heather Hamilton, Interim Executive Director of Girls Not Brides.

The process to develop the model law started in 2015 and has involved wide consultations with various stakeholders in SADC Member States at regional level including those affected by child marriage, parliamentarians, ministries of justice, civil society organizations and human rights commissions.

“As partners, we applaud SADC PF for its commitment and foresight by adopting this best practice Model Law which will protect millions of adolescent girls from the negative consequences of child marriage. We now have to implement, implement and implement”, stated Ms. Nyasha Chingore of the Southern Africa Litigation Centre (SALC).

SADC PF, the SADC Parliamentary Forum, is a regional organisation of the National Parliaments of SADC Member States formed in 1996 and approved by the SADC Summit of Heads of State and Government in 1997 with the primary objective of involving the people of SADC and their elected representatives in the affairs of SADC. SADC PF is the voice of Parliamentarians in the SADC region and has its Headquarters in Windhoek, Namibia. Contact Programme Director, Ms. Boemo Sekgoma on email: bsekgoma@sadcpf.org/ boemosekgoma@gmail.com cc: Public Relations Officer, Mr Moses Magadza on email mmagadza@sadcpf.org

UNFPA, the United Nations Population Fund, is the lead UN agency for delivering a world where every pregnancy is wanted, every child birth is safe, and every young person’s potential is fulfilled. UNFPA East and Southern Africa Regional Office (ESARO) works in 23 countries in the region as a catalyst for change. Through its Joint Programme with UNICEF, UNFPA implements a Global Programme for Ending Child Marriage. Visit http://esaro.unfpa.org, ‘like’ UNFPA ESARO on Facebook and follow @UNFPA­_ESARO on Twitter.

Plan International is one of the oldest and largest children’s development organisations in the world working in more than 70 countries to create lasting change for children and their communities. Plan International is currently implementing the 18+ Ending Child Marriage in Southern Africa Programme. Visit https://plan-international.org/

Girls Not Brides is a global partnership of more than 600 civil society organizations from over 80 countries committed to ending child marriage and enabling girls to fulfil their potential. Visit www.GirlsNotBrides.org and follow @GirlsNotBrides on Twitter.

Southern Africa Litigation Centre—an organization established in 2005 is committed to promoting human rights and the rule of law in Southern Africa including adolescents’ access to justice. Visit https://www.southernafricalitigationcentre.org/ and follow @Follow_SALC on twitter.

The World Young Women’s Christian Association – (World YWCA) is a faith-based organisation which advances the empowerment, leadership and rights of women, young women and girls in more than 120 countries around the world. We are a volunteer-based movement, which has been at the forefront of progressing women’s rights for more than 160 years. We are all working toward the same common goal that “by 2035, 100 million young women and girls will transform power structures to create justice, gender equality and a world without violence and war; leading a sustainable YWCA movement, inclusive of all women.”