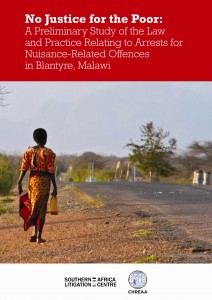 SALC IN THE NEWS: BASHIR FREE, YET THE ATROCITIES GO ON

The South African government’s failure to arrest President Bashir was ruled to be unconstitutional and invalid by the North Gauteng High Court and this failure continues to be worrisome particularly as fresh reports of the state sanctioned crimes against humanity continue to emerge from Darfur.

A new report, released in September 2015 by Human Rights Watch details horrific crimes including murder, rape and forced displacement committed by government forces against civilians. Before delving into the details of these atrocities, a brief historical account of the conflict in Darfur is necessary.

The Darfur conflict is complex and has many cultural, social, religious and economic factors that have created fertile ground for conflict. Typified by historical enmity between Arab tribes and African tribes, pastoralist and sedentary farmers, Muslims and non-Muslims, the conflict has a multitude of causes.  The situation escalated in 2003 when the Sudan Liberation Army (SLA) and the Justice and Equality Movement (JEM) launched an insurgency against President Bashir’s Khartoum government.

The Janjaweed militia are notorious for committing murder, rape, pillage and destroying all sources of water and food as they raid villages. Reports indicate that they are not only armed by the government but are given instructions to terrorise civilians.

Currently, the United Nations has put the death toll at 300 000, since 2003, and has indicated that 2.7 million civilians have been displaced since the insurgency. This carnage and the suffering of civilians prompted the United Nations Security Council to refer the situation to the ICC.

The ICC conducted investigations that led to the issuing of arrest warrants for President Bashir, certain members of his government and members of the rebel movements. Relying on the cooperation of signatory states to arrest fugitives is the only way that President Bashir will have his day in court as the ICC has no police force of its own. If the harrowing statistics, the death toll and the suffering of innocent civilians between 2003 and 2010 was not reason enough for ICC signatories to arrest President Bashir, then surely the ongoing perpetration of these crimes should spur governments into action today.

According to a 2015 Human Rights Watch report, the Rapid Support Forces (RSF) has launched fresh attacks against civilians in Darfur. The RSF is a Sudanese government force under the command of the National Intelligence and Security Services. The RSF was created in 2013 in a bid to defeat all armed rebel groups in Sudan. Their modus operandi includes burning villages, looting, torture, sexual violence, and the execution of civilians. They work in conjunction with the Sudanese Armed Forces and the Janjaweed.

Human Rights Watch interviewed more than 151 survivors and witnesses from Darfur, most of whom had fled Sudan to Chad and South Sudan. Survivors and witnesses have remained in Sudan are classified as internally displaced people (IDPs) and, as such, have ended up in IDP camps in government controlled areas where they are vulnerable to further persecution and out of the reach of many humanitarian organisations. This is due to a variety of factors including the Sudanese government’s hostility towards foreign aid agencies. For example in 2009 President Bashir ordered all foreign aid agencies to leave the country, as he accused them of spying for the ICC. The internally displaced people lack adequate food and shelter and are provided with no medical assistance.  There are also reports from RSF defectors who explained that they were ordered to commit atrocities against innocent civilians.

Though United Nations and African Union peacekeepers have been deployed they face an uphill battle and have struggled to protect civilians. The international peacekeepers have been present in Sudan since 2004, yet some have been killed and have been prevented access to conflict afflicted areas by President Bashir’s government. South Africa has been involved in the peace process in Sudan, but as reports indicate, it has failed to assuage the intensity of the conflict. The conflict rages on and crimes are committed with no accountability or justice for the victims.

In the face of such shocking crimes, desperate victims and rampant impunity, it is particularly astounding that ICC signatory countries who had the chance to arrest the chief architect of these crimes, failed to do so.