COURT DIARY: ATTORNEY GENERAL AND OTHERS V TAPELA AND OTHERS 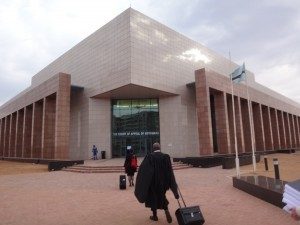 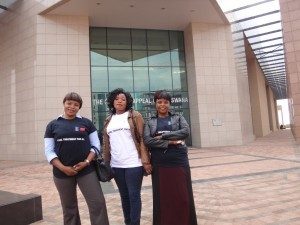 The State appellants were represented by Ms Sharpe, of the Attorney General’s office. The State appellants abandoned all procedural objections raised in the appeal. On the merits, the appellants argued that while it recognized a duty to provide adequate medical care to all prisoners, the standard of care is not “optimal” treatment but one of adequacy, which standard is determined in relation to financial constraints. The defence against the prisoners’ arguments, that the refusal to provide ARV treatment violated constitutional rights and was unlawful, was that government could not afford the treatment.

Advocate Marcus SC, Advocate Goodman and Attorneys Messers Rantao and Gaongalelwe of Rantao Kewagamang Attorneys represented the respondents. The first and second respondents were the two prisoner applicants in the High Court who had since been released from prison and deported to their home countries. The third respondent was the Botswana Network on Ethics, Law and HIV/AIDS (BONELA).

The respondents argued that the Prisons Act contains no provision which sanctions discrimination in the provision of medical care to prisoners. It was argued that whilst it can be accepted that the standard for the provision of care is one of adequacy, that standard must be applied without discrimination. Neither the Presidential Directive, the alleged source of the policy denying treatment, nor the national HIV/AIDS policy can lawfully displace the legislative and constitutional obligations to provide healthcare without discrimination to prisoners.

The respondents argued further that the denial of treatment unjustifiably limited the prisoners’ rights to life, inhuman and degrading treatment, equality and non-discrimination. The State’s reliance on financial constraints, it was argued, were mere bald assertions for which no evidence had been provided despite multiple opportunities to do so. In any case, the State had failed to displace the respondents’ evidence of perverse consequential expenses resulting from the impact of failing to treat non-citizen prisoners. There was therefore no justification before the Court which could in law justify the limitations to the prisoners’ constitutional rights.

In a related appeal against a contempt application brought to enforce the August 2014 High Court decision, in the case of Attorney General and Others v Mwlae, Mr Motswagole represented the respondent. He aligned himself with BONELA’s arguments in the Tapela matter and argued that the Court’s jurisdiction to rule on matters of executive decision making was established in constitutional matters.

In the course of its engagement with the parties, the Court raised a number of issues. The Court questioned counsel for the Attorney General on its reliance on the Presidential Directive to limit a constitutional right when the Constitution explicitly requires a “law” to be in place for the valid limitation of a right. The Court further queried the State appellants’ reliance on financial justifications in the face of the appellants’ failure to put the relevant numbers before the Court. In particular, it queried the failure to displace the possibility that failing to provide ARV treatment to foreign prisoners may increase consequential expenditure due to the increased susceptibility of the prisoners to opportunistic infections and increased infectiousness to others. The Court also queried the position of prisoners as wards of the State, to whom it owes a greater responsibility for health and welfare than others under the common law.