Using the court to protect vulnerable people: Perspectives from the judiciary and legal profession

Home » Using the court to protect vulnerable people: Perspectives from the judiciary and legal profession 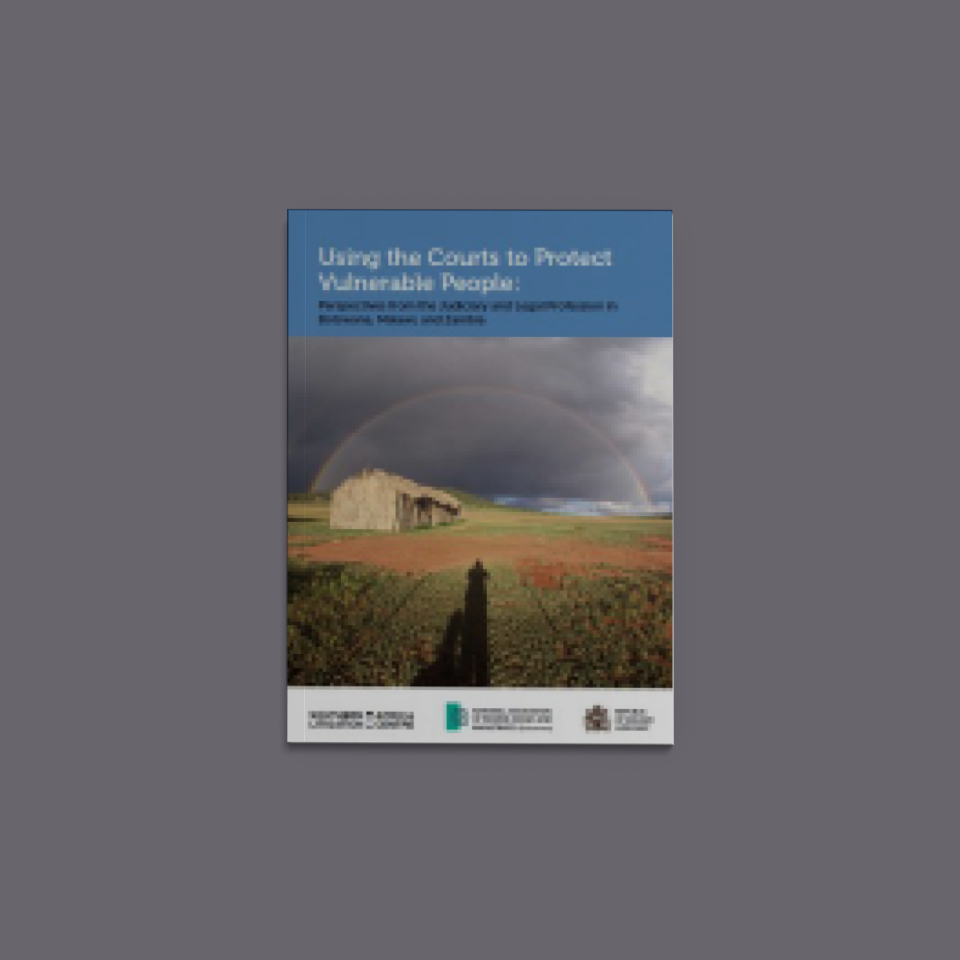 In February and March 2014 the Southern Africa Litigation Centre, the National Association of Women Judges and Magistrates (Botswana) and the judiciaries in Malawi and Zambia co-hosted judicial colloquia on the rights of vulnerable groups. The colloquia provided a unique opportunity for judges to discuss and debate the development of constitutional jurisprudence in their courts. This collection of papers seeks to broaden those discussions to judicial officers who were unable to participate in the colloquia.

The papers in this compendium are loosely organised around three overlapping themes.

The third theme is the right to equality. Fundamental to protecting the constitutional rights of vulnerable and marginalised groups is the recognition of the right to equality and non-discrimination. The authors set out the ambit of this right, reflecting on domestic and comparative jurisprudence which has gradually broadened the scope of the right.

The Role of the Judiciary in Protecting the Rights of Vulnerable Groups:

The Role of the Judiciary in Protecting the Rights of Vulnerable Groups in Malawi: Andrew KC Nyirenda SC JA
Judicial Activism and the Protection of the Rights of Vulnerable Groups in Malawi: Lovemore Chikopa SC JA
The Role of the Judiciary and the Legal Profession in Protecting the Rights of Vulnerable Groups in Botswana: Dr Oagile Dingake J
Judicial Decision-Making and Freedom of Expression in Zambia: The Case of People v Paul Kasonkomona: Sunday B Nkonde SC
Overcrowding and its Effects on the Health of Prisoners in Malawi: A Role for the Malawian Courts? Kenan T Manda J
Realising the Full Potential of Civil and Political Rights for Marginalised Populations in African Countries: Priti Patel
Accused’s Rights and Access to Prosecution Information in Subordinate Courts in Zambia: Sunday Nkonde SC and William Ngwira
Examining the Constitutionality of Rogue and Vagabond Offences in Malawi: Chikosa Banda and Anneke Meerkotter

Invoking International Law in Domestic Courts to Protect the Rights of Vulnerable Groups:

Realising the Right to Equality for Vulnerable Groups:

An Analysis of Malawi’s Constitution and Case Law on the Right to Equality: Kenyatta Nyirenda J
The Ambit of Prohibited Grounds of Discrimination: Comparative Jurisprudence on HIV Status and Sexual Orientation: Mandala D Mambulasa
Resolving the Tension Between Gender Equality and Culture: Comparative Jurisprudence from South Africa and Botswana: Chipo Mushota Nkhata and Felicity Kayumba Kalunga
Lingering Inequality in Inheritance Law: The Child Born Out of Wedlock in Botswana: Elizabeth Macharia Mokobi
Developing a Conceptual Framework Against Discrimination on the Basis of Gender Identity: Dr Chiwoza Bandawe and Anneke Meerkotter