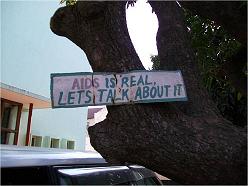 SALC in the News: Lesotho Denies Women Right to be Chiefs

Business Day, Ernest Mabuza, May 17 2013–The Johannesburg-based Southern Africa Litigation Centre branded Thursday a dark day for women in Lesotho after the mountain kingdom’s Constitutional Court upheld a section of the Chieftainship Act that denied daughters the right to succeed to chieftainship.

This is in sharp contrast to South Africa’s 2008 Constitutional Court ruling that recognised the right of a 66-year-old woman to become chief of her Limpopo tribe. The court upheld the appeal by Tinyiko Nwamitwa-Shilubana, whose chieftainship of the Valoyi tribe, near Tzaneen, was taken away in 1968 because of her gender.

The Lesotho Constitutional Court ruling is seen as a serious blow against women’s rights and gender equality.

“This is a dark day for women in Lesotho. The Constitutional Court has basically re-affirmed the view that women are second-class citizens in Lesotho,” centre deputy director Priti Patel said.

She said the decision went against the trend of African courts upholding the rights of women.

The centre was admitted as a friend of the court in the Lesotho case in which Senate Gabasheane Masupha, the firstborn child of a chief, argued that denying her the right to hold the chieftainship because of her sex violated her constitutional rights to equality and freedom from discrimination. Upon her father’s death, Ms Masupha’s mother was appointed caretaker of the chieftainship.

Following her mother’s death, the chieftainship was contested by Ms Masupha’s uncle and half-brother. Ms Masupha intervened, seeking to takeover the chieftainship as she was the firstborn child. However, she was denied the right because she was a woman.

Although the court held that the customary law was protected by the constitution of Lesotho, it reasoned that a mere differentiation did not mean that there was discrimination and did not raise a constitutional issue.

It said there were cases which stated that treating men and women differently did not result in illegal discrimination.

“Although firstborn daughters are also related to chiefs by blood, there is an absolute bar against them succeeding to chieftainship. They are not even permitted to succeed on the limited basis provided for in section 10(4) of the act,” the centre had said in heads of argument filed last year.

In Botswana, the high court recently struck down a customary law which denied women the right to inherit.

21 May 2021, Gaborone – Today, a full bench of the Botswana High Court, in a judgment broadcast live on television and online, held in favour of the Ba-Ga-Malete Tribe, represented by its female chief Kgosi Mosadi Seboko. The case related to an application by the Malete Land Board to…