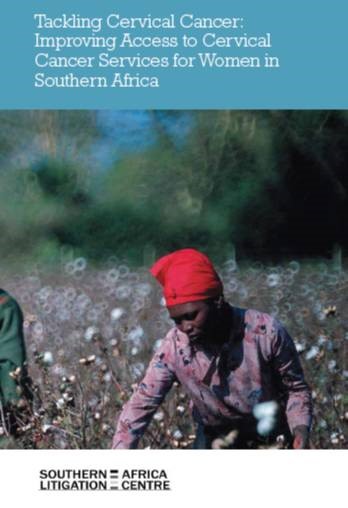 Health care settings are thought of as places of safety, where lives are saved and human rights are protected. The idea that torture, cruel, inhuman, or degrading treatment can occur in health care facilities is therefore understandably one which many still find far-fetched at best and hysterical or fictitious at worst. However, violations of human rights in health care settings continue seemingly unabated globally. Today the Human Rights Council Special Rapporteur on torture and other cruel, inhuman or degrading treatment or punishment, Juan Mendez, joined the call to end abuses in health care.

On Monday the 4th of March 2013, at the 22nd Session of the Human Rights Council, the Special Rapporteur presented a thematic report on Torture in Health Care. The report highlights how certain forms of abuses in health care settings cross a threshold of mistreatment that is tantamount to torture or cruel, inhuman or degrading treatment or punishment. It emphasises that often state sanctioned policies promote practices that lead to abuse and human rights violations. The report also emphasises that abuse is especially prevalent in the care of socially marginalised groups such as people living with HIV, sexual and gender minorities, people who use drugs, and people with disabilities among others.

Abuses in health-care settings are prevalent throughout the world, including in southern Africa. Last year in July the Namibian High Court found that three women had been coercively sterilised in state hospitals. Similar cases have been brought before the courts in South Africa, while there is evidence to suggest that forced or coerced sterilisation of women living with HIV may have also taken place in Swaziland and Zambia. People living with HIV across the region have reported segregation in health facilities and mistreatment as a result of stigma and discrimination.

Research also shows that women face shocking disrespect and abuse including pinching, slapping and rough handling during labour in South Africa. This abuse is mostly directed at already vulnerable women such as migrants and women living with HIV. Reports from Zimbabwe suggest that women with new born babies are being detained in inhuman conditions for failure to pay their hospital fees.

In addition, research shows that most countries in southern Africa do not have comprehensive national palliative care policies. Despite the huge burden of cancer, HIV, and other life-limiting illnesses across the region, there is a lack of commitment by southern African countries to ensure the availability of medicines that can relieve pain. Countries in the region have a very low average consumption of pain-relief drugs, particularly opioids such as morphine. For example, it is reported that in 2010, Zambia’s consumption of medication to provide pain relief only addressed the pain of 2.5% of those that needed pain medication. Availability of pain and symptom relieving drugs enhances the quality of life and maximise clinical benefit from available treatments while ensuring freedom from unnecessary suffering.

The legal definition of torture and ill-treatment encompasses a range of abuses occurring in health settings. Southern African countries have a duty under international, regional and constitutional laws to ensure that people are not subjected to torture, cruel, inhuman or degrading treatment or punishment. Under international law, any infliction of severe pain and suffering by a state actor or with state instigation, consent, or acquiescence can, depending on the circumstances, constitutes either torture or ill-treatment. Even in the rare instance where a state is not bound under any legal document, the prohibition against torture is a matter of jus cogens, a peremptory norm of customary international law, from which no derogation is permitted.

There are unique challenges to stopping torture and ill-treatment in health-care settings. Many times authorities seek to defend practices on grounds of medical necessity but often these practices fail to measure up as reasonable or justifiable violations of rights. In his report, the Special Rapporteur highlights that treatment without consent, denial of medical treatment and policies that make it impossible to access cheap and effective pain relief medications for patients suffering excruciating pain under the auspices of a country’s drug addiction prevention strategy may lead to a violation of the right to be protected from torture, cruel, inhuman, or degrading treatment.

The Special Rapporteur highlights some steps that States should take to minimise abuse in health settings. These include:

(a) Enforcing the prohibition of torture in all health-care institutions, both public and private;

(b) Promoting accountability for torture and ill-treatment in health-care settings by identifying laws, policies and practices that lead to abuse; and enabling  national preventive mechanisms to systematically monitor, receive complaints and  initiate prosecutions;

(c) Conducting prompt, impartial and thorough investigations into all allegations of torture and ill-treatment in health-care settings; where the evidence warrants it, prosecuting and taking action against perpetrators; and providing victims with  effective remedy and redress, including measures of reparation, satisfaction and  guarantees of non-repetition as well as restitution, compensation and rehabilitation;

(d) Providing appropriate human rights education and information to healthcare personnel and others, including judges, prosecutors and police on the standards regarding free and informed consent;

(e) Safeguarding free and informed consent on an equal basis for all individuals without any exception, through legal frameworks and judicial and administrative mechanisms, including through policies and practices to protect against abuses;

(f) Ensuring special protection of minority and marginalised groups and individuals as a critical component of the obligation to prevent torture and ill-treatment.

Priti Patel says:  17 NOVEMBER, 2014 AT 10:57 AM  The best organisations to contact with respect to this is either Her Rights Initiative or the Women’s Legal Centre.