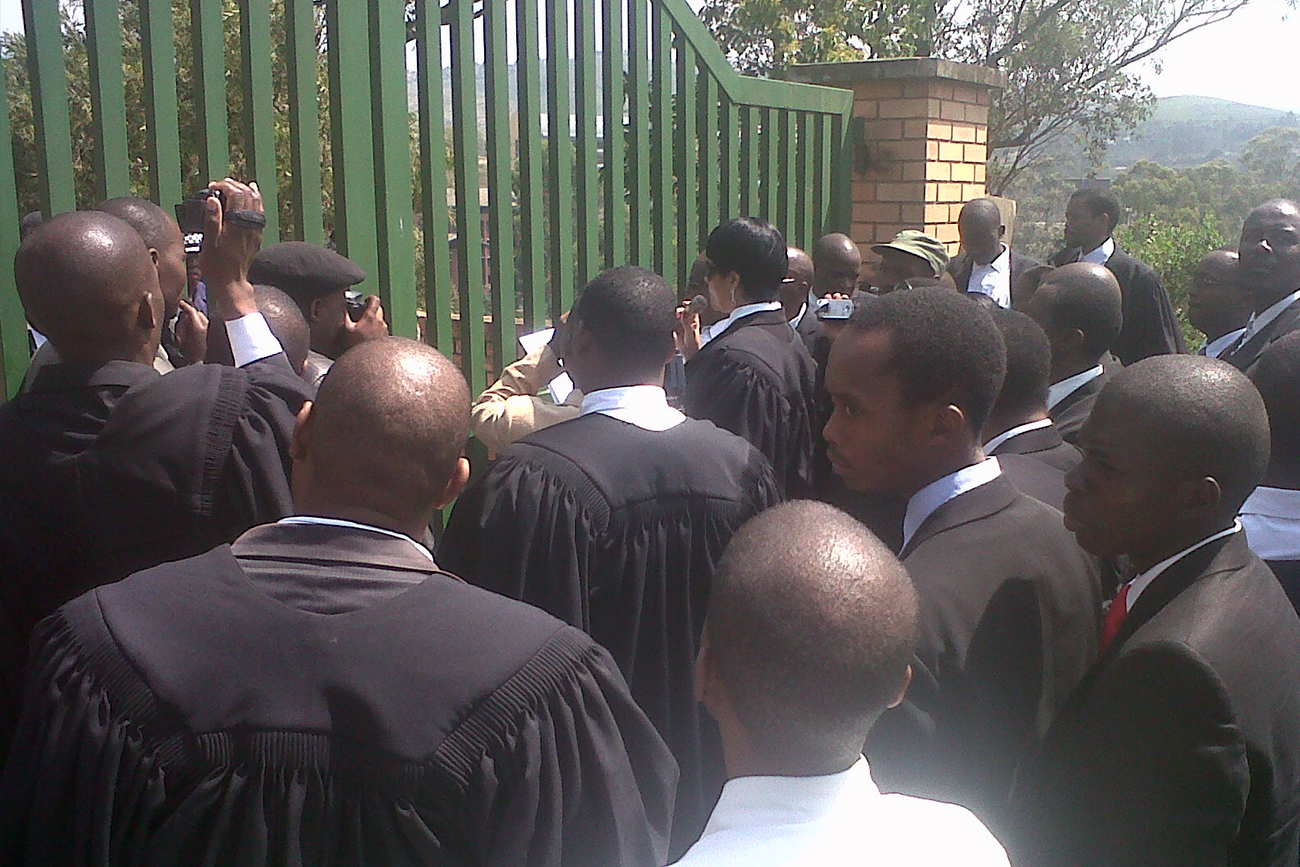 Regarding the presidential office, ZANU-PF succeeded, in their own words, in postponing more democratic processes by a decade.  For the upcoming election, and any election in the next ten years, the President does not have to indicate his or her Vice-Presidents prior to the election. Once elected, the President can appoint Vice-Presidents of his or her choosing.  Should the President die, resign or be removed from office, the President’s political party will appoint a President. Only in the second election after the adoption of the Constitution, will the presidential term be limited to two terms. Fortunately, the current draft does not allow the President to veto legislation. The draft Constitution further requires any President to uphold the Constitution, promote unity and peace and ensure protection of fundamental rights and freedoms and rule of law. Whether anyone will challenge the President if he fails to do so, is an open question.

The latest draft Constitution excludes many of the populist provisions previously advanced by ZANU-PF, such as sections on economic empowerment of war veterans and rights of youth to entertainment and recreation. The latest draft also does not contain previously proposed sections criminalising homosexual practices, or limiting reproductive choices to family planning. Prohibitions against dual citizenship and same-sex marriages persist in the draft Constitution.

The Bill of Rights protects a range of fundamental human rights which can only be limited by a law of general application and to the extent that the limitation is fair, reasonable, necessary and justifiable in a democratic society based on openness, justice, human dignity, equality and freedom. The death penalty remains included in the latest draft Constitution but may not be imposed on women. The draft Constitution provides that pregnancy may be terminated in accordance with an Act of parliament which protects the lives of unborn children.

In keeping with international standards, the latest Constitution prohibits discrimination on any of the listed grounds unless it is established that such discrimination is fair, reasonable and justifiable in a democratic society based on openness, justice, human dignity, equality and freedom. Pregnancy has been included in the list of prohibited grounds of discrimination whilst social status and sex remains in the list. The broad range of grounds on which discrimination will not be tolerated is encouraging.

In terms of the draft Constitution, every person is entitled to freedom from violence. Specifically, security services, police and traditional leaders may not act in a partisan manner or violate the fundamental rights and freedoms of any person. Importantly, the provisions relating to security services will be effective prior to the elections.

A positive sign is that much of the regressive wording in the ZANU-PF draft Constitution was ignored in the final draft Constitution. For example, in the ZANU-PF document, the right to demonstrate was limited to citizens and permanent residents. The right to demonstrate is now available to every person. The final draft also retained the protection of confidentiality of journalists’ sources of information.  Freedom of expression is not limited by public indecency and morality as proposed by ZANU-PF. The right to privacy includes the right not to have one’s health condition disclosed, a provision which was previously discouraged by ZANU-PF.

The draft Constitution provides for the institution of a National Peace and Reconciliation Commission. This is a hopeful sign that victims of political violence may obtain some justice. This would depend on the members appointed to the Commission and the funding allocated to it to enable it to exercise its functions. In addition, there will be an Electoral Commission, Human Rights Commission, Gender Commission, Media Commission and Anti-Corruption Commission. The office of the Public Protector has been removed and the Human Rights Commission is now also tasked with cases related to maladministration and abuse of power by State institutions. The Human Rights Commission recently faced the resignation of its chairperson, who complained that the Commission has not been provided with sufficient resources to conduct its work. The draft Constitution requires that Parliament must ensure that sufficient funds are given to Commissions to exercise their functions effectively.

The political climate in which the draft Constitution has been released does not necessarily fill one with confidence about its future as police continue to arrest and harass human rights defenders throughout Zimbabwe. That said it is a document which represents significant gains. It is however of concern that the implementation of some sections which are important in a democratic state, are postponed arbitrarily for significant time periods. The final draft Constitution must now be approved by Parliament in February, after which it will be subject to a referendum.