The government of Rwanda has cancelled the passports of several key opposition leaders in exile, rendering some of these people stateless. 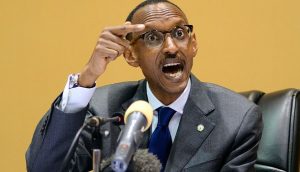 This comes after allegations that the government has been responsible for the attempted murder and harassment of its opponents in exile.

Even though the National Police of Rwanda nullified the passports of 25 exiled Rwandans in May, the 14 people on the list who live in South Africa only became aware of it recently, when some of them were trying to travel outside the country. Most of them are leaders, or related to leaders, of the opposition movement – the Rwandan National Congress – but two children, the youngest of whom is 12 years old, are also affected.

Nicole Fritz, executive director of the Southern Africa Litigation Centre, has slammed the move as an “explicit violation of international law”, because exiles have been denied a nationality and rendered stateless.

Kennedy Gihana, the secretary general of the Rwandan National Congress in South Africa, whose passport was cancelled, told the Mail & Guardian that the act was unfounded. “We never committed crimes,” said Gihana. “The only crime we have committed is that we are discontent with the way the country is being run. Those without alternate passports cannot leave the country. They cannot go back to Rwanda. So what now?”

When asked why the passports had been cancelled, Vincent Karega, high commissioner of Rwanda to South Africa, said that the reasons could only be disclosed to the individuals concerned. However, he said that “many reasons” could have motivated it. These could range from a person being implicated in “crimes” in Rwanda to a person having refugee status, which, he claimed, “is incompatible with having a passport”.

However, according to Fritz, it is not true that refugees cannot hold a passport, but only that they cannot use their passport once they have been granted refugee status.

The alleged harassment and attempted murder of various opposition leaders (see timeline, right) have sparked fear in the lives of  the Rwandan National Congress members.

“I have to look over my shoulder on a daily basis,” said Gihana.

Being harassed
“They have hired people to follow us, to know where we sleep, who we meet, what we do.”

Gihana said he is one of many people who live in fear.

“It is not me alone. It is happening all over. Others are being harassed. They are being sent [threatening] text messages on their phones. There is no Tutsi in exile who is a member of the Rwandan National Congress who is not a target.”

Gihana claimed that, even though Rwandan president Paul Kagame is also a Tutsi, he targets fellow Tutsis who oppose his government and congress members in Rwanda are also being targeted. “Kagame’s regime doesn’t know who is a member of the congress and who is not. So they are using intelligence services to track what the people are saying – in the bars, in the transport, in the taxis, in the internet cafes, in the hotels.”

Gihana, who practises as a lawyer in South Africa, said his Rwandan-based family members are also being targeted. “They have taken their land, they are being dragged into the Rwandan military intelligence office every day,” he said, adding that his father-in-law is too scared to talk to him.

However, according to Karega, these are “mere allegations levelled by individuals with a political vendetta”. Gihana’s claims, he said, are entirely based on hearsay. “Rwanda spends its major resources on productive activities for poverty reduction, not for monitoring fictitious threats. We don’t see those [people] who are raising these allegations as a voice with a credible agenda.”

No barometer
According to Karega, Gihana’s allegations come from a “tiny group of disgruntled former officials”.

Gihana believes that the  Rwandan National Congress is a “revolution”. Although there is “no barometer” to measure the number of  the congress supporters in Rwanda, Gihana is confident that it is “growing rapidly”.

He believes the growing popularity of the Rwandan National Congress is because it appeals to the unity of all tribes. “We are trying to make sure that this country belongs to all of us – regardless of which tribe we come from. The national congress’s aim is to heal the wounds of the past. What we want is reconciliation – real reconciliation.”

A recent United Nations report implicates Rwanda’s defence minister in the M23 rebel group that invaded the eastern part of the Democratic Republic of Congo (DRC) a fortnight ago. According to Gihana, the Rwandan government was targeting the area because it was a border where the opposition, such as the Rwandan National Congress, could attack.

Fritz Nganje, researcher for the Institute for Global Dialogue, told the M&G: “there is little doubt… of Rwanda’s interference in the eastern DRC, to promote both its security and economic interests. Rwanda has a genuine cause to defend its government and territory from the threats of rebel groups operating from the east of the DRC.”

Karega dismissed these claims. “There was no need for Rwanda to invade Congo when both governments were conducting joint operations to tackle the prevalence of multiple armed groups in the DRC,” he said.

Changing perception
Nevertheless, according to Amy Niang, who lectures in international relations at the University of the Witwatersrand, decisions by Kagame’s traditional financial backers to decrease aid to the country signal the once supportive West’s changing perception of his regime.

Partly due to a “guilt-ridden conscience”, the United Kingdom and the United States have heavily supported the Kagame government, said Niang.

Nganje agreed, citing the US and UK backing of Rwanda’s 1996 invasion of the DRC.

However, “such support has been toned down”, due to accusations against Rwanda for its “violent looting” of the place, Niang said.

The US decision to cut aid to Rwanda could be a turning point, she continued.

“This decision might signal an end to the exceptionality treatment and reverence for [Paul Kagame] – one of Africa’s most intriguing leaders.”