Q and A: Cormsa V president of the Republic of South Africa and others – everything you need to know about the Nyamwasa case

Home » Q and A: Cormsa V president of the Republic of South Africa and others – everything you need to know about the Nyamwasa case 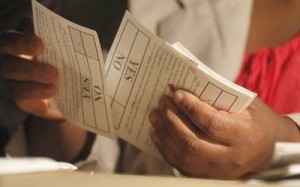 On 29 and 30 October 2012 the North Gauteng High Court in Pretoria will hear argument in Consortium for Refugees and Migrants Rights in South Africa (CoRMSA) v President of the Republic of South Africa and Others. CoRMSA, with the support of SALC and legal representation of the Wits Law Clinic, will argue that former Rwandan general and suspected war criminal, Faustin Kayumba Nyamwasa, is not eligible for refugee status. This Q and A will tell you everything you need to know about the case. For live updates from the Court room follow SALC on twitter @follow_SALC and visit the SALC website for even more information.

What is this case about?

This case concerns the judicial review of the decision of the South African authorities to grant refugee status to a former Rwandan general and suspected war criminal, Faustin Kayumba Nyamwasa, in June 2010. This case is being brought by the Consortium for Refugees and Migrants Rights in South Africa (CoRMSA) and is supported by the Southern Africa Litigation Centre (SALC). It raises a number of issues, including:

This case will be heard on 29 and 30 October by Judge Mngqibisa-Thusi of the North Gauteng High Court in Pretoria.

Nyamwasa is a Rwandan national and former general in the Rwandan Patriotic Army (RPA). Nyamwasa was a high-ranking member of the RPA between 1990 and 1998, during which time he was in command of troops stationed on the border between the Democratic Republic of Congo (DRC) and Rwanda.  Between 2002 and 2005, Nyamwasa held the position of Secretary-General in Rwanda’s National Security Services and in 2005 he was appointed as Rwanda’s ambassador to India, a position he held until early 2010.

Nyamwasa was a close ally of Rwandan President, Paul Kagame. However this relationship became strained following Nyamwasa’s political criticisms of Kagame. After being accused of corruption and embezzlement, Nyamwasa fled Rwanda to South Africa. In January 2011, Rwanda’s Military Court sentenced Nyamwasa, in absentia, to life imprisonment for his alleged involvement in grenade attacks on Kigali.

In June 2010 the media reported that Nyamwasa was shot in Johannesburg. He has blamed Kagame for orchestrating the attack – an allegation which the Rwandan government strongly denies. The men allegedly responsible have been arrested and criminal proceedings against these individuals are ongoing. Shortly after the shooting, the South African authorities granted Nyamwasa and his family refugee status.

South Africa is party to both the United Nations Refugees Convention and the Organisation of African Unity Convention Governing the Specific Aspects of Refugee Problems in Africa. The country has also incorporated its international refugee obligations into South African law by way of the Refugees Act 120 of 1998. The Refugees Act, in accordance with international practice, contains an exclusion clause which states that “a person does not qualify for refugee status for the purposes of this Act if there is reason to believe that he or she has committed a crime against peace, a war crime or a crime against humanity, as defined in any international legal instrument dealing with any such crimes” The reason to believe standard is a low standard of proof and not to be equated with the criminal standard of proof beyond reasonable doubt.

The rationale for excluding suspected international criminals from refugee status is two-fold: to protect the institution of refugee status from being abused by those who are undeserving and to ensure that those who have committed grave crimes do not escape prosecution.

Despite calls by CoRMSA and SALC on the South African authorities to revisit and justify the decision, no response was received and no action was taken. This precipitated the initiation of legal proceedings, and CoRMSA and SALC are arguing that the decision:

The South African authorities allege that the evidence available to them, including that presented by CoRMSA in the briefing paper, does not constitute a “reason to believe” that Nyamwasa committed war crimes and crimes against humanity, and that therefore the exclusion clause in the Refugees Act does not apply. The respondents, absent justification or substantiation, contend that the evidence is not sufficient to conclude that there is reason to believe that Nyamwasa may have been involved in the commission of international crimes.

Additionally, the authorities maintain that the Refugees Act requires that all refugee applications be confidential and that the information used in reaching the decision to grant Nyamwasa refugee status cannot be disclosed. Despite international case authority and policy documents that this confidentiality is not to be abused so as to frustrate the purpose and objects of refugee law the South Authorities have insisted that the Refugees Act does confer blanket confidentiality on all asylum applications.

CoRMSA and SALC are asking the Court to set aside the decision to grant Nyamwasa refugee status and for the authorities to reconsider the decision in light of the obligations inherent in the exclusion provision of the Refugees Act and to report back to the Court within an agreed upon time frame.

No. This case is only concerned with his eligibility for refugee status. If Nyamwasa’s refugee status is revoked South Africa will have to decide, within the parameters of South African and international law and with due consideration being given to Nyamwasa’s human rights, how to proceed, bearing in mind that the allegations against Nyamwasa trigger international criminal law considerations and obligations To do nothing is therefore not an option.

South Africa has rejected Rwanda’s extradition request. CoRMSA and SALC support this decision and maintain that given the political climate in Rwanda Nyamwasa should not be returned to Rwanda as he would be at risk of persecution. The same concerns however are not true of Spain and France and South Africa should apply their minds to these requests.

Yes. This decision has implications beyond Nyamwasa.

The decision to grant or not to grant an individual refugee status is an important exercise of public power, and one with far-reaching effects. Refugee laws provide protection to the vulnerable and persecuted.  Also of importance – and central to this case – is that refugee and immigration laws, if administered properly, safeguard a country from becoming home to persons attempting to evade justice for serious international crimes. In this respect exclusion clauses feature in all national laws and international instruments dealing with refugees and prohibit states from granting refugee status to persons accused of war crimes, crimes against humanity and genocide. The proper administration and application of the exclusion clauses therefore also has the potential to complement efforts at accountability for international crimes.

Porous borders and immigration procedures however are susceptible to abuse and maladministration and may result in countries becoming safe havens for perpetrators of heinous crimes under the guise of being refugees.

Refugee law is however intended to prevent this state of affairs. All countries are under a legal duty to ensure that only the vulnerable, and not those who cause vulnerability, are afforded the protections and rights accorded by the grant of refugee status. The overarching importance of preserving refugee status for only those who are in genuine need of protection is integral to maintaining the credibility and integrity of the refugee protection regime, if not its sustainability.

Finally, the authorities’ reliance on their claim that refugee applications attract blanket confidentiality is also a matter of great concern. The authorities appear to be hiding behind this claim and avoiding accountability for their decisions – in effect arguing that decisions of this nature are immune from judicial scrutiny. In a constitutional democracy transparency is of the utmost importance and an accountable and transparent civil service is a foundational goal of our constitution. Allowing decisions taken by administrators to be shrouded by absolute confidentiality is both dangerous and unlawful as it removes the possibilities of holding those administrators accountable for actions which may have been incorrect or unlawful. This would be inconsistent with South Africa’s constitutional values.

2 RESPONSES TO “Q AND A: CORMSA V PRESIDENT OF THE REPUBLIC OF SOUTH AFRICA AND OTHERS – EVERYTHING YOU NEED TO KNOW ABOUT THE NYAMWASA CASE”

Scott says:  30 OCTOBER, 2012 AT 10:21 PM  Good write up and comforting to know this is being challenged