SALC IN THE NEWS: SOUTH AFRICA NOT THE PRETTIEST RULE-OF-LAW COUNTRY AT THE BALL

Home » SALC IN THE NEWS: SOUTH AFRICA NOT THE PRETTIEST RULE-OF-LAW COUNTRY AT THE BALL 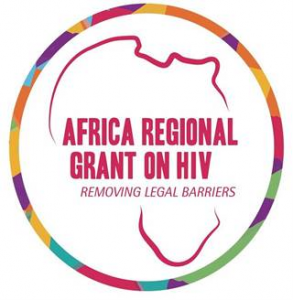 Ahead of the opening of the United Nations (UN) General Assembly in New York next week, heads of state and government will convene for a meeting on the “rule of law at the national and international levels”. This is the first time the general assembly holds such a meeting exclusively devoted to the rule of law and highlights the central place the rule of law is assuming on the national and international stages. South Africa looks to the meeting to showcase itself. It is right to do so, but its recent actions threaten to make it more the ugly stepsister than the Cinderella of this ball.

At the international level, South Africa understands the rhetorical and strategic value of the principle of rule of law: as a middle-power state, South Africa stands to benefit from it and is less vulnerable in an international order regulated by uniformly applied and enforced norms and laws. At the same time, as a middle-power state that aspires to and is often granted entry to collectives of more powerful states (such as Brics and the Group of 20), South Africa’s domestically acquired and burnished reputation for constitutionalism and rule of law can be projected on the international level as a form of soft power, enhancing its standing. The rule-of-law principle protects and promotes South Africa internationally.

That South Africa recognises this relationship is well illustrated by the fact that it is sponsoring two of the nine side events at the meeting — as if in the universe of rule of law, there is only one superpower. But it is hard to see how the role sought by South Africa — as consensus-builder on different aspects of the rule of law — will not be seriously impaired by it having so recently participated in the decision to dismantle the Southern African Development Community (Sadc) Tribunal and it being regarded by many in the international community as having sufficient regional clout to ensure that its views predominate on such matters.

One of the side events South Africa will host, alongside Finland and UN Women, is on women’s access to justice. This is also a key theme in the UN secretary-general’s report, which is intended to frame the programme of action.

The secretary-general notes that “weak legal frameworks … abet discriminatory policies and practices of institutions, limiting women’s … access to legal redress” and he proposes that member states “commit themselves to actively promoting equal access to justice, including by removing all obstacles to services that women face and to putting in place positive measures to enhance access to justice.”

Yet, while South Africa seeks a role for itself as an international champion of women’s access to justice, in its own region it has acted deliberately to undermine such measures. The Sadc Protocol on Gender and Development commits Sadc states to a host of laws and policies intended to ameliorate and advance the condition of women in the region.

The only provision in that protocol, however, that ensures that these commitments are realisable and not just illusory, is one that requires that any dispute arising from the application, interpretation and implementation of the protocol should be referred to the Sadc Tribunal for adjudication. But that tribunal is now dead and with it goes the protocol — as collateral damage.

Like South Africa, other Sadc states will probably want enthusiastically to endorse and associate themselves with the secretary-general’s proposed programme of action on the rule of law, inasmuch as he calls for the even-handed and consistent application of international law and the acceleration of UN Security Council reform — amendments likely to secure a fairer, more equitable international order.

The support of Sadc states will, however, not carry very much credibility when, far from strengthening treaty bodies and international adjudicative bodies, as the secretary-general also implores in his programme of action, Sadc states have, within the past month, acted to tear them down.

And Sadc states will not find for themselves much company at the UN’s headquarters. Their recent decision doesn’t point to any misalignment between global frameworks and regional processes. As their own continental analogues — the Ecowas Community Court of Justice and East African Court of Justice — demonstrate in safeguarding individual access, regional frameworks increasingly cohere with international developments.

But in Sadc at least, South Africa looks pretty.