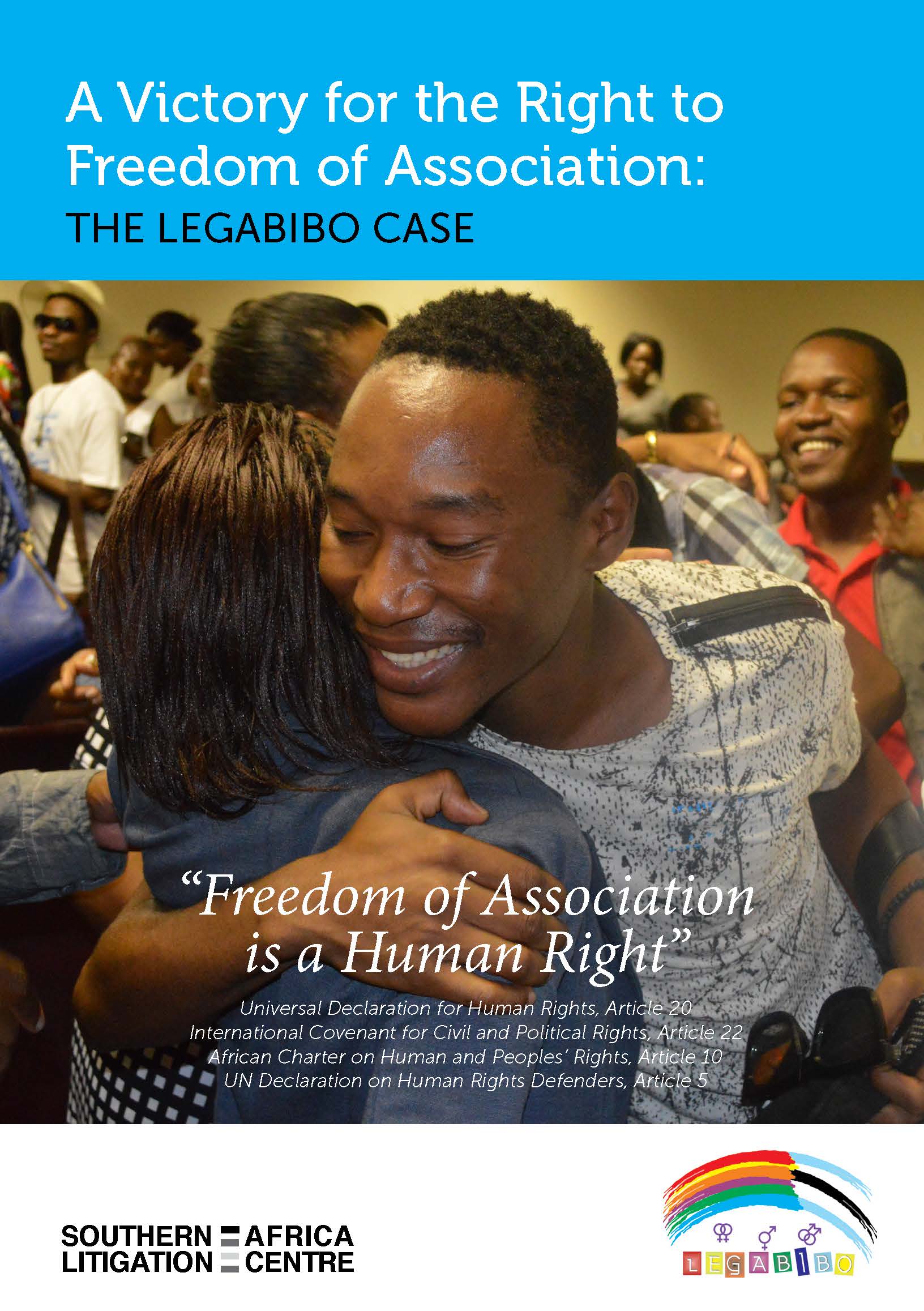 During the last two weeks of May 2012, police in Harare once again conducted operations to arrest women in bars and night clubs. According to the Harare police, these operations were part of an effort to reduce touts, street children and prostitution in the city. Zimbabwean human rights organisations have expressed dismay at these arrests, claiming that they discriminate against women who are randomly targeted for arrest simply for patronising a bar. Zimbabwe Lawyers for Human Rights provided legal services to some of the women who were arrested by the police.

During the March 2012 hearings of the UN Committee on the Elimination of Discrimination Against Women on Zimbabwe, the government proudly explained that they were addressing prostitution through a zero-tolerance approach, referring specifically to a similar crackdown on sex workers in 2004. Yet, the government could not show that such an approach produced any positive results. The CEDAW Committee further noted that the disproportional and discriminatory impact of such arrests on women might be the result of “social beliefs that women should not be found in certain places at certain times”.

Research has shown that many poor women (and men) resort to exchanging sex for cash, food, clothing and shelter and to provide for their families. Economic determinants and continuous client demand means that sex work cannot be eradicated through a criminal law approach, and attempting to do so is futile.

The Zimbabwe Demographic and Health Survey (ZDHS) 2010-11 released by the National Statistics Agency in March 2012 revealed that a quarter of all men who are currently married or living with a partner, have at some stage paid for sexual intercourse. Men who had paid for sex were represented across different income groups and education levels. In total almost one in five men in Zimbabwe between 15 and 54 years of age has ever paid for sex. So a significant section of the population has used the services of sex workers. Nevertheless, the low numbers of men (3%) who have paid for sexual services in the last year and the high rates of condom use on such occasions (88%), suggests that sex work is not as big a “problem” as many suggest. Comparing this information to the 2005-2006 ZDHS further shows no increase in the use of paid sexual services, and reveals that condom use during paid sex has consistently increased. In contrast, condom use is much more of a concern amongst young men: Men aged 15 to 24 were more likely than women to report multiple sexual partners in the past year (8%/1%) and only half of these men reported that they used a condom during their last sexual intercourse.

Currently, the act of selling or buying sex is not criminalised in Zimbabwe. Criminal laws however target acts which are potentially abusive towards sex workers, as well as acts which cause offence to or is a nuisance for the general public. The Criminal Law (Codification and Reform) Act (2004) prohibits disorderly conduct in a public place; being a criminal nuisance; public indecency; and publicly soliciting another person for the purpose of prostitution. The law does not anticipate convictions for matters of a trivial nature. Acts of public indecency must also be sufficiently serious to warrant punishment (i.e. it must be persistent and cause serious offence to a person who witnessed the conduct). The new Act repealed the Sexual Offences Act and the Miscellaneous Offences Act although police continue to arrest sex workers on charges of “loitering for the purpose of prostitution” which is no longer a criminal offence.

The more protective provisions in the Act relate to prohibitions for living off the earnings of or facilitating prostitution (including someone who keeps a brothel or who blackmails sex workers); procuring; coercing, inducing or detaining persons to engage in sexual conduct; and allowing a child to become a prostitute. In theory, the fact that laws exist which are aimed at protecting sex workers, suggest that sex workers should be able to approach police for assistance, but this is not the case.

Research conducted by the African Sex Worker Alliance in 2011, shows that sex workers in Zimbabwe often face harassment by police who bribe them, steal from them and assault them:

“The police are a huge problem. One night you can work and then all your money is just taken by the police. Police are really making big money from robbing sex workers.” “Police… usually stand outside night clubs, they arrest you and tell you that you are loitering, so when I don’t have money to bribe, they demand sex.”

“I remember when the riot police once picked us up, we were severely beaten, insulted and mocked by the police, I won’t forget that day. I was badly injured.”

“The police are very abusive and they treat us like animals.”

The disjuncture between criminal procedure laws and how they are implemented in practice when it comes to sex workers has been well researched. Yet, this shortcoming is not easily acknowledged or addressed by police departments and individual police officers. In countries where a zero-tolerance approach to sex work has been used, the clampdown on activities in one area inevitably moved it to another area. Thus policing of minor offences is often time-consuming and counter-productive, placing strain on police resources.

In democratic police systems, police powers must be used according to the rule of law and the power given to the police must be used with restraint and proportional to the crime it seeks to address. This is not the case in countries where police brutality is generalised, as is the case in Zimbabwe. The police are simply not seen as publicly accountable, legitimate or neutral and there is little respect for human dignity. But even if people generally abhor the brutality of the Zimbabwean police, somehow police abuse of sex workers is justified by some people. Surely, the unnecessary use of force against civilians by the police should never be tolerated?  What is required is a senior police and political leadership which is committed to accountability, and which understands that the police must be exemplary in their restraint from the use of violence. Police should be expected to uphold human rights.

Allowing police to continue to harass and abuse sex workers sends a confusing message to police that police brutality will continue to go unpunished. This is not a good trend to perpetuate in Zimbabwe. Looking towards the future, one wants a situation where sex workers have positive experiences of police, where police respect the constitutional rights of all people and where there is much closer cooperation between sex workers and the police to prevent crime, nuisance, child prostitution and trafficking. This approach has been shown to be far more effective than a clampdown against sex workers.

Securing the Rights of People Living with HIV in the Workplace: